Russia, Turkey back Venezuela’s Maduro, while West turns up heat

File photo. A supporter of Venezuelan President Nicolas Maduro waves a flag during a motorcade in his honor in Caracas, Venezuela, 7 January 2019. [Miguel Gutierrez/EPA/EFE]

Venezuelan opposition leader Juan Guaidó declared himself interim leader on Wednesday, winning the support of Washington and parts of Latin America. That prompted socialist President Nicolas Maduro, who has led the oil-rich nation since 2013, to sever diplomatic ties with the United States.

The prospect of Maduro being ousted is a geopolitical and economic headache for Moscow which, alongside China, has become a creditor of last resort for Caracas, lending it billions of dollars as its economy implodes. Moscow has also helped its military and oil industry and provided wheat.

“We consider the attempt to usurp sovereign authority in Venezuela to contradict and violate the basis and principles of international law,” Kremlin spokesman Dmitry Peskov said.

The Russian Foreign Ministry said an outside military intervention could have “catastrophic consequences.”

The European Union, which has imposed sanctions on Venezuela and boycotted Maduro’s swearing-in for a second term earlier this month, took a more nuanced tack.

Although it stopped short of following Washington and recognising Guaidó as interim president, it appealed for him to be protected and appeared to support calls for a peaceful transition of power away from Maduro. 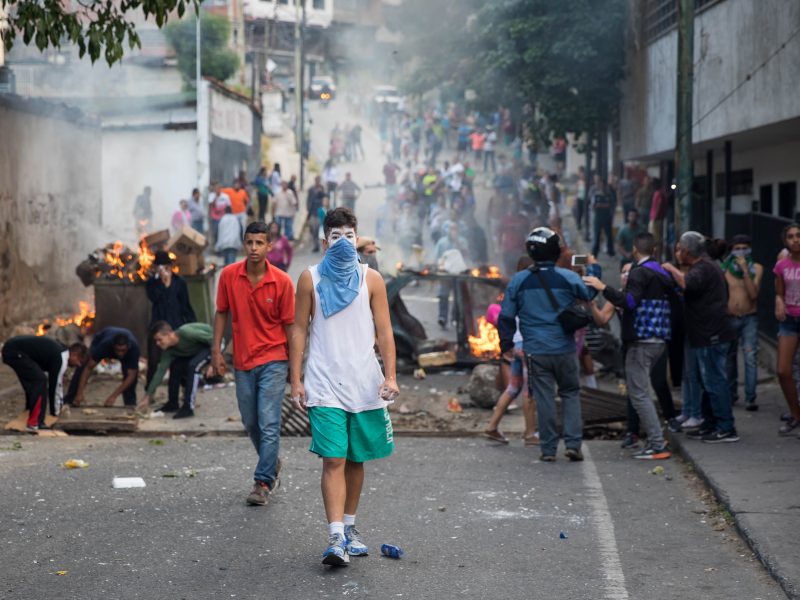 “The people of Venezuela have massively called for democracy and the possibility to freely determine their own destiny. These voices cannot be ignored,” the 28-nation bloc said.

The biggest group in the European Parliament, the centre-right European People’s Party, said it recognised Guaidó as interim president and would call on the whole parliament to do so next week as a senior lawmaker urged Maduro to quit.

Britain said Maduro’s 2018 election was neither free nor fair and expressed support for Guaidó.

There was nervousness about how far the EU could go however.

“The problem is that we can’t recognise somebody who was not elected democratically,” said one EU diplomat. “That would create a dangerous precedent for any other person who would want to proclaim themselves the president of something.”

One response to “Russia, Turkey back Venezuela’s Maduro, while West turns up heat”