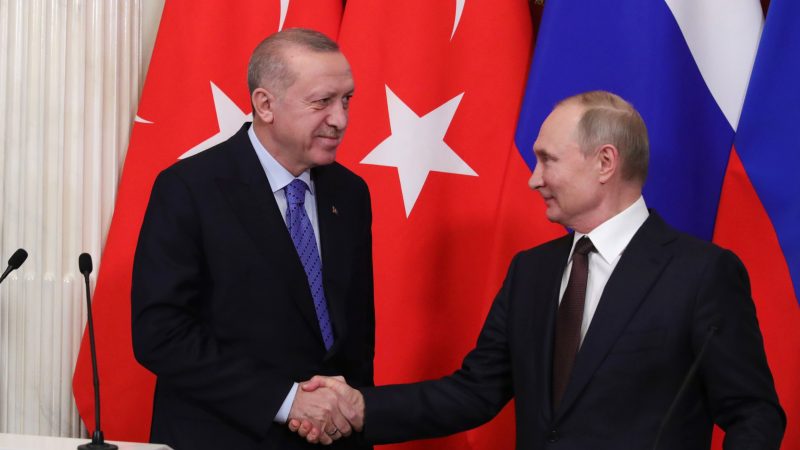 Both Russia and Ukraine are open to the idea of Turkey playing a role to ease tensions between the two countries, as proposed by Ankara in November, Turkish diplomatic sources said on Thursday (20 January).

Turkey is also holding talks on hosting the next meeting of the OSCE Minsk Group, at which Ukraine’s eastern Donbass region will be discussed, the sources told reporters on condition of anonymity.

No date has been set for an Istanbul meeting but representatives from Russia, Ukraine, the OSCE Minsk group and from Donbass were expected to attend, they said, adding the group would meet “frequently”.

Kremlin spokesman Dmitry Peskov told RIA news agency that there have been no preparations for such a meeting.

“There is nothing on this meeting,” he was quoted as saying, adding that Ukraine has not abided by the Minsk accords on settlement of conflict with pro-Moscow rebels, while Ukraine is being supplied by weapons.

Western countries say they fear Russia is planning a new assault against Ukraine after it massed tens of thousands of troops near the border in recent months. Moscow denies planning an attack.

“Both Russia and Ukraine are warm to Turkey’s mediation,” one of the sources said.

NATO member Turkey has good ties with both Kyiv and Moscow, but opposes Russian policies in Syria and Libya, as well as its annexation of the Crimean peninsula in 2014.

President Recep Tayyip Erdoğan said on Thursday he would be going to Ukraine in early February and hoped to bring together Russian President Vladimir Putin and Ukrainian President Volodymyr Zelenskiy soon.

“A psychology of war in the region upsets us, as a country that has ties with both sides. Our wish is to bring Mr. Putin and Mr. Zelenskiy together as soon as possible,” Erdoğan told a news conference in Ankara.

Ukraine has welcomed Turkey’s involvement in negotiations with Russia. Zelenskiy said in November he had asked Erdoğan to pass on a list of prisoners to Putin for a potential prisoner swap, though the swap never took place.

Ukraine has also bought Turkish drones to use in its war against Russian-backed forces in eastern Ukraine, angering Moscow, and agreed a deal with Ankara on manufacturing the drones locally this year.

Ankara said two months ago it was ready to be a mediator in the crisis, an offer Moscow dismissed at the time. It has also said sanctions on Russia are not a solution, though the European Union threatened on Thursday “massive” sanctions if there is an attack.

Speaking about Turkey’s proposals, Peskov told reporters on Wednesday, “If our Turkish partners are able to influence Kyiv and the implementation of the earlier reached agreements, this could only be welcomed.”