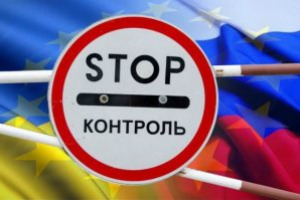 Putin repeated a promise he made at the EU-Russia summit on Tuesday to honour the lifeline agreement with Ukraine in full (see background), but left open the timing of the next aid installment as Kiev struggles to calm more than two months of turmoil since President Victor Yanukovich walked away from a treaty with the European Union.

A day after Prime Minister Mykola Azarov resigned on Tuesday, hoping to appease the opposition and street protesters, Russia tightened border checks on imports from Ukraine in what looked like a reminder to Yanukovich not to install a government that tilts policy back towards the West.

Putin had less of a sense of urgency. "I would ask the [Russian] government to fulfill all our financial agreements in full," he said, repeating a promise made on Tuesday after the government resigned in Kiev.

However, he signalled that the latest installment was on hold in remarks he made during a meeting with senior government officials, extracts of which were broadcast later on Russian TV.

"Let's wait for the formation of a Ukrainian government," he said, before telling the meeting, "But I ask you, even in the current situation, not to lose contact with our [Ukrainian] colleagues," adding that discussions should continue before a new government is formed.

Putin agreed to the aid package with Ukraine in December, throwing the ex-Soviet state a lifeline in what the opposition and the West regard as a reward for scrapping plans to sign political and trade deals with the EU and promising to improve ties with Russia.

Alarm about Ukraine is growing in the West. German Chancellor Angela Merkel telephoned Putin and Yanukovich on Wednesday, urging a constructive dialogue between the government and opposition in Kyiv. "The situation must not be allowed to spiral again into violence," a German government spokesman quoted her as saying.

NATO Secretary General Anders Fogh Rasmussen was more forthright, blaming Russia for Kiev's failure to sign the EU deals. "An association pact with Ukraine would have been a major boost to Euro-Atlantic security, I truly regret that it could not be done," he told the French newspaper le Figaro. "The reason is well-known: pressure that Russia exerts on Kyiv."

U.S. congressional aides said on Wednesday that President Barack Obama's administration was preparing financial sanctions that could be imposed on Ukrainian officials and protest leaders if violence escalates in the political crisis gripping the country.

Obama referred to Ukraine in his State of the Union address on Tuesday, voicing support for the principle that all people have the right to free expression

Lawmakers loyal to Yanukovich offered an amnesty to people detained in anti-government protests – but only if activists first vacate occupied public buildings in Kiev and elsewhere, a condition they previously rejected.

Ukraine badly needs the Russian money. Figures compiled by UniCredit bank before the bailout put its gross external financing requirements at $3.8 billion in the first three months of this year alone, including $2.29 billion (€1.67 billion) for gas that is covered by the deal with Moscow.

That rises to $5.5 billion (€4 billion) in April-June, including repaying a $1 billion bond that matures then. Altogether, the government would need $17.44 billion (€12.76 billion) this year to pay its foreign bills, including for Russian gas.

The EU's foreign policy chief, Catherine Ashton, called for sincere discussion during Ukraine's crisis. "The dialogue which has happened from time to time needs to become a real dialogue. We hope to see real progress in these coming days. Time is really of the essence," she said after meeting Yanukovich.

In an apparent sign of further pressure from Moscow, the Ukrainian association of producers said Russia had started extra border checks, backed by demands for increased duties, on cargoes of food and machinery being shipped into the country by road and rail.

Russia took similar action in August in what was seen as part of Moscow's campaign to dissuade its neighbour from signing the association and trade agreements with the EU.

Ukraine has been gripped by mass unrest since Yanukovich walked away from the EU deals last November.

Leonid Kravchuk, the first president of independent Ukraine, stressed the depth of the crisis on Wednesday.

"The state is on the brink of civil war. We must call what is happening by its proper name. What is happening is revolution because we are talking about an attempt to bring about a change of power," he told parliament.

With Yanukovich and loyalist deputies in parliament now making concessions to defuse the crisis and with Azarov, a Russian-born hardliner, gone there had been speculation that Moscow might slow or even halt the stream of aid.

But acting Prime Minister Serhiy Arbuzov appeared to have been cheered by Putin's promise on Tuesday to extend the $15 billion in credits and cheaper gas.

"We have already received the first tranche of $3 billion and expect to receive the second tranche of $2 billion very soon," he said, chairing his first Cabinet meeting. Russia is offering the funds by buying Ukrainian government bonds.

In Kyiv, opposition deputies and Yanukovich loyalists were in back-room talks on Wednesday over the wording of a draft law under which protesters detained by police would get amnesties.

In an unusual move, Yanukovich himself went to parliament to intervene in the debate. There was no immediate response from protesters to the late-night passing of a law that would amnesty detainees if occupied buildings were first cleared. The opposition in parliament had abstained on the vote.

Although the unrest began because of Yanukovich's U-turn on policy towards Europe, it has since turned into a mass demonstration, punctuated by violent clashes between radical protesters and police, against perceived misrule and corruption under Yanukovich's leadership.

Anti-Yanukovich activists have also stormed into municipal buildings in many other cities across the sprawling country of 46 million. Hundreds of protesters in Kiev have occupied City Hall and the main agriculture ministry building.

Opposition leaders, including world champion boxer-turned-politician Vitaly Klitschko, have resisted demands by Yanukovich's Regions Party for barricades to be removed from roads and for protesters to leave occupied buildings as a pre-condition for an amnesty for detained activists.

Klitschko, in a comment that also highlighted the tenuous control the opposition leaders have over sections of the protest movement, said, "For us to simply say to people 'You have done your job, now go home' is now not possible."

In a big concession to the opposition and the protest movement, pro-Yanukovich deputies voted on Tuesday to repeal a series of sweeping anti-protest laws they brought in hastily on 16 January in response to increasingly violent clashes.

But opposition leaders, who also include former Economy Minister Arseny Yatsenyuk and nationalist Oleh Tyahnibok, have won a mandate from protesters on the streets to continue to press for further gains from Yanukovich.

The opposition also wants a return to the previous constitution, which would represent another significant concession since it would reduce Yanukovich's powers.

Speculation that Russia might cut the financial lifeline it has offered prompted the Standard & Poors agency to cut Ukraine's credit rating to CCC+ on Tuesday.

The new Prime Minister Serhiy Arbuzov, installed following the resignation of Azarov, said the central bank was ensuring stability on the financial markets and he made no mention of any changes to his predecessor's policy of keeping the hryvnia currency pegged close to the dollar and maintaining subsidies for domestic gas – both criticised by the International Monetary Fund.

EU foreign affairs chief Catherine Ashton issued a communiqué during her visit to Ukraine, saying that she has been “ very shocked” by the reports that many of her interlocutors had been giving her on the situation.

“And of course one of the most important aspects that we need to address is the prevention of violence and intimidation. I am very worried about people who appear to be missing. There is much talk when you discuss this with many people about the concept of people almost being taken hostage. And wherever it comes from, the sense of violence and intimidation, it must stop”, Aston states.

Referring to the talks between Yanukovich and the opposition , she said that this dialogue “that has happened from time to time needs to become a real dialogue”.

“It seems to me that from looking from the outside, from the information we have, that there is a real opportunity that must be grabbed right now, to get a serious dialogue going between different parties, people, in order to try and address the concerns the people generally have about the future of the country and to bring people together”, she said.

Ashton said that it was time “to think about the Constitution and constitutional reforms”, and then “moving further forward, to think about forthcoming elections, free and fair elections, that will take place in the future and the importance of engagement of those who can help support that process”.

The prime ministers of the Visegrad Four countries adopted a joint statement concerning the situation in Ukraine at a meeting held in Budapest on Wednesday evening.

Hungarian Prime Minister Viktor Orbán, Poland’s Donald Tusk, Czech premier Bohuslav Sobotka and Robert Fico of Slovakia expressed deep concern over Ukraine’s “dramatic developments” and wrote in the statement that as Ukraine’s neighbours they were convinced that the use of force cannot contribute to the resolution of political conflicts.

They also called on the EU to introduce a visa-free regime for Ukrainian citizens “as soon as possible”.

“We believe in the paramount importance of developing civil society, the mobility of students, independent media, as well as small and medium-sized enterprises. In this regard, introducing a visa-free regime with Ukraine as soon as possible has particular importance. We are ready to further mobilize the International Visegrad Fund to finance projects supporting development of civil society in Ukraine, facilitate people-to-people contacts and offer scholarships for Ukrainian students in V4 countries. We also call for the increase of the Erasmus+ Programme budget in order to expand the opportunity for Ukrainians to study in the EU from their current level of only a few dozen students”, the statement reads.

The leader of the centre-right EPP group in the European Parliament and EPP Vice President Jacek Saryusz-Wolski warned Ukrainian MPs who could vote in favour of the introduction of a state of emergency, that they could be hit by “personalised sanctions” by the EU.

“Discussed possibility in case of vote of state of emergency in the Ukraine's Parliament those MPs in favor might face personalised sanctions”, Saryusz-Wolski tweeted.

When asked at the 28 January EU-Russia summit whether the $15 billion loan he personally signed with Ukraine last December remained valid, even if the new government is run by the opposition, Russian President Vladimir Putin said that the money was offered against assurances for structural reform, and that Russia needed to make sure that Kyiv would repay its debt.

Putin also indicated that the financial situation of Ukraine was not good, as in his words Kyiv had asked for a delay in payments for this year, for gas on discounted prices. “It is a difficult situation for us, for Gazprom, because these incomes were planned,” he said.

“But we will continue the dialogue with our partners in Ukraine, no matter who will lead the government,” he said.

“We will not reconsider our credits or gas price if the opposition comes to power,” Putin repeated, having been asked the same question again.

0 responses to “Russia ups the economic pressure on Ukraine”