“We have been suggesting to the Gulf countries to think about collective security mechanisms … starting with confidence building measures and inviting each other to military exercises,” Lavrov told a security conference in Delhi.

Tensions in the Gulf have risen following the US killing of Iranian military commander General Qassem Soleimani and a retaliatory missile attack by Iran on US forces in Iraq.

“Since I mentioned about Persian Gulf, we are very much concerned about what is going in there,” Lavrov said.

Sergey Lavrov, @mfa_russia: 'The old deficiencies of the Security Council need to be addressed. India and Brazil need their due representation in global affairs. We need to support multi-polar order for this to happen' #RaisinaDialogue2020 pic.twitter.com/LxNez6hNJG

Iran’s Foreign Minister Mohammad Javad Zarif is also attending the conference in Delhi that comes just a day after Britain, France and Germany formally accused Iran of violating the terms of its 2015 agreement to curb its nuclear program, which eventually could lead to the reimposing of UN sanctions. 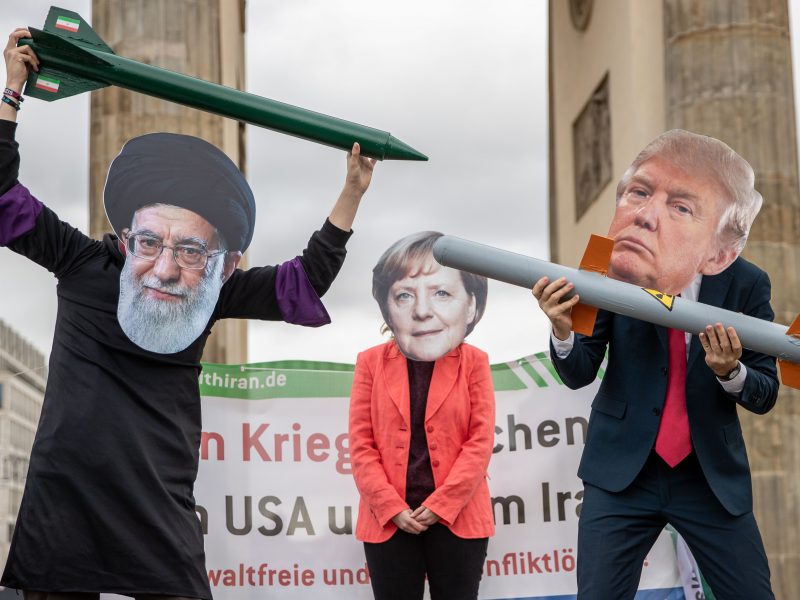 Iran’s Fars news agency quoted Zarif as saying overnight that the use of the dispute mechanism was legally baseless and a strategic mistake.

Lavrov said unilateral sanctions were a problem in today’s world.

“So the 21st century is the time when we must get rid of any methods of dealing in international relations which smack of colonial and neo-colonial times. And sanctions, unilaterally imposed sanctions, they are not going to work.”

After pulling out of the Iran deal, the United States slapped sanctions back on Iran and has gradually increased its “maximum pressure” campaign targeting the Islamic Republic’s revenues from oil, mining and other industries.

British Prime Minister Boris Johnson called on Tuesday for US President Donald Trump to replace the Iranian nuclear deal with his own new pact to ensure the Islamic Republic does not get an atomic weapon.

Trump said in a tweet he agreed with Johnson for a “Trump deal”.

US Deputy National Security Adviser Matthew Pottinger will also be addressing the Delhi meeting on Thursday.