According to Moscow, the 30 September referendum is invalid, while the West is pushing through the introduction of “dictated changes” through Parliament unlawfully.

94.18% of the participants to the referendum answered “yes” to the question whether they support EU and NATO membership by accepting the agreement struck between the Republic of Macedonia and Greece in June 2018 in Prespa. However, the turnout was  only 36.89%, well below the 50% legal threshold.

This, however, did not prevent the West from hailing the referendum result.

The Macedonian government took the issue to Parliament, where a 2/3 majority is needed to make the necessary constitutional changes and rename the country as North Macedonia, ending a long-standing row with Athens and opening the door to the country’s NATO membership and the start of EU accession talks.

The parliament vote was initially expected on 15 October. The latest reports say it could take place on Friday (19 October), but it can also be delayed for early next week. The outcome remains uncertain. 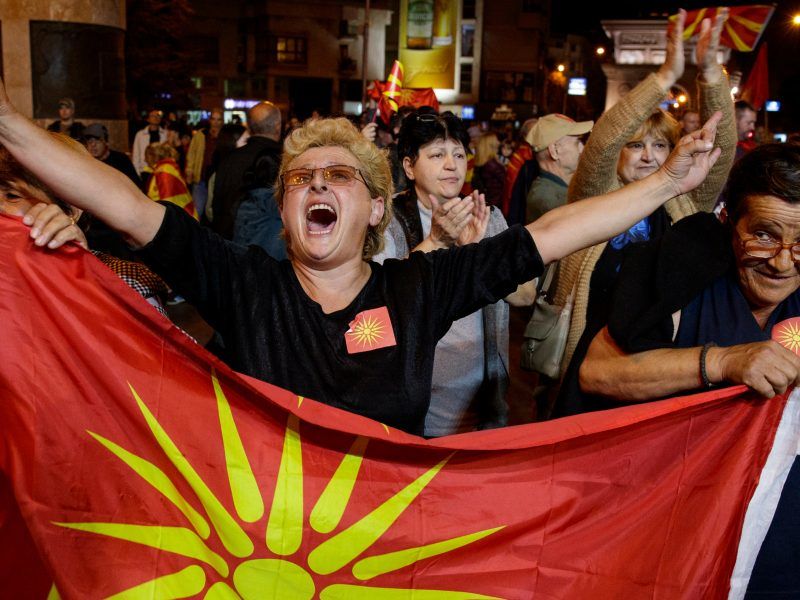 Russia denounces the “squall of appeals from overseas”, which “literally came down on the opposition deputies, calling for not to miss the ‘historical chance’, with promises of various kinds of bonuses for the right choice”.

In particular, the Russian MFA decries what it says is a public letter by the US assistant secretary of State Wess Mitchell to Hristijan Mickoski, the leader of the opposition VMRO-DPMNE, “dictating him how to behave”.

“There is a continuation of the roughest interference of the US and the EU in the internal affairs of Skopje, the level of which has already crossed all conceivable boundaries. For the goal — the engagement of Macedonia into NATO — must be achieved at any cost”, the communiqué goes further.

Russia reiterates its position that a long-term solution to the dispute between Skopje and Athens can only be found by the parties themselves, without external pressure and imposing artificial deadlines and conditions, relying on broad public support, “exclusively within the framework of the legal field and UN Security Council resolution 845”.

In an interview for the Macedonian agency MIA, Russia’s ambassador to the EU, Vladimir Chizhov, says the obvious aim of the attempts to pass the deal is “to pull Macedonia into NATO as soon as possible”. He made no secret Russia is opposed to that, and argues that after attempts to “reinvent NATO”, in recent times the Atlantic Pact “rolls back to its original functions and instincts, which is bad for European global security and stability”.

US Deputy Assistant Secretary of State Matthew Palmer will travel to Skopje on Monday.

Deputy Assistant Secretary of State Matthew Palmer will travel to Macedonia on Oct 22 to discuss U.S. support for the Prespa Agreement & the importance of Macedonia’s reform agenda. He will meet with govt & political party officials, including @Zoran_Zaev & @Dimitrov_Nikola.

2 responses to “Russia: Western pressure on Macedonia crossed all boundaries”