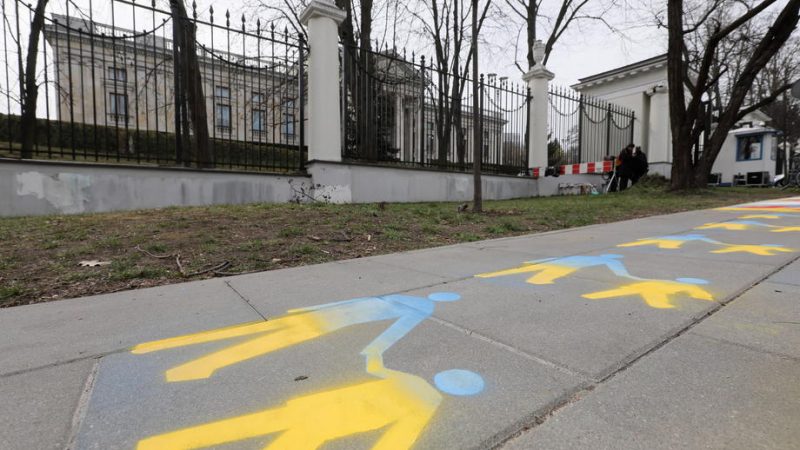 A view of the newly created 'Free Ukraine Gallery' in front of the Embassy of the Russian Federation, at Belwederska street in Warsaw, Poland, 13 April 2022. The art works will be placed on the sidewalk along the embassy's fence, calling for an end to Russian aggression and showing the suffering of the victims of the conflict. [EPA-EFE/PAWEL SUPERNAK]

Russia will retaliate against Poland if its embassy in Warsaw stops working because it cannot receive fresh funds from Moscow, its ambassador warned on Tuesday (19 April).

In March, Poland expelled 45 Russian diplomats over allegations of working for Russian intelligence and blocked the embassy’s bank accounts. Moscow, which dismissed the accusations as baseless, retaliated in kind. 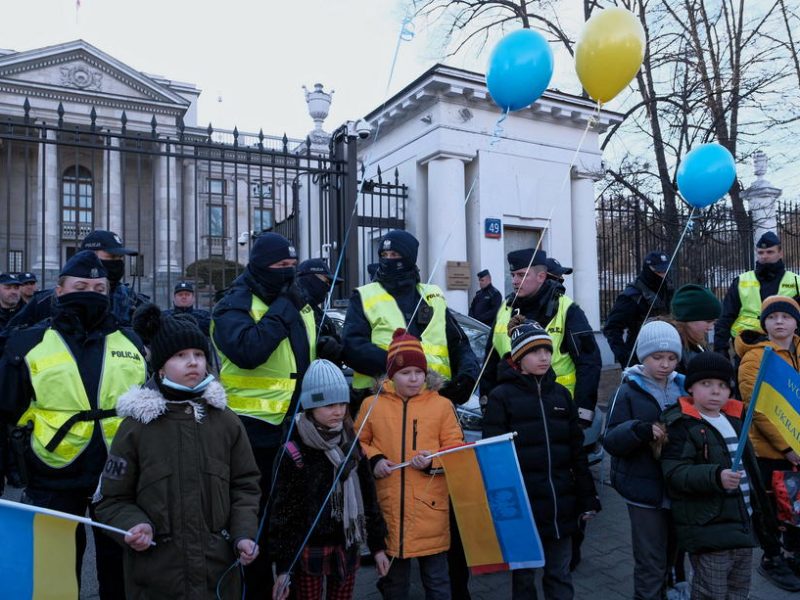 Poland’s special services asked the foreign ministry on Wednesday (23 March) to expel 45 Russian diplomats, some of whom it suspects of working for Russian intelligence under the cover of diplomatic assignments, an allegation Russia has denied.

“We have some cash reserves, but they are not unlimited and unless the situation changes, after some time it may so happen that we shall not be in a position to pay our bills,” Sergiy Andreev, 63, told Reuters.

“And it should be clear that as soon as our embassy stops functioning here, the same will happen to the Polish embassy in Moscow,” he added.

Relations between Russia and Central European countries that once formed part of its sphere of influence have long been fraught but the invasion of Ukraine has fueled fear and suspicion about Moscow’s intentions.

Andreev did not specify how soon the embassy may run out of cash, but added that about three-quarters of Russian officials who held diplomatic passports were expelled from Poland.

A spokesperson for Poland’s foreign affairs ministry said 45 Polish diplomats were asked to leave Moscow in retaliation and the Polish embassy’s bank accounts were frozen.

Andreev said that Poland’s stance towards Russia since the Ukraine crisis began on 24 February was particularly hostile, compared to other international partners.

“They are projecting this image of the most unfriendly country towards Russia, in NATO, in the EU, in Europe,” he said.

Poland’s decision to expel the Russian diplomats followed similar decisions in the Baltic states and Bulgaria. 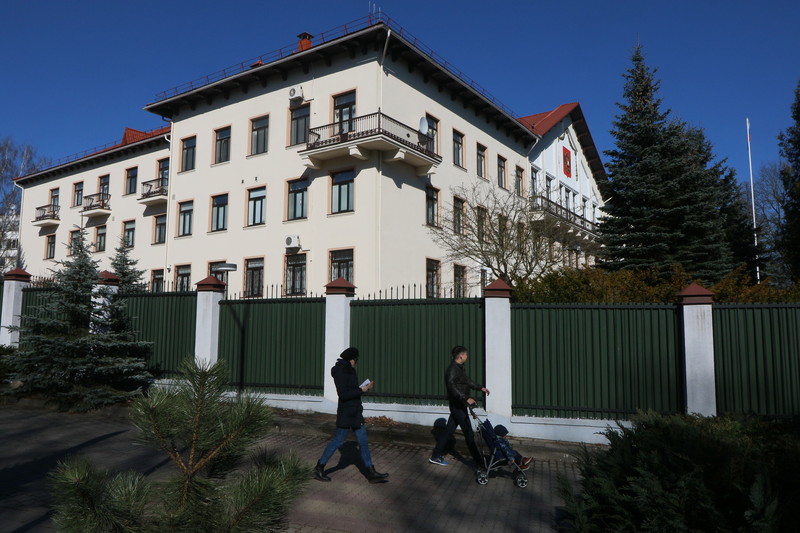 Bulgaria has expelled 10 Russian diplomats while Latvia, Estonia, and Lithuania have banished another 10 Russian diplomats between them, the foreign ministries of the respective countries said on Friday (18 March), citing their non-diplomatic activities and the spreading of Russian military propaganda.