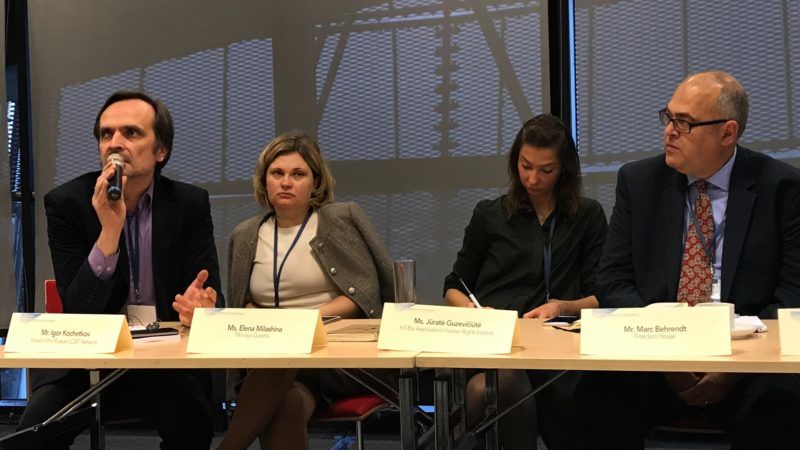 A Russian activist on Thursday (28 September) urged the European Union to press the Russian federation to investigate the alleged murder, torture and abuse of gay men in Chechnya.

The head of the Russian LGBT Network, Igor Kochetkov, also urged the EU to conduct its own criminal probe into the alleged persecution of gays in Russia’s North Caucasus region.

“Pressure should be made on the Russian federal government to investigate,” Kochetkov said at a briefing hosted by Amnesty International in Brussels.

“The second point is about (having an) investigation here in Europe collecting evidence,” Kochetkov told AFP through an interpreter following his talks with members of the European Commission and the European Parliament.

Russian newspaper Novaya Gazeta reported in March that authorities in the conservative majority Muslim region of Chechnya were imprisoning and torturing gay men.

It said authorities had detained more than 100 gay men and urged their families to kill them to “wipe clean their honour”. At least two had been killed by relatives and a third died after being tortured, it reported.

Chechnya’s strongman Ramzan Kadyrov has fiercely denied claims of a crackdown in the socially conservative region.

Russian President Vladimir Putin said he would ask authorities to check the reports.

“We continue to condemn persecution of #LGBT persons in #Chechnya. #Russia must carry out a thorough investigation" https://t.co/QZLrzRbePK pic.twitter.com/iZvRf4zeDX

Kochetkov suggested European officials gather testimony from a number of Chechen gay men who arrived in Europe after officials managed to arrange safe passage for them.

In total, he said 45 people – gay men, their partners and relatives – have left the Russian federation to seek asylum in European and other countries.

Another 36 people who were allegedly persecuted or risk persecution were currently in Russia awaiting visas to travel abroad, he added.

He urged European authorities to offer the Chechens security and help them adapt to their new lives.

The Russian activist said EU and other international condemnation after the reports emerged prompted the Chechen authorities to stop detaining gays and allow the safe passage of some outside the country.

But he warned that the Chechens have now resumed detentions.