Russian diplomat in Switzerland says he resigns over Ukraine invasion 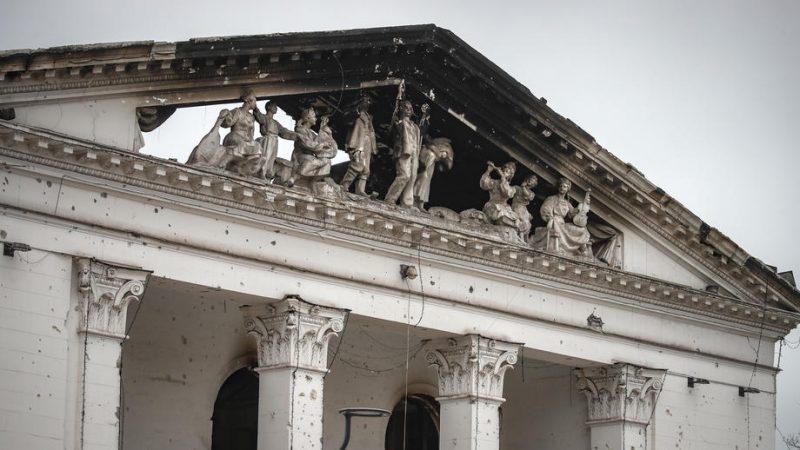 A picture taken during a visit to Mariupol organised by the Russian military shows damage at the destroyed Drama Theatre in Mariupol, Ukraine, 12 April 2022. At least 300 people died after a Russian airstrike on the Drama Theatre of Mariupol on 16 March, the Donetsk Regional State Administration said, whereas the Russian Defence Ministry denies the airstike and claims the theatre was blown up by the Azov battalion. [EPA-EFE/SERGEI ILNITSKY]

A Russian diplomat at the country’s permanent mission at the United Nations in Geneva said on Monday (23 May) he was leaving his post because of his disagreement with Moscow’s invasion of Ukraine, a rare political resignation over the war.

Boris Bondarev, a who identified himself on LinkedIn as a counsellor at Russia’s permanent mission to the UN who worked on arms control, told Reuters: “I went to the mission like any other Monday morning and I forwarded my resignation letter and I walked out.”

“I started to imagine this a few years ago but the scale of this disaster drove me to do it,” he said, referring to Russia’s invasion of Ukraine that began on 24 February.

He said he had raised his concerns about the invasion with senior embassy staff several times. “I was told to keep my mouth shut in order to avoid ramifications,” he said.

There was no immediate comment from the Russian permanent mission to the UN.

Earlier, he announced his departure on LinkedIn.

“I studied to be a diplomat and have been a diplomat for twenty years,” Bondarev wrote. “The (Russian foreign) ministry has become my home and family. But I simply cannot any longer share in this bloody, witless and absolutely needless ignominy.”

Ukraine had urged Russian diplomats to resign in a Human Rights Council debate in March. However, Bondarev said he did not expect others to follow. “I’m afraid I am the only one.”

“It seems that there is only one honest person at the foreign ministry,” she wrote on Twitter.

Russia sent tens of thousands of troops into Ukraine in what it called a special operation to degrade its southern neighbour’s military capabilities and root out people it called dangerous nationalists.

The West has imposed sweeping sanctions on Russia and provided Ukraine with military support in response.