Russian propaganda is increasingly finding its way into the West. [Andrey Burmakin/Shutterstock]

The new propaganda and cyber-warfare division of Russia’s ministry of defence is staffed by 1,000 people and has a budget of €300 million. Special efforts are being made to target the French presidential election. EURACTIV France reports.

Training to storm the Reichstag building, sending three new combat divisions to the eastern border and establishing an “army for information operations”: these are the latest activities of the Russian ministry of defence.

The revelations made by Minister for Defence Sergey Shoigu to Russian MPs last week (24 February) will have serious repercussions in Europe. 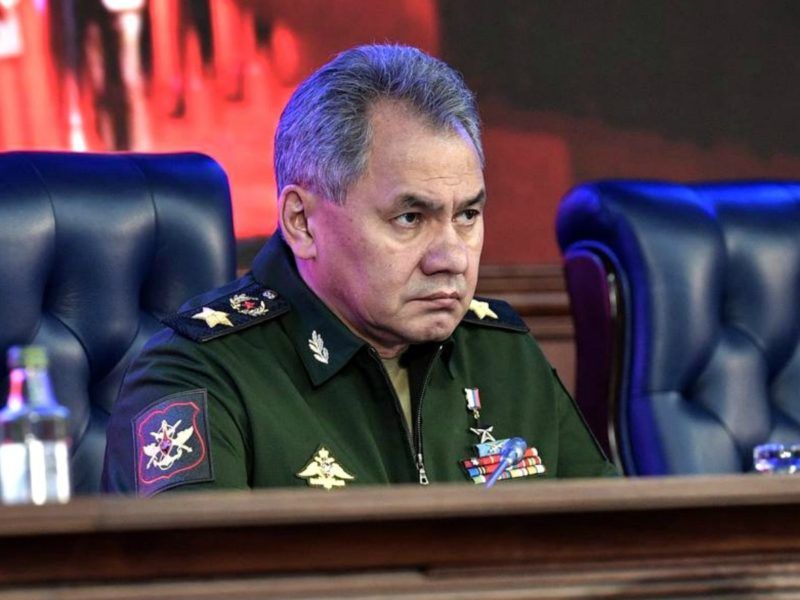 Russia’s military has created a force tasked with waging information warfare, Russian Defence Minister Sergei Shoigu said yesterday (22 February), in a move likely to heighten the West’s concerns about what it sees as Moscow-sponsored “fake news”.

Perhaps most surprising of these announcements was the existence of an “information war” unit.

“Propaganda must be intelligent, informed and efficient,” Shoigu told MPs. “The creation of an army for information operations will be much more competent and powerful than the [Soviet] counter-propaganda unit.”

According to Russian cyber security company Zecurion Analytics, cited in the daily Kommersant, this “army” already commands 1,000 digital foot soldiers. Moscow plans to spend around €300m per year on the project, making it the fifth-best funded “military” information unit in the world.

The expression “information operations”, as used by the Russian authorities, goes beyond the idea of mere propaganda or counter-propaganda. While not explicitly described as such, these operations also include electronic and cyber-warfare, something that has attracted a lot of attention recently, since allegations surfaced about Russian interference in the American election.

In 2014, Moscow published its latest military doctrine, which stressed the need to save money by increasing the efficiency of propaganda. “Information warfare has come to the fore. A battle is underway for the spirit and consciousness of the masses,” said the former chief of staff Yury Baluyevsky.

“A victory in this war would be perhaps more decisive than a victory in a classic war. Even without bloodshed, such a victory would cause a demoralising and paralysing shock to the adversary,” he added.

Once a “silent giant”, the Russian army has changed its communication methods since October 2015, when it began its intervention in Syria. The ministry of defence has since bombarded the media with angry statements about the West and indignant denials of claims it has bombed civilians and hospitals.

In its efforts to amplify its cult of victory, the ministry of defence is keen not to leave the young behind. The ministry has announced the construction, near Moscow, of a replica of the Reichstag building, the emblematic setting for the final victory over the Nazis in 1945.

“A small-scale copy of the Reichstag building will be constructed in a ‘patriotic’ theme park, so our little soldiers can practice storming the real thing,” Shoigu said. By “little soldiers” he meant the “Youth Army”, founded by his ministry last year to perfect the “patriotic education” of children aged between 7 and 16.

Shoigu ended his talk to MPs with the announcement of the creation of three new army divisions to “protect the country’s western and south-western borders”.

The foreign ministry has also dived head-first into the information war. Its spokeswoman Maria Zakharova last week announced the creation of a page on the ministry’s website collecting the ‘fake news’ spread by Western media about Russia. In the last week, the page has posted five articles stamped with the word ‘FAKE’. No further explanation is given.

Until now, the two prongs of Kremlin communication in the West have been the English-language channel Russia Today (RT) and the multilingual network Sputnik International. The French-language version of RT will be launched to coincide with the French presidential election. According to independent Moscow radio station Echo, RT has just received an additional €20m from the Russian treasury to fund its linguistic expansion.

Russian media have been repeatedly been caught spreading false rumours or entirely fabricated information. Most often these aim to connect Ukraine to Nazism (phosphorus bombs launched on Donbass, false versions of the destruction of flight MH17, a child crucified in the street by the Ukrainian army).

A fledgling group of 11 diplomats that find and debunk Russian propaganda could be given a bigger staff and deeper pockets, if the European Parliament has its way.

But Europe is also targeted. At the height of the 2105 refugee crisis, Russian TV threw fuel on the fire with repeated reports of the rape of a 13-year-old German-Russian girl by refugees of Arab appearance, before the German press discovered the incident had been fabricated.

Instead of recognising its mistake, Moscow responded with a statement by Foreign Minister Sergey Lavrov, accusing the German media of trying to keep the story “secret”.

2 responses to “Russian official: Information war part of ‘battle for the consciousness of the masses’”