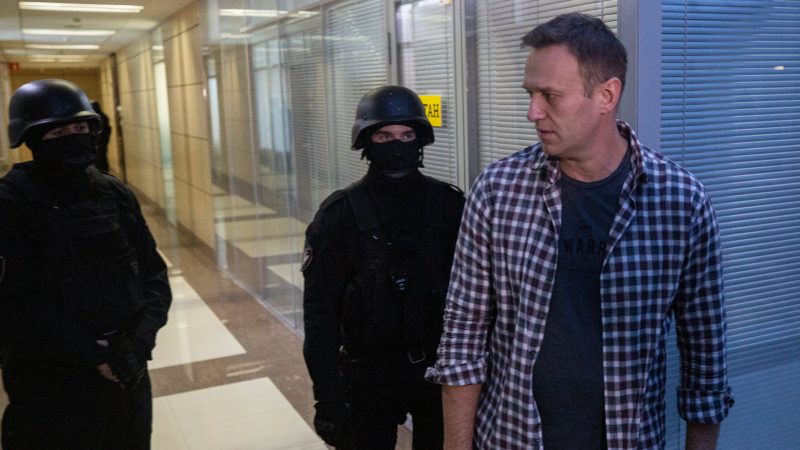 Moscow’s prison service said on Thursday (14 January) it would take all measures necessary to arrest Kremlin critic Alexei Navalny after he returns to Russia this weekend, a move that could be a prelude to him being jailed for three-and-a-half years.

Navalny, one of President Vladimir Putin’s fiercest opponents, has said he will fly back to Russia on Sunday for the first time since he was taken to Germany for treatment in August following his poisoning with a Novichok nerve agent. 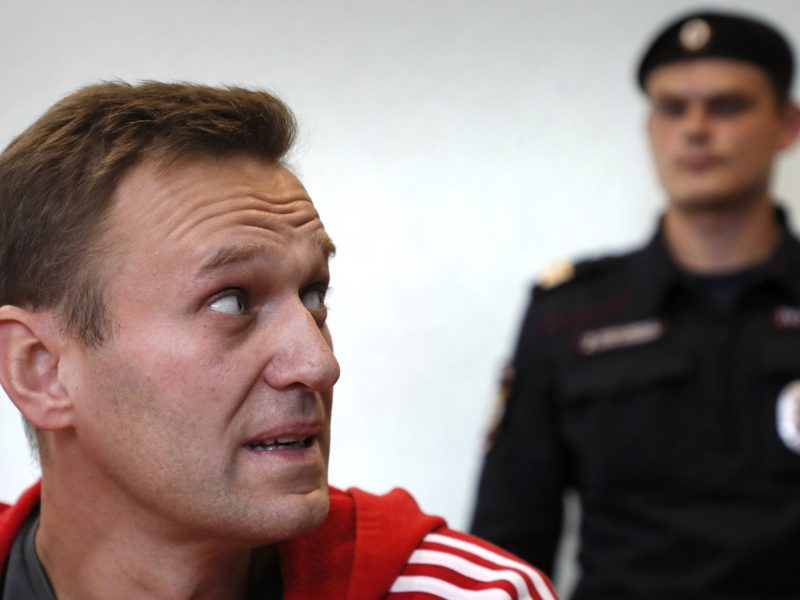 Kremlin critic Navalny to return to Russia despite risks

Kremlin critic Alexei Navalny said on Wednesday (13 January) he would fly back to Russia on 17 January from Germany where he has been recovering after being poisoned, shrugging off potential legal risks that could see him jailed.

The Kremlin denies involvement in his poisoning, says it has seen no evidence that he was poisoned and that he is free to return to Russia at any time.

But Navalny faces a growing list of legal threats at home, including separate criminal cases for alleged slander and fraud, both of which he says are false and politically-motivated.

The most immediate threat is from the Moscow prison service.

FSIN, the prison service, said in a statement that Navalny, 44, was on a national wanted list because he had last year repeatedly failed to report at least twice a month to them under the terms of a suspended sentence on embezzlement charges.

It has applied to a court to convert his suspended sentence of three-and-a-half years into real jail time.

“Taking into account the facts of malicious violations, guided by the principle of inevitability of responsibility and the demands of the law that all citizens of the Russian Federation are equal before without exception, (FSIN) is obliged to take all actions to arrest the violator,” it said.

Navalny says the original 2014 embezzlement conviction, in which he and his brother were found guilty of stealing more than 30 million roubles (€336,000) from two companies, was trumped up.

He said he could not report in at the end of last year anyway, as he was being treated as an outpatient in Germany. The prison service says he was discharged from a Berlin hospital in September and should have returned to Moscow.

“In theory they can detain him as soon as he arrives (in Russia) but initially only for 48 hours,” Vadim Kobzev, one of Navalny’s lawyers, told Reuters.

Kobzev said he expected a court to hear details of the case on 29 January, when it could order Navalny’s suspended sentence to be converted into real jail time.

The Kremlin, which refers to Navalny only as “the Berlin patient,” says it is up to the relevant law enforcement agencies to decide how he is treated.

Navalny on Thursday published a response from Russia’s investigative committee rejecting a request to investigate his poisoning at the hands of what he said was a state-hit squad. The response said investigators had found no concrete evidence of criminal activity by staff at the FSB security service.