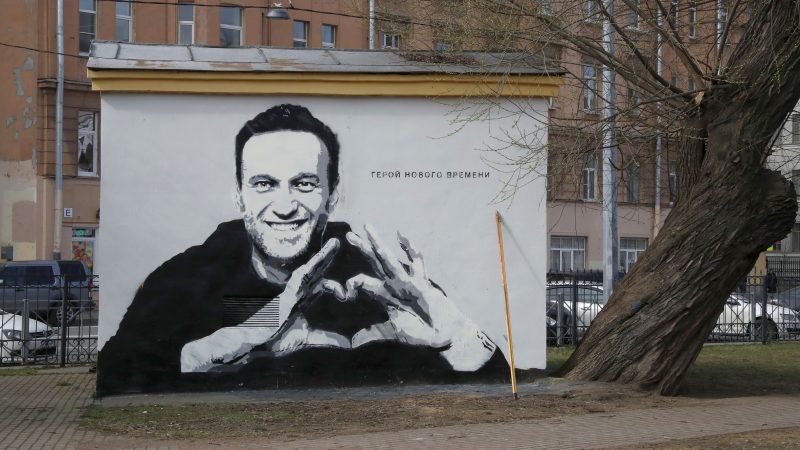 Navalny was poisoned in August 2020 by what Western nations said was a Soviet-style nerve agent, was chosen by European lawmakers as the recipient of the award after being shortlisted along with a group of Afghan women and a jailed Bolivian opposition politician.

“He has fought tirelessly against the corruption of Vladimir Putin’s regime. This cost him his liberty and nearly his life,” European Parliament President David Sassoli said, adding that the prize “recognises his immense bravery and we reiterate our call for his immediate release.”

The largest group in the European Parliament, the conservative EPP Group, who jointly with Renew Europe had nominated the Russian for the prize, announced the prize on Twitter.

Russian Opposition leader @Navalny is the laureate of the 2021 #SakharovPrize for Freedom of Thought.

Mr. Putin, free Alexei #Navalny. Europe calls for his – and all other political prisoners’ – freedom.#freenavalny pic.twitter.com/txf46QNV4k

Navalny, who is one of the fiercest critics of President Vladimir Putin, was jailed after returning to Russia at the start of this year from Germany, where he underwent months of treatment to recover from the poisoning.

His opposition movement has been banned as “extremist” by the Russian authorities, and some of his allies have been forced to go into exile.

His recognition with the human rights prize is likely to further heighten tensions between the EU and Russia.

The EU has imposed sanctions on Russian officials over Navalny’s poisoning and imprisonment. Moscow denies any wrongdoing and accuses the EU of interfering in its domestic affairs.

German MEP David McAllister, chairman of the European Parliament’s foreign affairs committee (AFET), said Navalny’s nomination “recognises and underscores the efforts of a courageous individual to stand up for democratic governance, the rule of law, civic freedoms, and the fight against corruption.”

Navalny is unlikely to be able to travel to receive the Sakharov Prize in person during a ceremony in Strasbourg on 15 December.

Last year, the prize was awarded to Belarus’s democratic opposition, who staged weeks of protests against the country’s strongman president, Alexander Lukashenko.