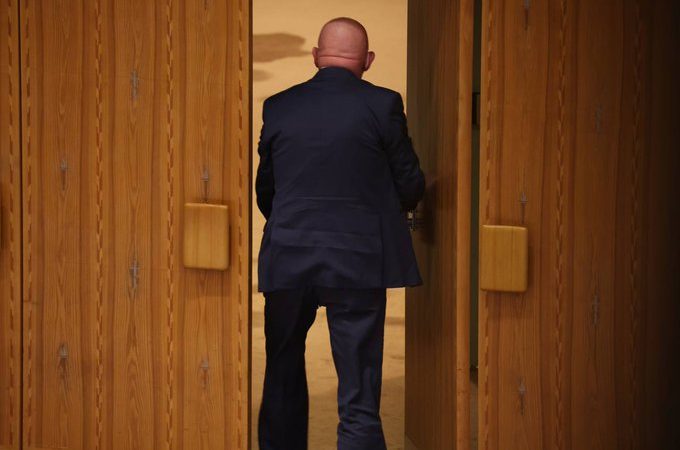 Russia’s UN Ambassador Vassily Nebenzia stormed out of a UN Security Council meeting on Monday (6 June) as European Council President Charles Michel addressed the 15-member body and accused Moscow of fueling a global food crisis with its invasion of Ukraine.

Michel had also accused Russian troops of war crimes and crimes against humanity, specifically citing reports of sexual violence – the focus of the Security Council meeting – and describing it as “a tactic of torture, terror and repression.”

LIVE NOW – Follow my address to the UN Security Council on Sexual violence and Trafficking in Ukraine #UNSC https://t.co/Q3I9pwLVMT

During his own statement earlier in the meeting, Nebenzia had “categorically refuted” any accusations of sexual violence by Russian soldiers, condemning what he said was a “lie.”

As he left the Security Council chamber during Michel’s statement, a visibly irritated Nebenzia told Reuters: “I couldn’t stay” because of “the lies that Charles Michel came here to distribute.”

Speaking directly to Nebenzia as he walked out, Michel said: “You may leave the room, maybe it’s easier not to listen to the truth.”

You may leave the room, maybe it's easier not to listen to the truth, dear Ambassador #Nebenzia @RussiaUN@UN #SecurityCouncil #UNSC pic.twitter.com/aeb1OF4y6T

Russia’s 24 February invasion of Ukraine has fueled a global food crisis with prices for grains, cooking oils, fuel and fertilizer soaring. Russia and Ukraine account for nearly a third of global wheat supplies, while Russia is also a fertilizer exporter and Ukraine is an exporter of corn and sunflower oil.

“Mr. Ambassador of the Russian Federation, let’s be honest, the Kremlin is using food supplies as a stealth missile against developing countries,” Michel said in the Security Council. “Russia is solely responsible for this food crisis.”

UN Secretary-General António Guterres is trying to broker what he calls a “package deal” to resume Ukrainian food exports and Russian food and fertilizer exports. Russian Foreign Minister Sergei Lavrov is due to visit Turkey on Wednesday to discuss unlocking grain exports from Ukraine.