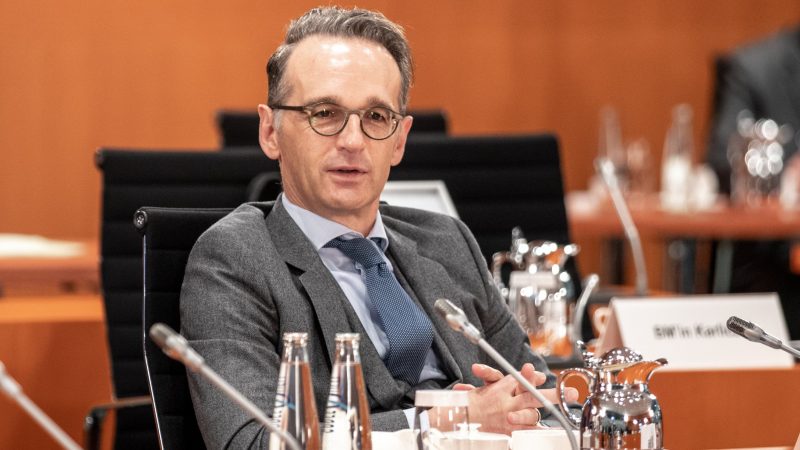 Germany warned Russia Wednesday (7 October) that sanctions were “unavoidable” if it failed to cooperate and shed light on the poisoning of Kremlin critic Alexei Navalny.

“A serious violation of international law was perpetrated with a chemical warfare agent, and something like that cannot remain without consequences,” German Foreign Minister Heiko Maas told lawmakers.

“It is clear that if the events are not cleared up, if the necessary information is not provided, then targeted and proportionate sanctions against those responsible on the Russian side will be unavoidable.”

Asked during the parliamentary question-time if the Nord Stream 2 pipeline project could be hit, Maas suggested that any embargo would be limited to individuals.

“We have always said that all options are on the table, but we want to agree on the reaction with the EU,” he said.

He noted that the pipeline project also involved other countries including Austria and the Netherlands and well over 100 European companies.

“In our opinion, after the discussions we had, it is most likely for the EU to find agreement on a list of people” on whom sanctions would be imposed, he said.

Calls had grown on Germany to scrap a €10-billion pipeline, which is set to double Russian natural gas shipments to Germany over Navalny’s poisoning.

Navalny was medically evacuated to Germany in late August after falling ill on a plane and spending several days in a Siberian hospital.

Germany has said lab tests have provided “unequivocal” proof that Navalny was poisoned with a type of the Soviet-era nerve agent, Novichok. France, Sweden and the Organisation for the Prohibition of Chemical Weapons (OPCW) have confirmed those results.

Western powers have demanded answers from Moscow, as Navalny himself has accused Vladimir Putin of being behind the poisoning.

But Russia has firmly rejected the allegations, lashing out on Tuesday at a “conspiratorial scenario” planned in advance.

One response to “Sanctions ‘unavoidable’ unless Russia sheds light on Navalny poisoning: Germany”