“The structure of the new Commission is designed to create problems of parliamentary scrutiny. It is not innocent,” López Aguilar said in an interview.

The new Commission has a system of executive vice-presidents, vice-presidents and Commissioners. Up to five members of von der Leyen’s college have competences in the legislative area covered by the LIBE committee.

According to López Aguilar, this makes it more difficult for the Parliament to hold Commissioners accountable as it is harder to identify who is responsible for what. Furthermore, it could also lead to a conflict of competences between committees.

The LIBE committee “will keep doing its job”,  López Aguilar said and warned that at least two commissioners, Didier Reynders (Justice) and Ylva Johansson (Home Affairs), have portfolios which “clearly fall into our competences.”

Johansson, he pointed out, will take care of two major files on the EU’s agenda, migration and security.

“The challenges in this mandate are enormous,” López Aguilar said, pointing to rule of law, migration, security and judicial cooperation as critical issues for the LIBE committee.

The Spanish MEP praised the European Parliament’s role in pushing for the establishment of the EU Chief Prosecutor Office, the scope of its competences the appointment of Romanian Laura Kövesi at its head. “We won the Council on this,” he said.

However, López Aguilar admitted that on judicial cooperation at the EU level, “shared trust has been deteriorated”. He pledged to work towards finalising the legislation on e-evidences and review the highly contested functioning of the EU arrest warrant.

The fight against terrorism – including online – will be another hot topic on the committee’s agenda.

On migration, the Spanish MEP recalled that the reforms of the migration and asylum policies have been blocked by the member states at the Council for months.

López Aguilar demanded that EU countries come up with a new, more positive vision on migration. “We demand solidarity and shared responsibility in the management of the asylum request and the influx of migrants and asylum seekers,” he said.

However, in the meantime, member states need to apply the existing legislation. “We denounce the massive violation of that already binding package and the total lack of good will to update it, in view of its deficiencies,” López Aguilar said.

“Throwing in the towel is not an option. Withdrawing the whole thing, letting it die… is not an option,” the LIBE chairman warned. He said the Dublin (asylum system) is not sustainable, that the system needs to be reformed but also that the Parliament wants “a balance” and is willing to negotiate.

He urged Commissioner Johanson and vice-president Margaritis Schinas to get to work. 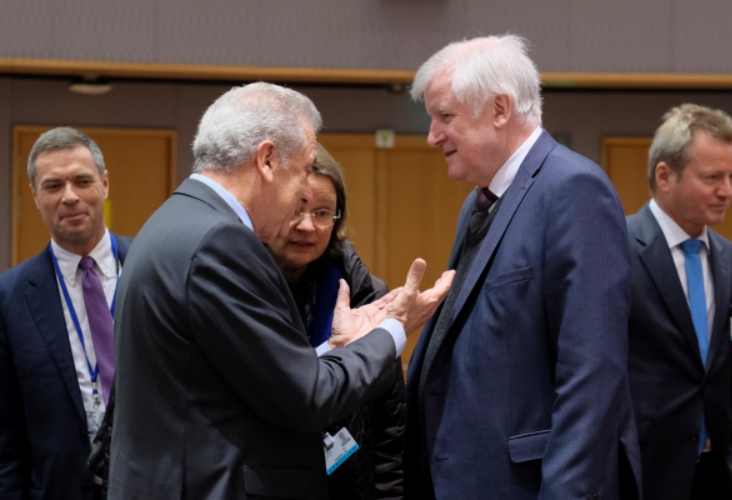 EU interior minister on Thursday (7 March) failed to conclude the overhaul of the EU’s migration policy. This means that under the Juncker Commission no further progress could be expected on a dossier expected to take center stage at the European elections.

López Aguilar said he wants the LIBE committee to keep playing a fundamental role in scrutinising the EU countries’ compliance with EU values, particularly in those member states where the rule of law is under threat.

“We take very seriously our role in guaranteeing the respect to the role of law,” the Spanish MEP said. “We set in motion the procedures against Hungary and Poland… but over the past few years, the discussion has had a political bias.”

“Member states have been treated unequally,” he argued, “to overcome this debate, we have established a comprehensive rule of law, democracy and fundamental rights framework, to make it democratic, transparent, objective… and to make that all member states are subject to the same level of scrutiny.”

The Parliament, he said, will review the member states’ performance with “objective criteria” and on a permanent basis, “to make sure they comply with the European standard.”

In this sense, López Aguilar defended the position of EU lawmakers inclined to link rule of law with the access to EU funds, in the context of the negotiation of the EU’s next seven-year budget. 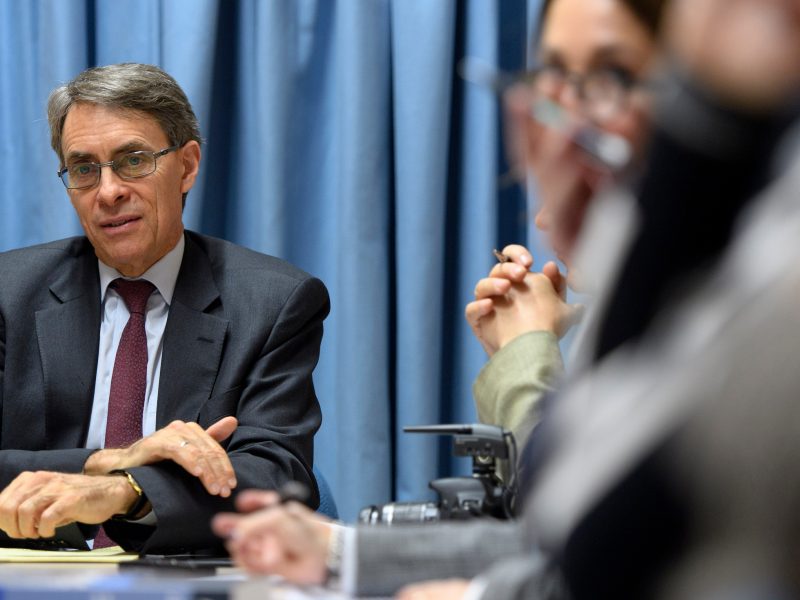 The EU should “stop subsidizing undermining democracy within the EU,” Kenneth Roth,  Executive Director of Human Rights Watch told EURACTIV in an interview, arguing that the negotiations over the next 7-year budget will not just be about money but about fundamental rights.