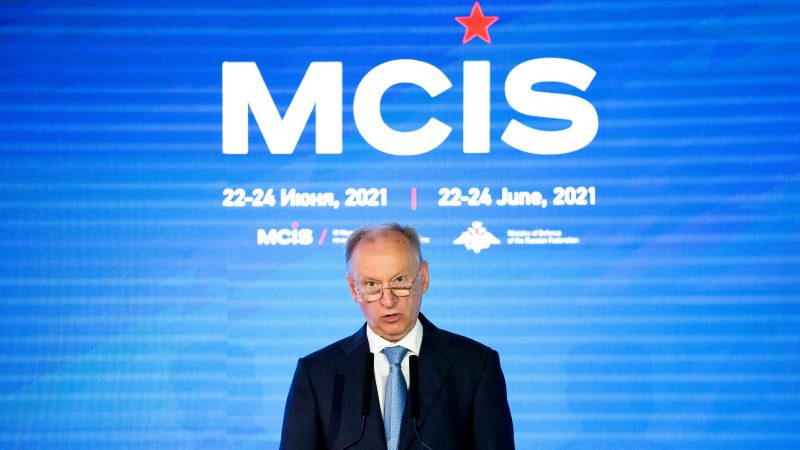 One of the most senior Russian security officials questioned Washington’s commitment to Ukraine in light of its rushed exit from Afghanistan, forecasting on Thursday (19 August) that it would one day abandon its Ukrainian allies in a similarly abrupt fashion.

The remarks by Nikolai Patrushev, secretary of Russia’s Security Council, are likely to fan fears among some Western politicians that nation state adversaries like Russia and China will be emboldened by what they see as the West’s spectacular defeat in Afghanistan to test its resolve elsewhere.

“…Kyiv is obsequiously serving the interests of its overseas patrons, striving to get into NATO,” Patrushev, a close ally of President Vladimir Putin, told the Izvestia newspaper, referring to Ukrainian aspirations – strongly opposed by Moscow – to join the US-led military alliance.

“But was the ousted pro-American regime in Kabul saved by the fact that Afghanistan had the status of a principal US ally outside NATO? (No). A similar situation awaits supporters of the American choice in Ukraine,” predicted Patrushev.

US involvement in Ukraine, which comprises arms supplies and training, is not comparable in financial, military or political terms to its 20-year presence in Afghanistan, pitted against Taliban insurgents who swept to victory this month.

There is no evidence to suggest that Russia is about to launch a fresh military intervention in Ukraine, but Patrushev’s comments feed into a long-running debate in the West about how and if Washington would respond if Moscow did so.

Patrushev made no reference to the idea of future Russian action, but he sketched out a hypothetical situation in which Ukrainian far-right extremists came to power and the country was headed for collapse.

Russia remains firmly focused on Ukraine after annexing its Crimea region in 2014 and backing an uprising that same year which has left eastern Ukraine in the hands of Russian-backed separatists in a war that Kyiv says has killed 14,000 people.

Putin is increasingly frustrated with his Ukrainian counterpart Volodymyr Zelenskiy, whom he has accused of presiding over the creation of an “anti-Russia” which he alleges is a US puppet state, something Kyiv denies.

Zelenskiy is due to fly to Washington later this month to hold talks with President Joe Biden in the White House.

Patrushev, who formerly headed Russia’s domestic FSB security service, said the Afghan crisis was the result of what he called incompetent work by the intelligence services of the United States, Britain and other NATO countries, and of a typical misplaced conviction by the West in the rightness of its decisions.

He accused the United States of abandoning its Afghan allies “to the whim of fate”.