Dačić: "Greater Albania is the primary goal of all Albanians." [European Commission]

EXCLUSIVE / The EU should recognise that Albanian politicians are the main threat to peace and stability not only in the Balkans but also in Europe, Serbia’s First Deputy Prime Minister and Minister of Foreign Affairs Ivica Dačić told EURACTIV.com.

In an interview with Greece’s Kathimerini on Monday (8 May), Kosovo’s Minister of Foreign Affairs Enver Hoxhaj said that in recent years a new political landscape had emerged.

“There is a new map of the Balkans after Kosovo’s independence in 2008 and Montenegro in 2006, which marked the latest chapters of the dissolution of Yugoslavia. Kosovo is part of the new map and will exist as an independent state forever,” Hoxhaj noted, adding that the narrative of a “Great Albania” is neither on the agenda of the Kosovo elite nor of the Albanians in general.

“This is a narrative of fear, which is mainly spread by some in Serbia. Our colleagues in Belgrade talk about this narrative more than anyone else in the region,” he said.

The primary goal is a “Greater Albania”

Asked to comment, First Deputy Prime Minister and Minister of Foreign Affairs of Serbia Ivica Dačić told EURACTIV that it is “completely absurd”.

“Coordinated statements of Edi Rama [Albania’s Prime Minister], Hashim Thaçi [Kosovo’s President] and Jonuz Musliu [an ethnic Albanian politician and mayor of Bujanovac, in the southern part of central Serbia], demonstrate that Greater Albania is the primary goal of all Albanians,” the Serbian politician noted.

“I deeply regret that the European and international community, and particularly the EU, having Western Balkan been its immediate neighbour, do not react to the fact that Albanian politicians are the main threat to peace and stability not only in the Balkans but also in Europe, as well,” Dačić emphasised, adding that the EU needs to protect its founding principles and achievements “if they are still valid and respected”.

The Serbian minister continued, saying that we are witnessing another attempt at deceit, as Kosovo promoters had tried in 1998 when they claimed that the Kosovo Liberation Army (KLA) was established by Serbian secret police.

“Regretfully, the whole world and international community believed them at that time, and Serbia was bombed, which was not in accordance with the international law. I deeply hope that nowadays they will not believe in the lies of Kosovo politicians and take them for granted,” Dačić warned.

He emphasised that on a number of occasions, Serbia proved to be a reliable partner to the international community, as it did not provoke anyone but on the contrary, it extended a hand of cooperation regionally.

“I want to believe that Europe and international community outweigh acts over lies and deceits,” Dačić concluded. 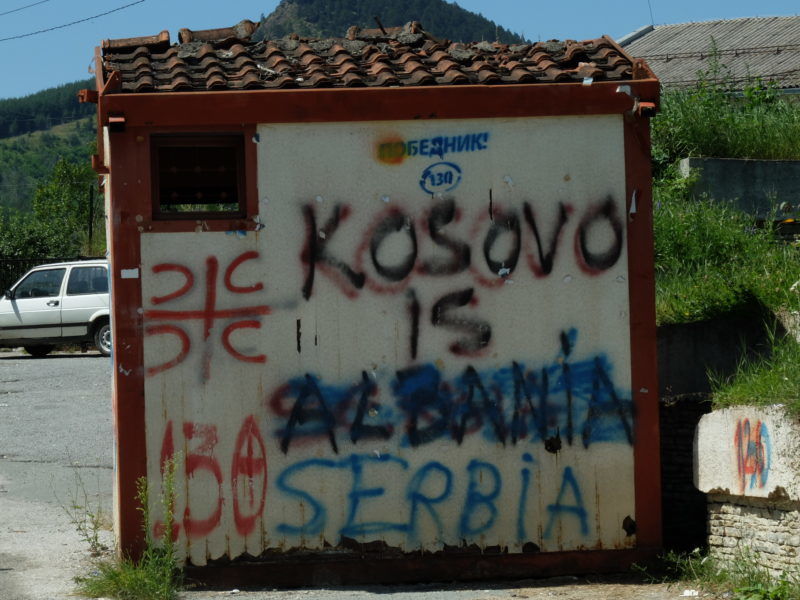 3 responses to “Serbian FM: Albanian politicians are the main threat to Europe and the Balkans”