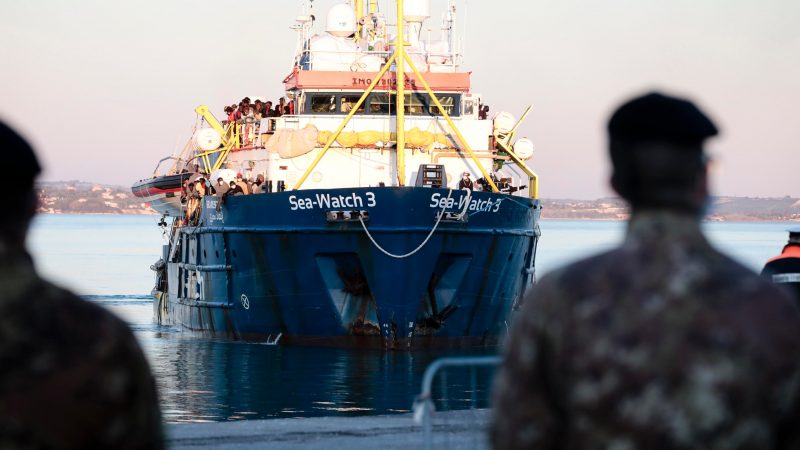 Charities running migrant rescue ships in the Mediterranean face a pre-trial hearing in Sicily Saturday (21 May) over alleged collusion with people traffickers after a controversial probe that involved mass wiretapping.

Twenty-one suspects, including crew members of Doctors Without Borders (MSF), Save the Children and German NGO Jugend Rettet rescue ships, are accused of “aiding and abetting unauthorised entry into Italy” in 2016 and 2017.

“Our crews rescued over 14,000 people in distress from unseaworthy and overcrowded boats… and are now facing 20 years in prison,” Kathrin Schmidt, who sailed with Jugend Rettet’s ship Iuventa, said ahead of the hearing.

Trapani judge Samuele Corso must rule whether or not to proceed to trial after a five-year investigation mired in controversy for the mass wiretapping of charity workers, lawyers and journalists in what critics say is a politically-motivated bid to stop sea rescues.

It has registered some 17,000 arrivals so far this year, according to the interior ministry.

Prosecutor Brunella Sardoni told AFP she expected the preliminary hearings process to last “several months, considering the complexity” of a case file with some 30,000 pages and hundreds of CDs.

The charities are accused of coordinating their actions with smugglers just off Libya, returning inflatable dinghies and boats to them to be reused, and picking up people whose lives had not been in danger. 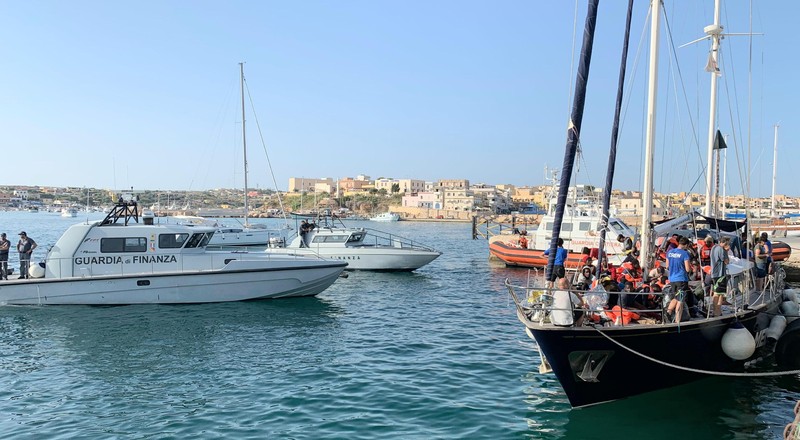 Mediterranea, the civil society organisation that reports on migrants at sea, has criticised Italian authorities for handing over two boats to Commander Youssef Bishi of the Libyan General Administration for Coastal Security (GACS) on Wednesday.

Two of the six Rigid Hull …

The rescuers say anyone attempting the Central Mediterranean crossing to Europe – the “world’s deadliest” according to the UN – on rickety boats or unseaworthy dinghies is at risk, and should be saved.

At least 12,000 people have drowned on this route since 2014. Many shipwrecks go unrecorded.

The charities also deny ever communicating with smugglers, who are sometimes armed and can be spotted loitering near rescues in the hope of retrieving valuable engines from migrant boats.

Save the Children told AFP it “strongly rejects” the accusations, as did MSF, which slammed a “period of criminalisation of humanitarian aid” it hoped would soon end.

The Iuventa was impounded in 2017 shortly after Jugend Rettet and others refused to sign a new and contentious interior ministry “code of conduct” accord, and as the European Union scaled up surveillance and policing in the Mediterranean.

“Despite the fact that mobile phones and computers were seized and analysed, not a single contact with Libyan smugglers… has been found,” said Nicola Canestrini, lawyer for the Iuventa crew members.

Pre-trial hearings are held behind closed doors, but representatives from the European Center for Constitutional and Human Rights (ECCHR) and Amnesty International have requested the judge allow them to sit in for transparency.

The probe was launched after ex-policeman Pietro Gallo, working as a security contractor on Save the Children’s Vos Hestia ship, sent allegations against the charities in October 2016 to Italy’s secret services, Canestrini told AFP.

He and a fellow ex-policeman also sent them to the head of the anti-immigration League party, Matteo Salvini, before reporting their suspicions to the police.

Gallo has since said in an interview that he regrets it. Asked if he ever saw any contact between the charities and traffickers, he replied “no, never”.

The damage was done. Police placed an undercover agent on the Vos Hestia in May 2017, who would provide information including elements used to charge the four Iuventa crew members, Canestrini said. Those included alleged hand signals between the crew and smugglers.

Iuventa’s case has been studied by Forensic Architecture, an agency based at Goldsmiths, University of London, which uses advanced reconstruction techniques to investigate police, military and state facts.

It discredited the police theories for all three Iuventa rescues in question. 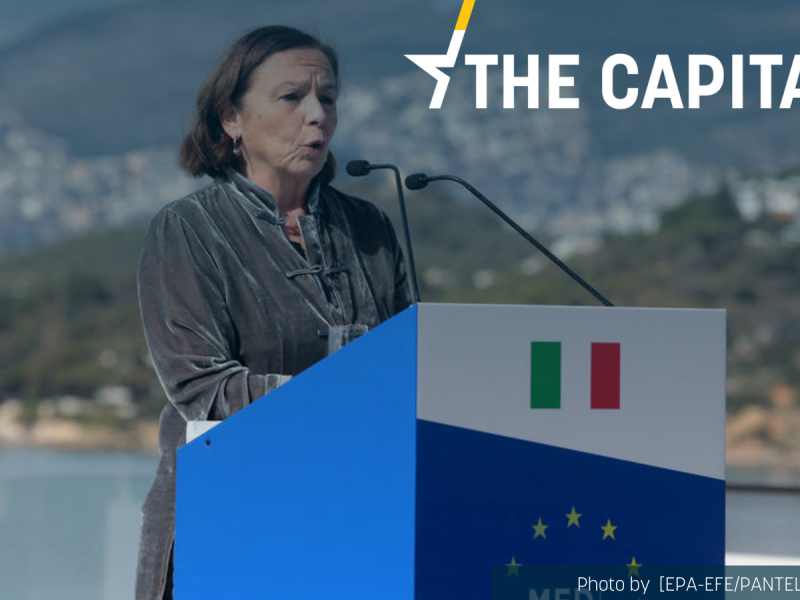 The ‘big four’ speed up consensus on EU migration pact

Italy, France, Spain, and Germany regularly meet and consult each other to find common ground and reach a wider consensus within the EU Council, Italian Interior Minister Luciana Lamorgese said at an event organised by EURACTIV Italy on Tuesday.