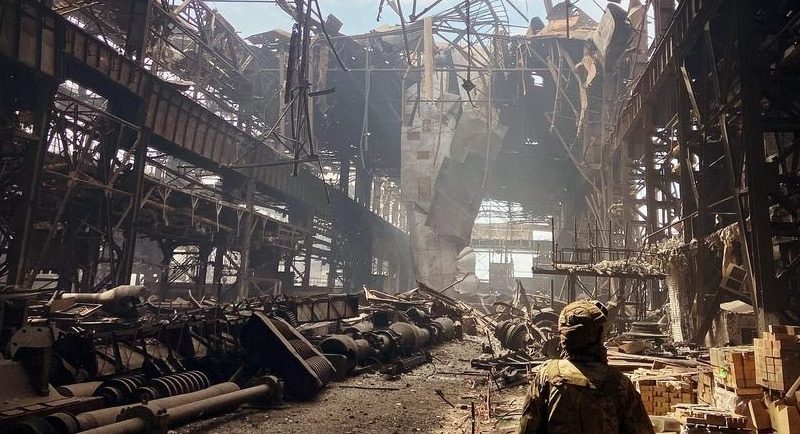 Hours before Russia’s announcement on Friday, Ukrainian President Volodymyr Zelenskyy said the last defenders at the steelworks had been told by Ukraine’s military that they could get out and save their lives.

Russia said there were 531 members of the last group that had given up. “The territory of the Azovstal metallurgical plant… has been completely liberated,” the ministry said in a statement, adding that a total of 2,439 defenders had surrendered in the past few days.

The Ukrainians did not immediately confirm those figures.

Russia also launched what appeared to be a major assault to seize the last remaining Ukrainian-held territory in the province of Luhansk, one of two southeastern Ukrainian provinces Moscow proclaims as independent states.

“The Russian army has started very intensive destruction of the town of Sievierodonetsk, the intensity of shelling doubled, they are shelling residential quarters, destroying house by house,” Luhansk governor Serhiy Gaidai said on his Telegram channel.

“We do not know how many people died, because it is simply impossible to go through and look at every apartment,” he said.

The city of Sievierodonetsk and its twin Lyshchansk across the Siverskiy Donets river form the eastern part of a Ukrainian-held pocket Russia has been trying to overrun since mid-April after failing to capture the capital Kyiv.

The main roads supplying Severodonetsk and Lysychansk are at risk of being captured. pic.twitter.com/JHPI1a6Mhk

Ukraine’s general staff said it had pushed back an offensive on Sievierodonetsk, part of what it described as major Russian operations along a stretch of the frontline.

Despite losing ground elsewhere in recent weeks, Russian forces have advanced on the Luhansk front, in what some military analysts view as a major push to achieve scaled-down war aims of capturing more territory claimed by pro-Russian rebels.

“This will be the critical next few weeks of the conflict,” said Mathieu Boulegue, an expert at London’s Chatham House think tank. “And it depends on how effective they are at conquering Sievierodonetsk and the lands across it.”

In Moscow, Russian Defence Minister Sergei Shoigu said the “liberation of the Luhansk People’s Republic” would be over soon.

The end of the Mariupol siege was an important symbolic moment for Russia, after a series of setbacks since the invasion began on 24 February, but it came at the cost of massive destruction.

Zelenskyy described the conditions in the Donbas, which includes Luhansk and the neighbouring Donetsk province where Mariupol is located, as “hell” and said the region had been “completely destroyed” by Russia.

Capturing Luhansk and Donetsk would allow Moscow to claim a victory after announcing last month that this was now its objective. It achieved a major step towards that goal this week, when Ukraine ordered the garrison in Mariupol, the main Donbas port, to stand down.

Natalia Zarytska, wife of an Azovstal fighter who surrendered, said she had not heard from him since a Telegram message exchange two days ago. She believed he was still alive.

“The situation is really hard and horrible and my husband is on the way from one hell to another hell, from Azovstal steel plant to a prison, to captivity,” Zarytska said in Istanbul, where she and other relatives lobbied Turkey to help save the fighters.

The Red Cross said it has registered hundreds of Ukrainians who surrendered at the plant as prisoners of war and Kyiv says it wants a prisoner swap. Moscow says the prisoners will be treated humanely, but Russian politicians have been quoted as saying some must be tried or even executed. 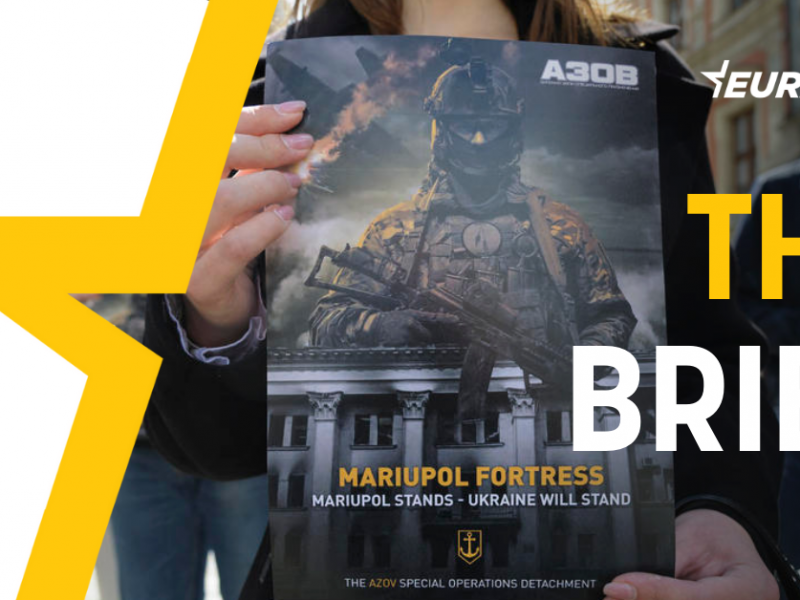 The surrender of the Azov battalion in Mariupol is a milestone in Vladimir Putin’s war in Ukraine. In terms of what will follow, there are two options.

Russian forces in Ukraine have been driven in recent weeks from the area surrounding Ukraine’s second largest city Kharkiv, their fastest retreat since being forced out of the north and the Kyiv region at the end of March.

But they still control a large swathe of the south and east, and the end of fighting in Mariupol means that territory is now largely unbroken.

In a sign of Russia’s aim to boost its war effort, the parliament in Moscow said it would consider letting Russians over 40 and foreigners over 30 join the military. 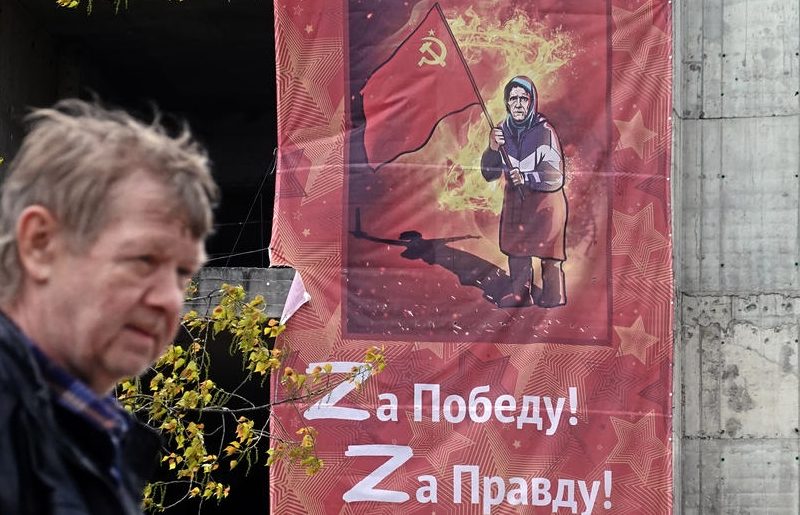 Struggling in Ukraine, Russia paves way to sign up over-40s for army

In a sign of Russia’s urgent need to bolster its war effort in Ukraine, parliament said on Friday (20 May) it would consider a bill to allow Russians over 40 and foreigners over 30 to sign up for the military.

The past week has also seen Sweden and Finland apply to join NATO, although Turkey has threatened to block them, accusing the Nordic countries of harbouring Kurdish militants.

After weeks of threatening to retaliate, Putin said this week Finnish or Swedish NATO membership did not represent a threat unless the alliance sends new weapons or troops. Nevertheless, Shoigu said on Friday Moscow planned to beef up its forces nearby in response to what he called new threats.