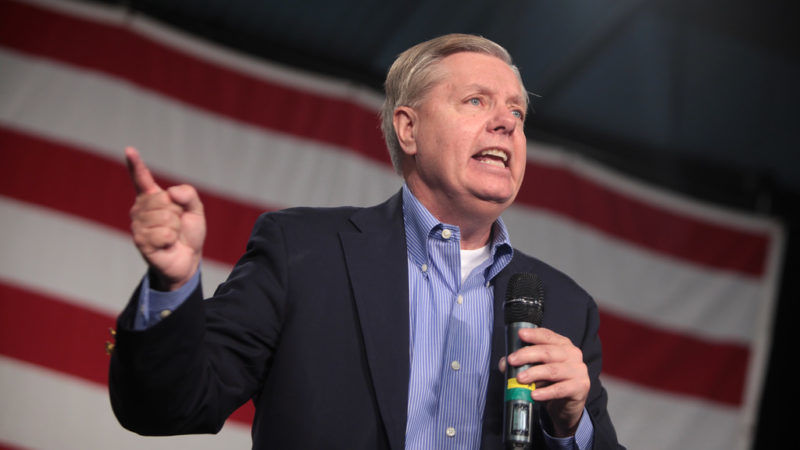 Diplomats from six Eastern European countries, including four EU members, appealed to US senators yesterday (7 March) to help them stand up against interference from Russia, including cyber attacks, and insisted that sanctions imposed on Moscow should not be lifted anytime soon.

The foreign minister of Ukraine, as well as the ambassadors to Washington from Poland, Georgia, Latvia, Lithuania and Estonia, appeared at a Senate appropriations subcommittee hearing on Russian activity in their countries.

“Until Russia gets off Ukrainian land, there should be no easing up of sanctions. If anything, they should be increased,” said Ukraine’s Foreign Minister Pavlo Klimkin.

Other diplomats agreed, describing efforts within their countries and others to lessen their dependence on Russian natural gas for their energy needs.

“We are really thinking about diversification,” said Piotr Wilczek, Poland’s ambassador to Washington.

Republican US Senator Lindsey Graham, the chairman of the subcommittee overseeing the State Department and foreign aid, called the hearing amid concerns that President Donald Trump might not stand up to Moscow, including talk that he might lift sanctions imposed after Russia annexed Ukraine’s Crimea.

Graham signaled that he supported continued aid, calling it important to US security.

“The safer you are, the safer we will be,” Graham said.

Trump has frequently praised Russian President Vladimir Putin and called for improved relations with Moscow while Graham has been one of the most vocal congressional critics of such statements.

Graham also noted concern over Russian cyber attacks seeking to intervene in the 2016 US election won by Trump. He said he did not believe Russia changed the election outcome.

Members of congressional appropriations committees will soon be setting out spending plans for next year, and the Trump administration has already discussed steep cuts in foreign aid as well as to the State Department.

Graham said he wanted a better relationship with Russia, but that would not happen until Russia changed. He spoke shortly after having lunch with Trump, and told the diplomats he expected the new president would be a good ally.

Several members of the subcommittee asked which type of assistance was most useful. The diplomats said military assistance, including defensive weapons.

The United States in January began its largest military reinforcement of Europe in decades, when 2,700 troops arrived in Poland. The region requested US and NATO troops after Russia’s annexation of the Crimean peninsula in 2014.

Germany and NATO yesterday (7 February) underscored their commitment to beefing up the defence of Eastern Europe’s border with Russia as the first of four new battalions under the North Atlantic alliance’s banner arrived in Lithuania.

The diplomats described Russia’s behaviour as “hybrid warfare”, combining cyber attacks and propaganda with the threat or use of force. For example, Georgian Ambassador David Bakradze described Russian broadcasts that discouraged Georgians from supporting the country’s efforts to join the NATO alliance.

Moscow backed two breakaway regions in the 2008 war with Tbilisi and one-fifth of Georgian territory remains under the control of pro-Russian separatists.