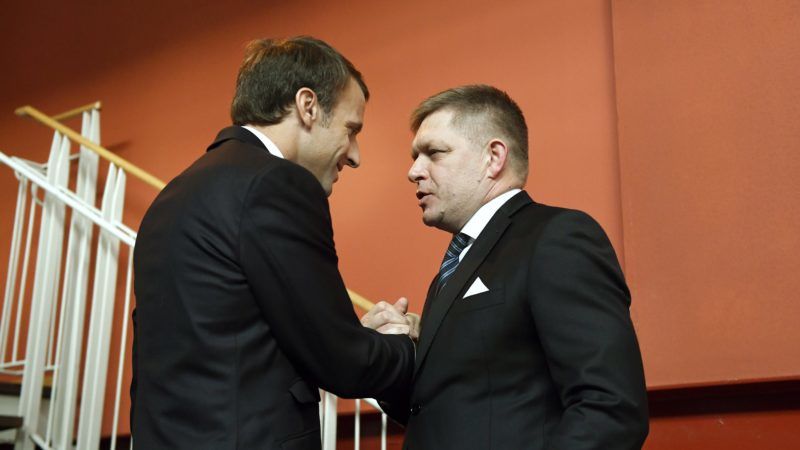 While Slovak president Andrej Kiska spoke in Strasburg about the need to counter Russian propaganda, the President of the Parliament Andrej Danko praised “pan-Slavic unity” in the Russian Duma. EURACTV Slovakia reports.

Slovakia’s official political line strongly supports further European integration. The days when the Prime Minister Robert Fico, at the height of the migration crisis, berated the “dictatorship from Brussels” are forgotten.

Now PM Fico stresses that Slovakia wants to be part of the “core Europe”, and is ready to pay by compromising on some sensitive issues – from the revision of the Posted Workers Directive to harmonisation of tax policies.

On 23 October, right after the Czech general elections which shot controversial Andrej Babiš to power, Fico said that Slovakia remains “the only pro-European island in the region”. All three highest representatives – the President, Prime Minister, and the President of the Parliament – signed a declaration supporting western integration. 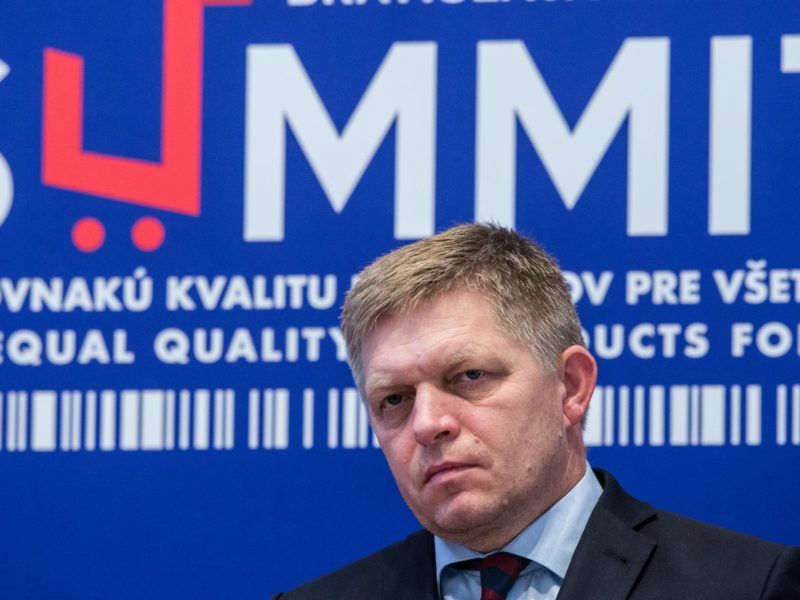 Slovakia’s prime minister, president and parliament speaker pledged yesterday (23 October) to keep to a pro-European path, a day after its Czech neighbours became the latest central European ex-Communists to elect a populist taking a hard line on the EU.

Kiska spoke critically about Russian propaganda and information war. He said that he would not want to take lightly the effects of populism and extremism “supported by professional propaganda”.

The EU should not think about lifting the sanctions against Russia, as long as Moscow would not respect the principles of international law.

At that very moment, the President of the Slovak parliament spoke in the Russian Duma (parliament). Invited by its Chairman Vyacheslav Volodin, who is currently on the EU sanctions list, he praised pan-Slavic unity and the Russian education system.

“We value highly your openness and the ability to solve problems with correct dialogue,” said Andrej Danko, who is the leader of one of the coalition parties, the Slovak National Party.

The words of Andrej Danko addressed to Russian lawmakers vexed several of his colleagues in the coalition government.

The Minister of Foreign Affairs Miroslav Lajčák (Smer-SD, Socialists and Democrats) tried to strike a middle ground – he “regretted” that neither Kiska nor Danko had coordinated their speeches with the ministry. As it later turned out, President´s office had informed the ministry in advance.

Head of the Foreign Affairs and Security Committee in the Parliament František Šebej (Most-Híd, EPP) was much more direct. He said that the speech of Andrej Danko went against Slovak foreign policy, and the visit itself was a mistake.

“Everything that was said there was blunt nonsense. What Slavic unity? The one that allows Russians to kill in Ukraine?”

Danko defended his speech in media but he avoided questions on the annexation of Crimea, or political oppression in Russia.

These sentiments might not be just the personal positions of Andrej Danko. His party – the Slovak National Party – has a long pro-Russian history.

Officially the party supports the general pro-European orientation of the government. Unofficially, it might prefer to lift of sanctions and court closer relations with the “big eastern Slavic brother”.

Nor is it only about the Slovak National Party. PM Robert Fico (Smer-SD, S&D) openly criticised sanctions against Russia as meaningless and counter-productive.