Members of the Russian motorcycle club 'Night Wolves' arrive at the Soviet World War II memorial in the Treptow park in Berlin, Germany, 09 May 2018. [Markus Heine/EPA/EFE]

Slovak President Andrej Kiska says a recently established base in his country for a Russian motorcycle club known for its allegiance to the Kremlin presents a security risk for the EU and NATO country.

The “Night wolves”, also known as “Putin’s motorcycle club”, are on a tour called “Slavic World 2018”. according to the website of the Russian Federation of Motor Racing.

Members of the group helped Russian troops annex the Crimean Peninsula from Ukraine in 2014 and are not just “harmless motorcycle lovers,” Kiska said on 31 July, as quoted by Radio Free Europe. He said the Slovak government should take measures to get rid of the compound in the western town of Dolna Krupa, about 60 kilometres northeast of Bratislava.

"Stand here! Stand here, or I'm going to get my gun." Members of the Night Wolves, a Russian nationalist motorcycle club, angrily confronted RFE/RL journalists filming with a drone nearby. pic.twitter.com/xJSJoSsvOU

“The establishment of a so-called European headquarters of the Night Wolves in Slovakia is a mockery of the Slovak Republic’s official position on the annexation of Crimea and Russian policies,” Kiska said, calling on the government to take preemptive action against “dubious groups who take a free ride in our country.”

In reaction to Kiska’s statement, the government’s press office issued a statement saying no action will be taken without an investigation by the Prosecutor-General’s Office, as well as the police.

The “Slavic World” project is supported by the Russian Foreign Ministry, the Moscow authorities, and is funded by the Russian presidency. A report shows that the presidential grant for the tour mileage was 2,966,600 rubles (81,821 levs, roughly €40,000). The recipient of the funding is the Interregional Public Organization “Russian Motorcyclists”. It is led by Evgeniy Strogov, who is an active member of the Night Wolves.

A base set up by the Russian Night Wolves biker group, located near a small Slovak town and equipped with tanks and other military equipment has raised fears among officials, but not locals. https://t.co/TqcpuF6fXM pic.twitter.com/58eZ3g5ipS

According to the project, its main objective is to “unite the public organizations of Russia and the countries of Eastern Europe in the development of public diplomacy institutes, interregional and international cooperation, their interaction in this process with state organizations, other non-commercial and charitable organizations, citizens with an active position”.

The Night Wolves club and their leader, Aleksandr Zaldostanov, who calls himself ‘the Surgeon’, are known for promoting Russian nationalism as well as allegiance to President Vladimir Putin, and have been hit with sanctions from the West over their support for pro-Russian separatists in eastern Ukraine. 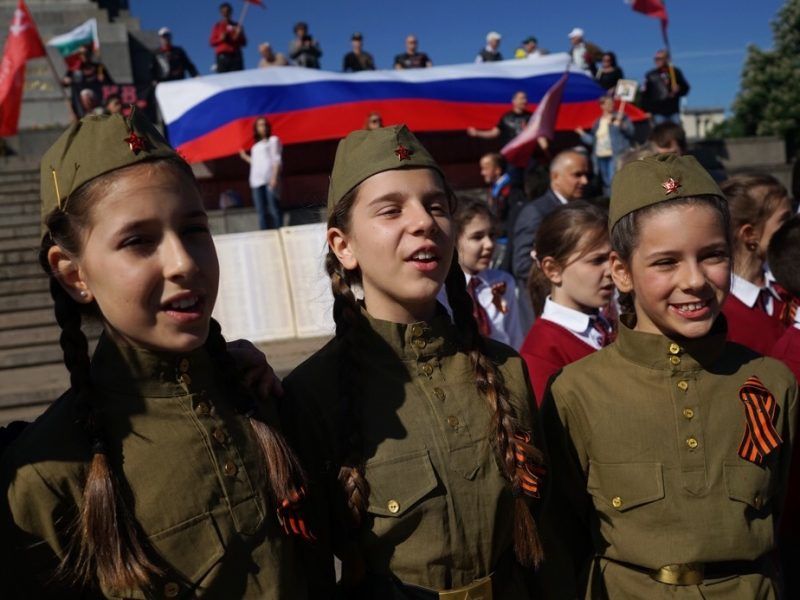 What is 9 May? For most in the EU, it’s Europe Day, in commemoration of the 1950 Schuman Declaration, the cornerstone of what is today the European Union. But in Eastern Europe, Russia has in recent years promoted a different kind of celebration, more in the vein of Cold War era parades.

If you're curious about why there is so much fuss about a motorcycle club expanding into Central Europe – Read my paper on how the Night Wolves became part of Putin's warfare strategy. https://t.co/fsP0o4INkX pic.twitter.com/AyQRXvxHxm