File photo. Police officers investigate a crime scene where a man was shot in the head in the Kleiner Tiergarten in Moabit, Berlin, Germany, 23 August 2019. [Clemens Bilan/EPA/EFE]

Slovakia said on Monday (10 August) it has expelled three staff at the Russian embassy in Bratislava whilst citing an abuse of Slovak visas, which local media said was linked with a murder of a Georgian man in Berlin last year.

“According to information from the Slovak intelligence services, their activities were in contradiction with the Vienna convention on diplomatic relations,” a Slovak foreign ministry spokesman said in an emailed statement.

“On the top of that, there had been an abuse of visas issued at the Slovak general consulate in St. Petersburg, and in this connection a serious crime was committed on the territory of another EU and NATO member state,” he said.

The ministry did not provide further details but the justification brings the expulsions into connection with the murder of a former Chechen rebel with Georgian citizenship in Berlin last summer.

The Russian-Georgian victim, known as Zelimkhan Khangoshvili, was a former Chechen rebel who had fought against Russian forces. He was shot dead on 23 August 2019 in a Berlin park.

Slovak media, as well as investigative website bellingcat.com, have reported that one of people suspected of involvement in the killing, though not the shooting itself, had travelled to Europe on a Slovak visa. 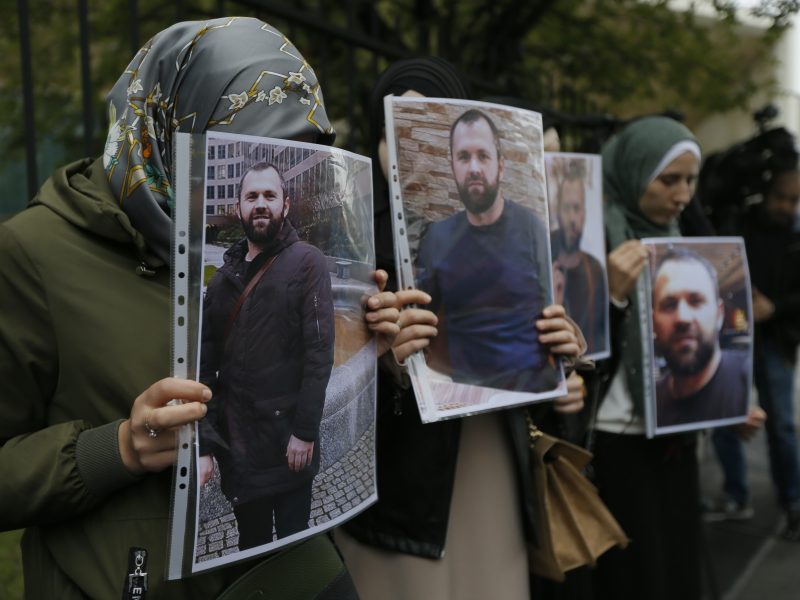 German federal prosecutors accused Russia in June of ordering the killing of the Georgian and indicted a Russian man for the murder.

Germany expelled two members of the Russian embassy in December in connection with the case.

The Kremlin has categorically rejected the idea that there was any link between the killing and the Russian government.

The Slovak foreign ministry said the Russian diplomats must leave the country this week.

Russia said it would respond to the Slovak decision in kind.