Slovenia's Borut Pahor failed to secure second term in office in a presidential election on 22 October, despite winning the most votes. [European Parliament]

Slovenian media reported in July that 40-50 transactions took place every day from NLB bank to more than 30,000 accounts around the world, including some clearly held in fake names, such as Donald Duck and Mickey Mouse. The allegations were not further elaborated until the opposition reopened the case last week.

NLB confirmed to EURACTIV that some of its international transactions had been reviewed internally and by the central bank in 2010 and no sanctions were imposed.

“Both reviews resulted in a number of findings that served as the basis for major changes in how the area of prevention of money laundering and terrorism financing was organised and equipped,” the bank said in a written reply, adding that “the responsible persons from that period are no longer employed at NLB”.

Contacted by EURACTIV, the Slovenian government confirmed that “in the case mentioned, the Office for Money Laundering Prevention (OMLP) received a suspicious transaction report in June 2010 in relation to money laundering and Terrorist Financing Act”.

The finance ministry said in a written reply that, at the time, the OMPL “sent more than 30 requests to different state authorities and obliged entities as well as requests to over 30 foreign Financial Intelligence Units”.

Prime Minister Miro Cerar told parliament last week, after the opposition raised the issue: “At this point, the state prosecution, which has launched pre-trial procedures, still has to confirm or reject the existence of grounds to suspect money laundering. I’m waiting for this piece of information,

The scandal centres around Iranian and British citizen Iraj Farrokhzadeh, who opened accounts at the bank in December 2008 for the company Farrokh Ltd., after authorities in Switzerland shut down his accounts at UBS.

Farrokhzadeh is thought to have moved money for Iran’s Export Development Bank (EDBI), which was blacklisted by the European Council over its connection to weapons proliferation and payments to front companies run by Iran’s ministry of defence.

“The Export Development Bank of Iran (EDBI) has been involved in the provision of financial services to companies connected to Iran’s programmes of proliferation concern and has helped UN-designated entities to circumvent and breach sanctions,” the EU officially recognised in its restrictive measures against Iran.

In addition, Farrokhzadeh himself was on Interpol’s most wanted list at the time.

The Bank of Slovenia issued an order banning the transactions in December 2010, which NLB took nine days to implement. By that time, Farroukhzadeh had moved his operations to Russian banks. 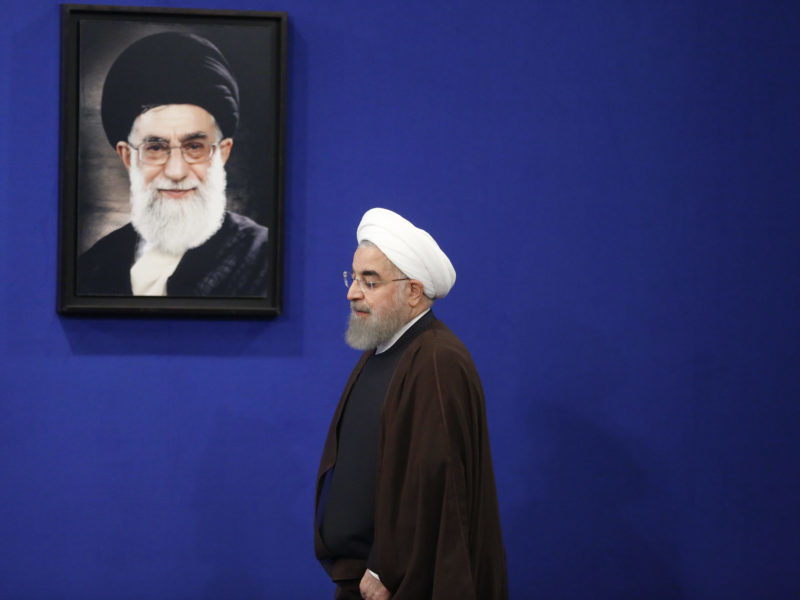 The Slovenian parliament unanimously adopted two reports on 26 September, calling for a further investigation into the money-laundering case that could potentially open a Pandora’s box in Slovenia politics.

Opposition parties, led by the centre-right Slovenian Democratic Party (SDS) of former Prime Minister Janez Jansa, say certain politicians did everything in their power to hide the transactions.

“While British, French, Italian and other investigating authorities, tried to investigate the Slovenian money laundering scheme, their Slovenian counterparts and the political leadership at the time did everything they could to sweep the operation under the rug, hide it from the Slovenian public and the international institutions and enable further transactions for the Iranian regime,” SDS wrote in a statement last week.

SDS also cited findings of EU member state institutions and the US institutions, claiming that Iran has used Slovenian laundered money to buy the materials needed to build atomic and chemical weapons components, pay the agents who carried out these purchases and infiltrate Iranian spies in nuclear, security and defence institutions in the EU and the US.

The centre-right party, which is affiliated with the European People’s Party (EPP), suspects political backing in the case, stressing it was impossible that all the relevant control mechanisms, as well as law enforcement authorities, could have simultaneously failed to handle the situation.

Romana Tomc, an MEP from the Slovenian Democratic Party, told EURACTIV that the opposition sees “great political and also personal” responsibility behind the case.

“Some of those who are directly responsible for the money laundering, are today in the position where they should investigate their own actions in the past,” the centre-right MEP warned.

Prime Minister Cerar told the parliament he would monitor the issue carefully.

“If there were some irregularities or abuse, we have to confirm them beyond doubt and then punish. If it is established that someone is responsible for this in the eyes of the law, appropriate procedures will be launched,” Cerar said on 26 September, according to 24ur.

Slovenia has a three-party government after Cerar’s SMC party (ALDE) won a snap general election in July 2014 and formed a coalition with the pensioners’ party Desus (ALDE) and the Social Democrats.

A source close to the government told EURACTIV there were persistent doubts about whether the parliamentary reports contain all the relevant information that had been compiled in the documents received by the banking inquiry and the Intelligence Oversight Commission.

The source said that the justice ministry had been notified in 2012 “by a foreign justice body” of suspicion of fraud, tax evasion and money laundering at NLB. The source also said that parliamentary elections in Slovenia were drawing near so “the timing is not accidental. That’s why it is necessary to conduct a serious investigation”.

EU foreign policy chief Federica Mogherini, representing the six world powers, announced the lifting of “multilateral and national” sanctions in Vienna on Saturday (16 January), saying the nuclear deal showed that intense diplomacy could resolve even “the most difficult issues”.

The government, which controls more than 40% of the Slovenian banking sector, was due to sell 50% of NLB this year and another 25% in 2018 in exchange for the European Commission’s approval of state aid to the bank in 2013, which had helped avert a major banking crisis in the eurozone country.

In May this year, the Commission approved a revised plan to sell 50% of the bank, and in September the government announced it would not sell the bank at all.

“We are not going to sell NLB,” Cerar said in June. But the Commission shares a different view.

Contacted by EURACTIV, a European Commission spokesperson said: “We are in constructive contact with the Slovenian authorities.”

Under EU rules, as also confirmed by EU courts, in order to approve state aid to a bank, the Commission can accept a member state’s commitment to sell its stake in the bank in order to ensure the bank’s long-term viability.

Generally, such a sale should take place within the deadline set in the original decision, which is often linked to the five-year restructuring period.

EURACTIV was informed that if a member state wishes to modify commitments, the Commission assesses such requests on a case-by-case basis. A prolongation of a sale deadline, for example, would require compensatory measures so as to ensure that the overall balance of the initial decision is preserved.