Sputnik V: From vaccine hope to frustration for Latin America 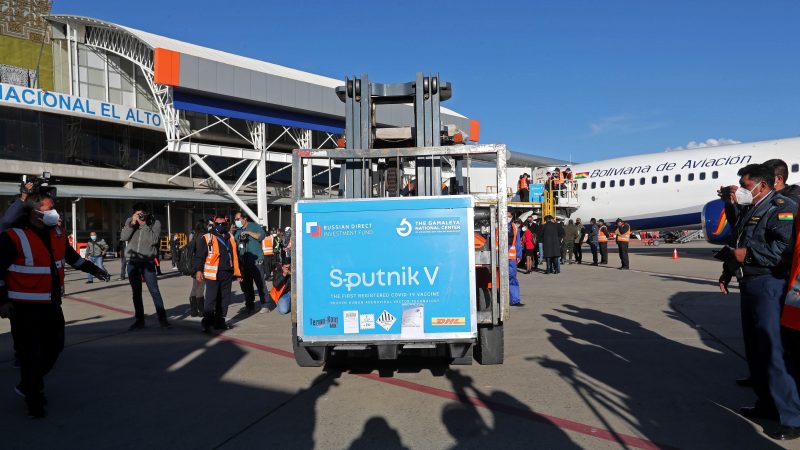 Russia’s Sputnik V coronavirus vaccine was the first to arrive in Argentina in December 2020 with the promise of relief for Latin American countries low on the waiting list for shots developed, and approved, in the West.

Yet to receive UN approval, the vaccine has since been taken up by about a dozen countries in the region — but, eight months in, a critical shortage of the second dose is weighing heavily on governments with limited alternatives.

Inoculation with Sputnik V, produced by Russian institute Gamaleya, requires two doses that differ from one another and were not designed to be swapped or mixed with other vaccines.

“I feel betrayed, that it is a hoax,” Noreyda Hernandez, a 66-year-old teacher, told AFP after disappointment at a vaccination center in the Venezuelan city of Maracaibo, which has no doses for those who need it.

There are similar scenes in Bolivia, where older adults arrive at clinics only to find notices informing them that the second dose has been “postponed until further notice.”

“We are tired, we keep coming back and every time it is the same answer: ‘The government must say.’ But what can the government say if it doesn’t know anything?” German Alarcon, 70, told AFP in La Paz.

The vaccine has since been declared safe and over 90% effective in a report published by leading medical journal The Lancet, restoring confidence in Russia’s jab.

The problem now, is production.

Latin American countries that opted for Sputnik — many of which started by inoculating the elderly, health workers and other at-risk groups — have decided to prolong the waiting period between the first and second dose from a minimum of 21 days to a maximum of 90.

Still, there are not enough.

“I received the Sputnik vaccine on 21 April and I’m still waiting for the second dose,” Josefina Bermudez, 72, said in Buenos Aires.

She found it ironic that her grandson, who at 25 does not fall into a priority category, has already received his two shots — of China’s Sinopharm.

Argentina, whose president and his deputy received Sputnik in a public show of confidence, last month threatened to cancel its contract with Russia. 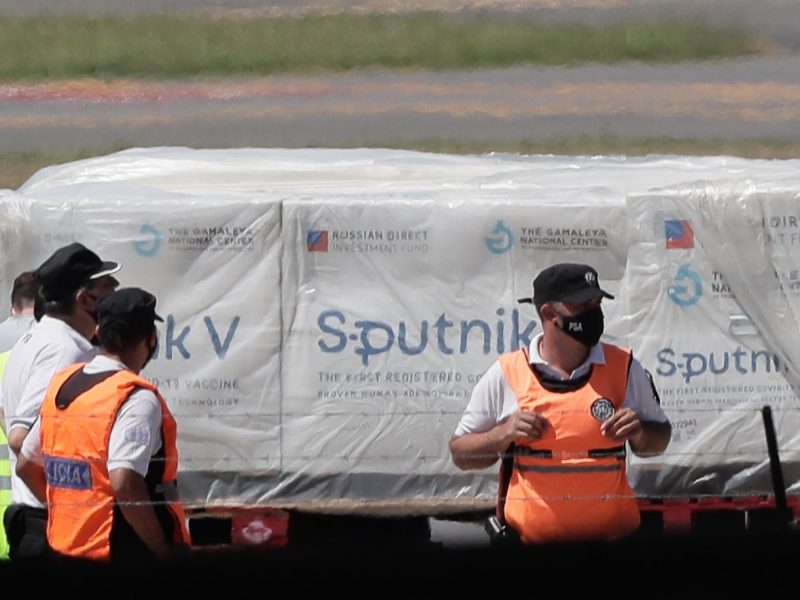 Argentina has complained to Russia about delays in delivering second doses of its Sputnik V coronavirus vaccine in a letter warning of breach of contract repercussions, the government in Buenos Aires said Thursday (22 July).

The country of 45 million people had signed a deal for 30 million Sputnik V doses, of which it had received less than half, according to the government.

Argentina has been researching the possibility of replacing the second dose of Sputnik V with another of the vaccines later added to its arsenal — AstraZeneca, Sinopharm, and Moderna.

The first results out Wednesday (4 August) showed that the AstraZeneca and Moderna vaccines work, so these will be offered to people waiting for their second Sputnik jab.

Tests on using the Sinopharm vaccine as a second dosis have not been conclusive, said Health Minister Carla Vizzotti.

The makers of the vaccine, the Russian Direct Investment Fund (RDIF) has promised to resolve delivery delays this month.

The delays were due to a “production scale up” and will be “fully resolved” in August, it said in a statement, adding that capacity will “double” in September thanks to a partnership with the world’s largest vaccine producer, the Serum Institute of India.

Regarding Guatemala, the RDIF said the contract had simply been “adjusted to a new delivery schedule.”

The RDIF has signed production agreements with more than a dozen countries, including major manufacturer India — which is expected to produce several hundred million doses per year.

On Tuesday the RDIF said Argentina’s Laboratorios Richmond would provide the country with over three million locally-produced doses of the second component of Sputnik V in August, with the first 150,000 already this week, after quality control was successfully completed.

Mexico has also launched local production, and state laboratory Birmex told AFP it was hoping to obtain Russian approval of a test run within days.

Mexico’s production will initially be destined for local use, but can later be exported to other countries in the region.

The RDIF says its two-dose vaccine has been approved in 68 countries, representing nearly half the global population. It has applied for registration in the European Union.

In Latin America, it has also been approved for use in Brazil, Chile, Ecuador, Paraguay, Nicaragua, Honduras, and some Caribbean states.