State Department says US is reviewing findings from Pandora Papers 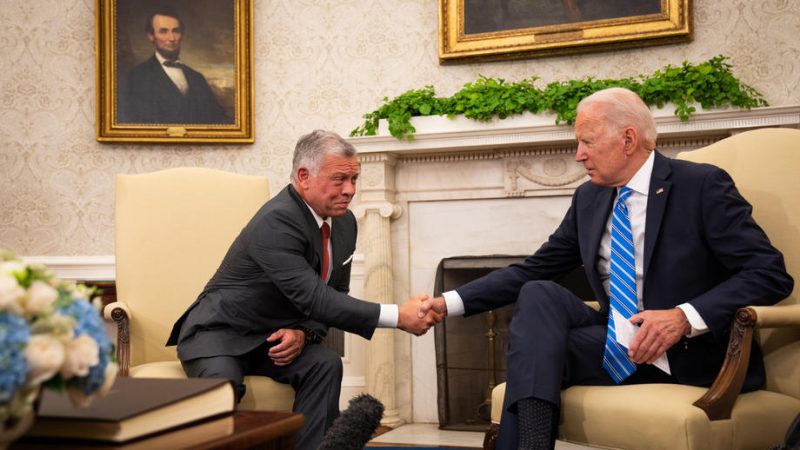 File photo. King Abdullah II ibn Al Hussein, King of the Hashemite Kingdom of Jordan, shakes hands with US President Joe Biden during a bilateral meeting inside the Oval Office at the White House in Washington, DC, USA, 19 July 2021. [Pool/EPA/EFE]

The United States is reviewing findings of leaked financial documents known as the Pandora Papers, but is not in a position to comment on specifics, State Department spokesman Ned Price said on Monday (4 October). 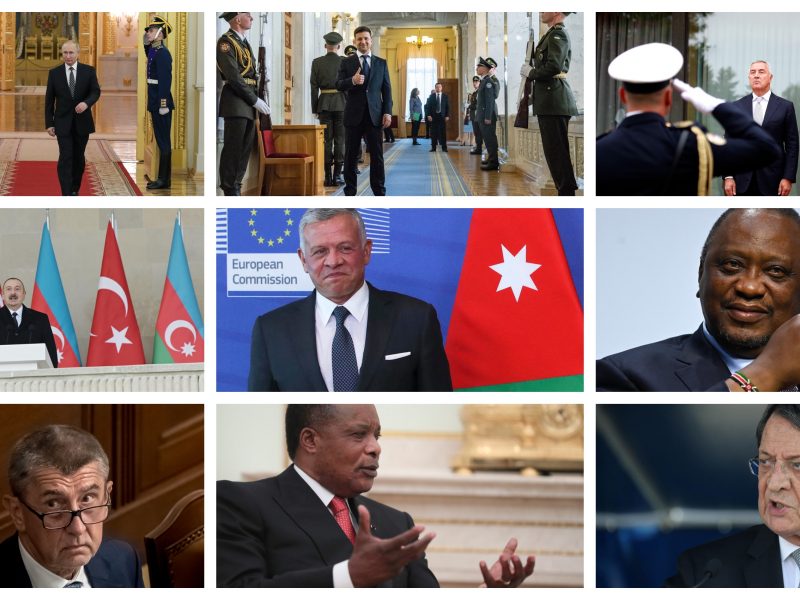 World leaders were on the defensive on Monday (4 October) after the release of millions of documents detailing how heads of state use offshore tax havens to stash assets worth hundreds of millions of dollars.

“We’ve of course seen the reporting on the Pandora Papers and we are not in a position to comment specifically on the findings, which we are reviewing,” Price told a regular news briefing.

He said the US government actively focuses on strengthening financial transparency and investigating possible illicit activity.

Addressing a specific query about Jordan, a significant recipient of US aid, Price said US assistance to Amman was “in the direct national security interests of the United States.”

“We carefully conduct monitoring and evaluation of all of our programs to ensure they are implemented according to their intended purpose,” he said.

According to the news organizations that reviewed the Pandora Papers, they showed that King Abdullah, a close US ally, used offshore accounts to spend more than $100 million on luxury homes in the United Kingdom and the United States.

Jordan’s royal palace said the king’s property ownership was “not unusual nor improper” and Abdullah himself told tribal leaders the cost of the properties and related expenditures had been personally funded by himself, not by the state budget or treasury.

According to the State Department, the United States is Jordan’s single largest provider of bilateral assistance, providing more than $1.5 billion in 2020.

Focus on the US

According to journalistic consortium which published the Pandora Papers, the US authorities have taken action over the past two decades to force banks in Switzerland and other countries to turn over information about Americans with overseas accounts.

The Pandora Papers provide details about tens of millions of dollars moved from offshore havens in the Caribbean and Europe into South Dakota, a sparsely populated American state that has become a major destination for foreign assets.

Over the past decade, South Dakota, Nevada and more than a dozen other US states have transformed themselves into leaders in the business of peddling financial secrecy. Meanwhile, most of the policy and law enforcement efforts of the world’s most powerful nations have stayed focused on “traditional” offshore havens such as the Bahamas, the Caymans and other island paradises.

The US is one of the biggest players in the offshore world. It is also the country best situated to bring an end to offshore financial abuses, thanks to the outsize role it plays in the international banking system. Because of the US dollar’s status as the de facto global currency, most  international transactions flow in and out of New York-based banking operations.

The US has refused to join a 2014 agreement supported by more than 100 jurisdictions, including the Cayman Islands and Luxembourg, that would require American financial institutions to share information they have about foreigners’ assets.

By 2020, 17 of the world’s 20 least-restrictive jurisdictions for trusts were American states, according to a study by Israeli academic Adam Hofri-Winogradow.