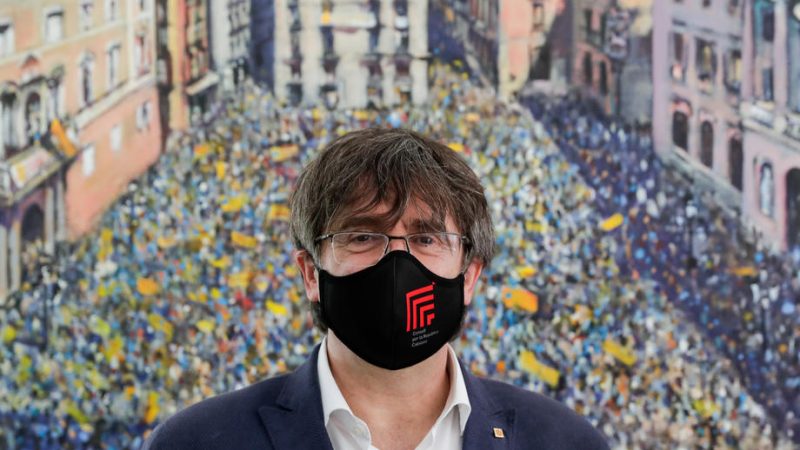 Catalan separatist leader Carles Puigdemont appeared in court on Monday in Sardinia where a judge will decide whether to extradite him to Spain to face sedition charges linked to Catalonia’s 2017 failed independence bid.

A few dozen supporters gathered outside, waving Catalan and Sardinian flags and chanting “freedom” as he arrived.

Italian police arrested Puigdemont on Sept. 23 after he flew into the island for a Catalan folklore festival.

The officers were acting under a European arrest warrant issued by Spain which has demanded Italy extradite Puigdemont. He headed Catalonia’s regional government at the time of a vote on independence from Spain in 2017 – a plebiscite that Spanish courts say was illegal.

A judge in the city of Sassari released Puigdemont less than 24 hours later and allowed him to leave Italy but set a court hearing on Monday to decide on the legality of the arrest warrant.

Puigdemont has been living in self-imposed exile in Belgium since shortly after the referendum.

The 58-year-old has served as a member of the European Parliament since 2019, but he was stripped of immunity from prosecution by that body’s lawmakers in March.

Puigdemont’s lawyers argue there were no grounds to arrest him and he should be free until the European Court of Justice resolves their appeal on the European Parliament’s decision to remove his immunity.

Spain’s Supreme Court sentenced nine other Catalan separatist leaders to lengthy prison terms in 2019 for their role in the 2017 attempt to break away from Spain. They were pardoned in June.