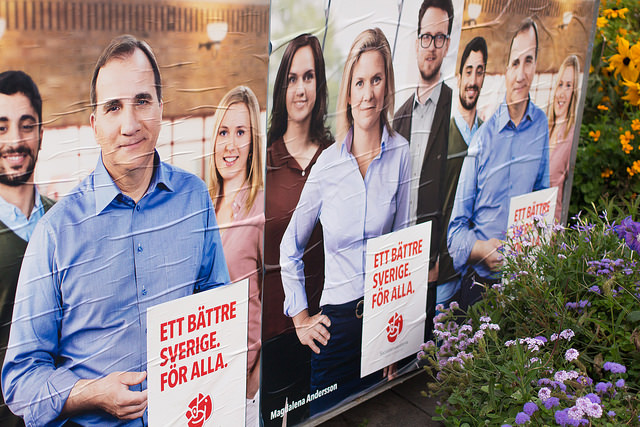 Swedes will go to the polls on 22 March 2015. [Håkan Dahlström/Flickr]

Sweden’s centre-left government collapsed, after it failed to gather enough support to pass its budget through the national parliament, on Wednesday night (3 December).

The Social Democrat-Green coalition government called snap elections for 22 March 2015, only three months after it came to power and for the first time since the early 1950s.

Their budget proposal would have raised taxes and increased benefits for the jobless. The Conservatives, the Liberals, the Centre Party and the Christian Democrats blocked the proposal with the support of the far-right Sweden Democrats.

Prime Minister Stefan Löfven formed a minority government with the Greens after winning the September elections. But the coalition lacks the necessary votes to pass major laws.

On Tuesday (2 December), Löfven said that he would rather resign than support the opposition’s budget proposal.

During the negotiations, the centre-left coalition proposed referring the budget to the parliament’s finance committee to find a compromise.

That would have avoided the collapse of the government. But the opposition leaders refused the offer.

Löfven has hinted the door is open to further negotiations.