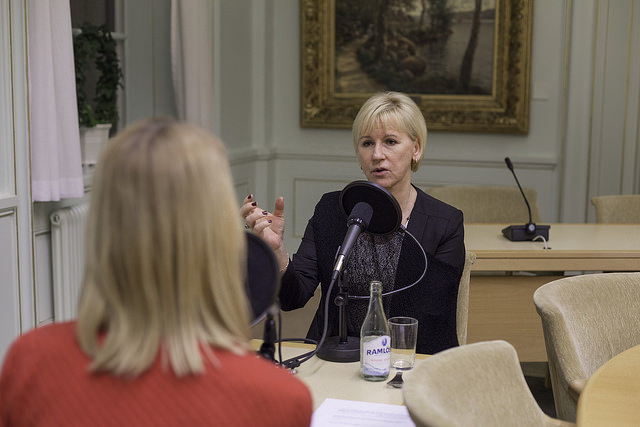 Swedish police on Tuesday (19 January) opened a formal corruption probe of the social democratic Foreign Minister Margot Wallström over the rent contract for her apartment in Stockholm.

It follows Swedish press reports that the trade union Kommunal ensured that one of its properties in central Stockholm could be made available for Wallström for accomodation. Wallström has claimed that she told the trade union that everything had to go by the book before she took over the appartment, and has accused Kommunal’s chairman Annelie Nordström of lying.

But according to the daily Aftonbladet, which initially set an investigation into Kommunal’s economic deals, Wallström pays only 32 Swedish crowns (€3.4) to rent the 89 square metre appartment per month, after deducting the subsidies she receives for being a minister.

Wallström is a well-known figure in Brussels. As well as being Sweden’s foreign minister since 2014, she served as European Commissioner for the Environment from 1999-2004, as well as vice-president of the Commission and in charge of Institutional Relations from 2005-2009.

Wallström also became the first EU foreign minister to recognise the state of Palestine in October 2014. The move created unprecedented tentions between Israel and Sweden, and Wallström’s immunity status was revoked.

The outspoken minister, who has declared that she leads a “feminist foreign policy”, last year also criticised Saudi Arabia’s flogging of the blogger Raif Badawi.

Meanwhile Stockholm has suffered a housing shortage for some time. At the end of December, more than half a million Swedes were on a public waiting list for appartments in the capital.

The Public Prosecutor Alf Johansson told the news agency TT that the new information about the foreign minister’s “special treatment” in the press was enough to assume that a crime has been committed.

“I’m welcoming this investigation,” Wallström said in a statement. “I have nothing to hide and it’s good that this will be made clear. Until then I’ll continue doing my job,” the minister continued.

Prime Minister Stefan Löfven said on Sunday (17 January) in a TV debate that he wished Wallström had handled her accomodation arrangements in a better way.

“Like everybody else, I get upset and disappointed. It’s very important that the trade unions do a good job for their members. These kinds of cases hurt them,” he told SVT.

If the public prosecutor’s corruption investigation concludes that the rent contract can be seen as bribery, both Wallström and Nordström could be convicted. In Sweden, bribery can result in a fine or imprisonment for up to two years, or maximum five years for aggravated bribery.