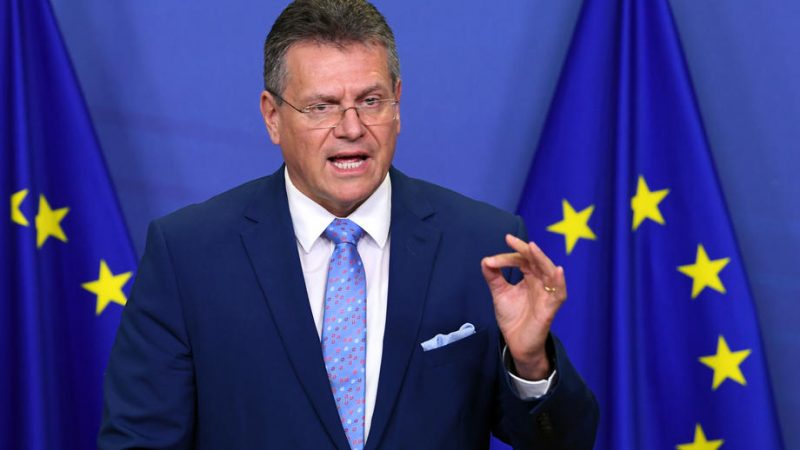 The EU opened legal proceedings against the UK on Wednesday (15 June) in the wake of London’s decision to table a new law that would unilaterally override parts of the Northern Ireland protocol. [Pool/EPA/EFE]

Brussels has pushed for years for a treaty to cap an array of bilateral accords and require the Swiss to routinely adopt changes to single market rules.

Talks between Bern and its biggest trading partner broke off in May over concerns about yielding too much sovereignty to the bloc. 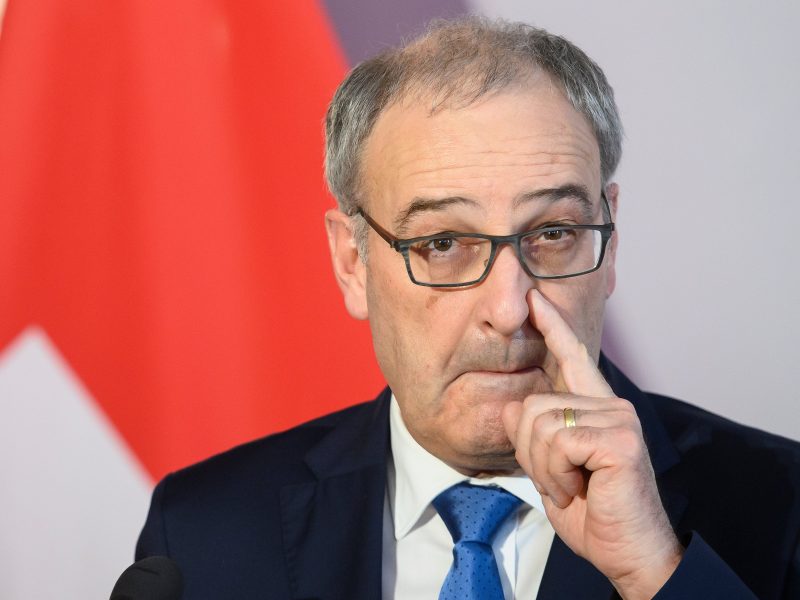 “Should new negotiations not lead to success, the bilateral agreements that were still in force would gradually expire and make our relationship obsolete at some point,” said Šefčovič, who oversees EU-Swiss affairs, in an interview published on Tuesday (28 December).

Switzerland would have to give assurances it would abide by EU internal market rules if Bern is committed to new negotiations, Šefčovič said.

The European Union wants Switzerland to agree to a dynamic alignment of its laws with EU law, a level playing field, a mechanism to settle disputes and regular contributions to EU funds for poorer EU members.

Šefčovič reiterated the EU’s demands in the Spiegel interview.

“We urgently need to know from Switzerland whether it seriously wants to negotiate with us,” Šefčovič said.

In November, the European Union urged Switzerland to set out a clear timetable for resolving the EU internal market issues by January.

“We have to know what we want to talk about when – so that it is clear that the discussion will not last 20 or 30 years,” Šefčovič told Spiegel.

EU-Swiss economic ties are governed by more than 100 bilateral agreements stretching back to 1972.

A collapse in relations over time could jeopardise Switzerland’s de facto membership of the EU common market that Bern is keen to maintain.

Šefčovič gave the example of medical devices, which can only be sold in the EU with the right certification and that would be impossible without the appropriate contracts.