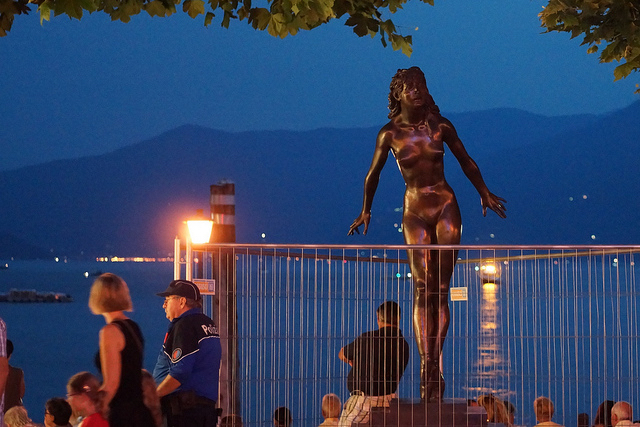 Nine months pregnant and desperate to cross from Italy into Switzerland after fleeing Ethiopia, a young woman along with her husband are among hundreds stranded by a Swiss border clampdown that is drawing international scrutiny.

Swiss authorities reject accusations they are violating would-be refugees’ rights to seek asylum. But a growing throng of migrants waiting near Como in northern Italy and aid workers tell a different story: The Swiss border is effectively closed.

“Wait here until we understand the situation,” volunteer Lisa Bosia Mirra told the Ethiopian couple, who did not give their names, after they sought her help with Swiss asylum applications. “One week at least.”

Mirra, a member of the regional parliament in Switzerland’s Italian-speaking Ticino region that borders Italy, told them not to try to cross until then, since to be registered and deported could dash any hope of winning Swiss asylum.

It’s holiday season at Nickelsdorf on Austria’s border with Hungary as families hit the highway. But although the huge numbers of refugees seen here a year ago have gone, things are far from normal.

Still, the pair, fearing the prospect of the mother giving birth in a Como park without shelter or sanitation, said they would try their luck anyway and enter Switzerland, a longtime haven for refugees, by train.

Several hundred migrants have slept on towels and blankets in the park near Como’s train station since the Swiss clampdown began in mid-July, separating people from relatives or friends who had crossed some months before.

Non-governmental and human rights groups like Amnesty International and Bosia’s Associazone Firdaus have called for clarifications from Switzerland over migrants’ claims that they were denied a chance to speak to border authorities and that requests to seek Swiss asylum went unheeded.

With the migrant crisis now in its third year, more people are arriving and more are dying on often dangerous journeys to Europe from North Africa and the Middle East.

For many migrants, Italy has become the gateway into Europe now that – in response to a public backlash over the more than one million who streamed to the continent in 2015 – borders have slammed shut along the Balkan corridor and an accord between Turkey and the EU has stemmed an influx into Greece.

More than 140,000 asylum seekers are now housed in Italian shelters, up sevenfold from 2013. Italy has increasingly struggled to cope as Austria, France and Switzerland have turned back migrants seeking onward travel.

In Switzerland, asylum requests fell by more than a third year on year in July, even as those trying to enter rose. Last week alone, Swiss border guards swept up nearly 1,800 people trying to cross from Italy without permission.

More than two-thirds have been turned away since July, up from one in seven through June this year.

Swiss Customs said this upholds the law – under Europe’s Dublin Regulation for handling refugees, migrants can be returned to their first country of registry – and reflects a rise in migrants aiming to transit elsewhere in Europe.

Under Swiss law, its Secretariat for Migration (SEM) must process anyone requesting asylum. That means border officers or police must put asylum seekers in SEM’s care even if they are ultimately deemed ineligible to stay.

But many of Como’s migrants, including minors, told Reuters in interviews that they were rebuffed directly at the border despite presenting documents showing they sought to join family in Switzerland. It remains unclear if people were being rejected en masse under any formal policy, Bosia said. 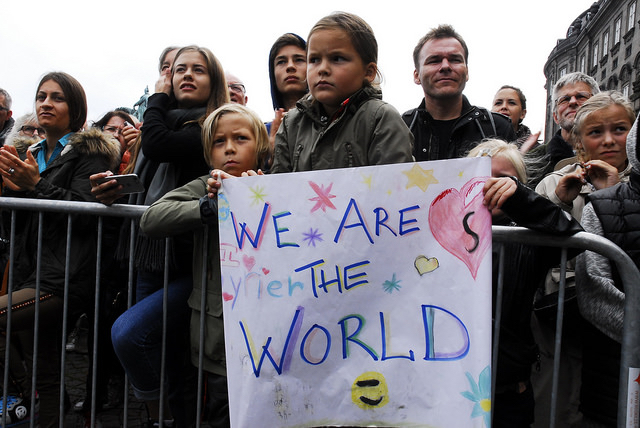 Denmark and Sweden on Wednesday (1 June)  extended their border controls until November to curb the tide of migrants into their nations, saying the European Union still lacked security at its external borders.

Norman Gobbi, the local Swiss police director, has told local media of a more restrictive practice where only plausible asylum requests were being considered. Those requesting asylum only after being rebuffed for initially saying they wanted to travel onward were being returned to Italy, he said.

“This situation is an expression of the failure of the Dublin system,” Swiss parliamentarian Carlo Sommaruga said last week as he met young Ethiopians, Eritreans and Somalis, many of them children, who travelled across Egypt and Libya to Europe.

These young people told stories of persecution at home – a father jailed, an uncle murdered, women raped – which they said made fleeing necessary. Abdurre Dire showed scars on his hands, face and wrist he said came from police in his native Ethiopia.

“If I had not left, they would have killed me,” he said.