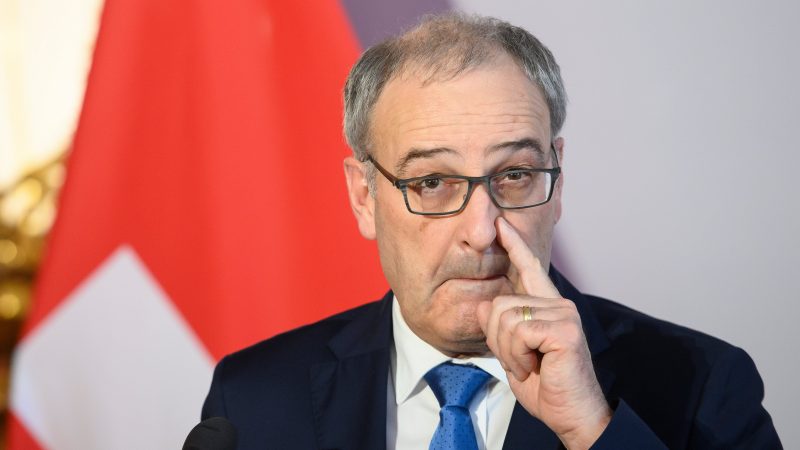 Brussels and Bern have spent more than a decade discussing a so-called framework deal, which would rejig five major agreements within a patchwork of 120 accords that govern non-EU member Switzerland’s relations with the surrounding bloc.

But Swiss President Guy Parmelin said that the 13 years of talks had hit the end of the road, in a move which could jeopardise relations with the EU, which had made no secret of its impatience to nail down a deal.

Parmelin went to Brussels in late April for talks with EU chief Ursula von der Leyen, but the pair made no headway on resolving a range of sticking points 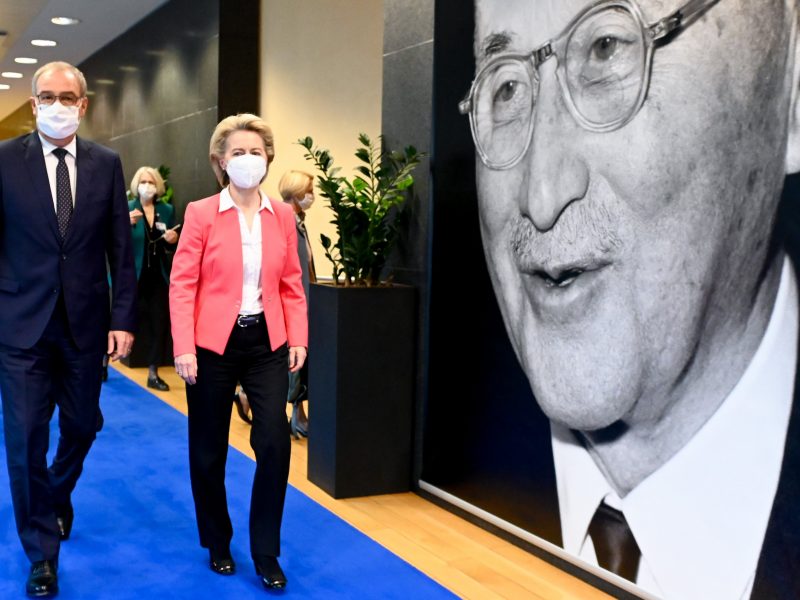 The two sides hit an impasse after the EU refused to budge on demands from Parmelin to exclude key issues relating to state aid, wage protections and freedom of movement from the pact.

In a statement, Switzerland’s Federal Counci government said it reviewed the outcome of those talks on Wednesday.

“There remain substantial differences between Switzerland and the EU on key aspects,” it said.

“The conditions are thus not met for the signing of the agreement.”

The move brings the negotiations to a close, the statement said.

‘A matter of fairness’

There is concern that failing to secure the framework deal might rock Switzerland’s relationship with the EU.

Around half of all Swiss exports go to the bloc, which all but surrounds the landlocked country, while two-thirds of Switzerland’s imports are from the EU.

Among other points, the ditched agreement covered access to the single market and fine-tuning applicable Swiss and EU laws.

The overarching deal would have required revising the agreements on free movement, industrial standards, agriculture, air and land transport — and the creation of a joint arbitration court that could settle differences and enable compensation for breaches.

Since 2008, the EU has insisted Switzerland must sign the agreement before concluding any new bilateral deals, with negotiations getting underway in 2014.

For Brussels, those talks concluded in 2018, but the Swiss continued to press for changes and repeatedly put off signing.

The European Commission — the EU’s executive branch — hit out at Bern’s move.

The commission said the EU-Swiss Institutional Framework Agreement was essential for an enhanced future relationship.

“We regret this decision, given the progress that has been made,” the European Commission said in a statement.

Our statement on the decision by the Swiss Federal Council to terminate the negotiations of the EU-Swiss Institutional Framework Agreement: https://t.co/FKQzikk0aj pic.twitter.com/mey1B0XTWd

It said the deal’s core purpose was “fundamentally a matter of fairness and legal certainty”.

“Privileged access to the Single Market must mean abiding by the same rules and obligations.”

The commission said relations between the EU and Switzerland were already not up to speed with where they should be.

“Without this agreement, this modernisation of our relationship will not be possible,” it added.

Switzerland worried that the deal could damage wage protections in the wealthy Alpine country, where salaries are significantly higher than in the neighbouring EU.

The Federal Council faced pressure from the economic and financial sectors to save the deal — and demands from opponents to not cave in to the EU.

There have also been calls for the agreement to be put to a referendum, in keeping with the Swiss direct democracy system.

The right-wing, populist Swiss People’s Party (SVP) — the country’s biggest party — called it “a victory for Swiss self-determination” over a “treaty of submission”.

The Socialists lamented the failure of talks, while the Greens called it a “Waterloo” moment.

The main liberal party regretted Bern’s decision but said the EU had “failed to take into account” Switzerland’s interests.

The main employers’ organisations regretted the collapse of talks.

Swissmem, the national association representing the engineering industry, said “unhindered” access to the European market was “decisive” for companies in the sector, which export 55 percent of their production to the EU.

However, the Swiss Trade Union Federation applauded that “the threat to the protection of wages is over”.

Despite Wednesday’s decision, Bern said it wanted further political talks with Brussels on the road ahead.

“We are starting a new chapter in relations between Switzerland and the EU,” Parmelin said.

An unnamed EU official in Brussels said the existing agreements would not be terminated but there would be a “slow erosion” of their effectiveness over time.

“Our door is always open, to make new proposals,” the official said.

One response to “Swiss scrap talks with EU on cooperation deal”