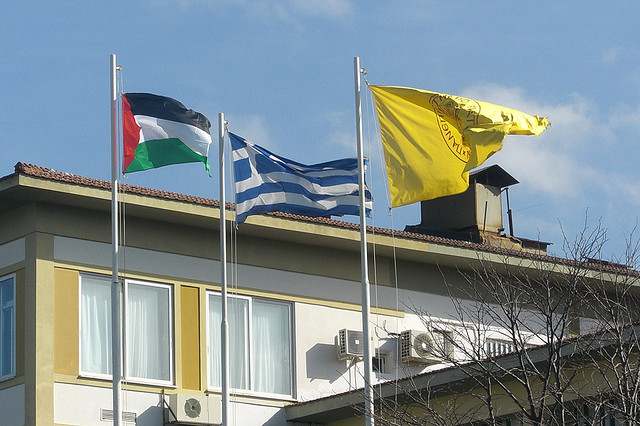 In an interview with EURACTIV Greece, the lawmaker said that 138 countries within the UN are in favour of the request to upgrade the Palestinian Authority to a state, and dozens of national parliaments have already done so.

In the EU, Sweden unilaterally recognized Palestine in October 2014, while similar, non-binding votes have taken place in the parliaments of France, the UK, Ireland and Spain.

“There is a fixed commitment of the Greek government to recognize Palestine as a state […] I estimate that very soon the Greek government will also raise the issue. Schematically-speaking, once it takes a breath from the suffocation,” Sakorafa underlined, referring to the tough negotiations between Athens and the so-called “Troika” on the future of the cash-strapped country.

The carefully-worded measure, initially proposed by S&D, ALDE and the Greens, promoted “recognition of Palestinian statehood and the two-state solution,” and “believes these should go hand in hand with the development of peace talks, which should be advanced.”

Such a move by Syriza would probably put it at odds with its coalition partner, the right-wing Independent Greeks.

“We will continue the cooperation both on a political and military level,” he said in February, after a meeting with Israel’s ambassador to Greece.