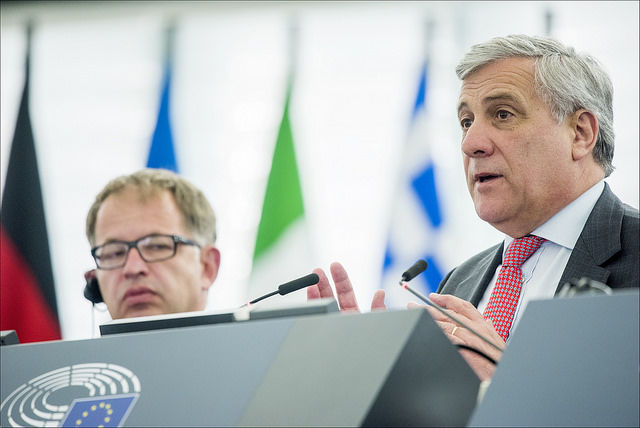 President of the European Parliament Antonio Tajani on Monday (31 July) said the EU institution will not recognise the result of the election in Venezuela, claiming that it is a “sad day for democracy”.

Venezuelan President Nicolas Maduro claimed victory in an internationally criticised election to pick a new assembly to rewrite the constitution but the opposition vowed to keep protesting despite deadly clashes.

Ten people were killed in a wave of bloodshed that swept Venezuela yesterday (30 July) as Maduro defied an opposition boycott and international condemnation including the threat of new US sanctions – to hold elections for a powerful new “Constituent Assembly”.

Protesters attacked polling stations and barricaded streets around the country, drawing a bloody response from security forces, who opened fire with live ammunition in some cases.

Despite the boycott and the unrest, the head of the National Electoral Council, Tibisay Lucena – one of 13 Maduro allies already hit by US sanctions – said there had been “extraordinary turnout” of more than eight million voters, 41.5% of the electorate.

In a speech to hundreds of supporters in central Caracas, Maduro hailed it as a win. “We have a Constituent Assembly,” he said. 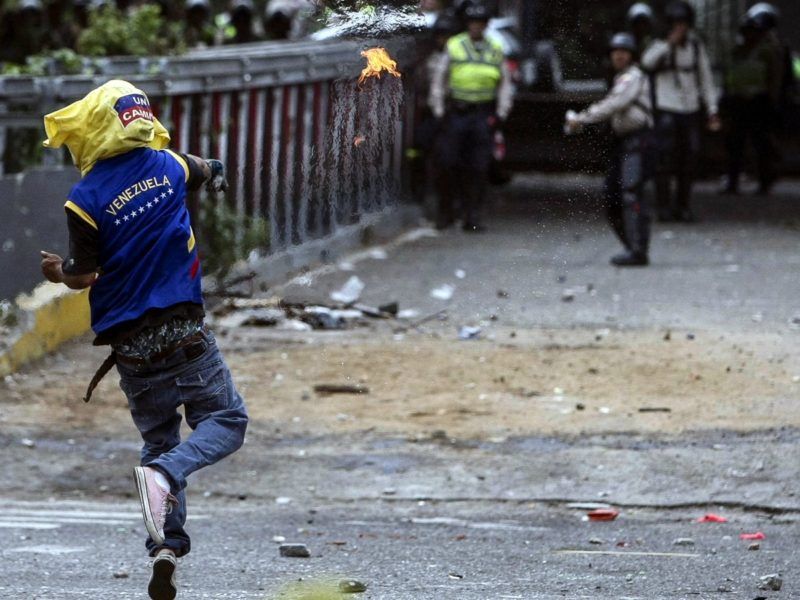 “It is the biggest vote the revolution has ever scored in its 18-year history,” he said, referring to the year his late mentor, Hugo Chavez, came to power.

The socialist president is gambling his four-year rule on the 545-member assembly, which will be empowered to dissolve the opposition-controlled congress and rewrite the constitution.

But the unrest fueled fears that his insistence on convening the assembly — despite months of demonstrations — would only plunge the country deeper into chaos.

There was blistering international condemnation of the vote, led by Washington.

“The United States condemns the elections… for the National Constituent Assembly, which is designed to replace the legitimately elected National Assembly and undermine the Venezuelan people’s right to self-determination,” US State Department spokeswoman Heather Nauert said in a statement.

It threatened further “strong and swift” sanctions on Maduro’s government.

EU Parliament President Antonio Tajani issued a statement saying that he had a phone call with the leader of the opposition, Leopoldo López.

“It is a sad day for democracy in Venezuela, in Latin America and in the world as international treaties and the country’s own constitution are violated, most importantly, against the will of the people,” he noted, adding that “chavist repression” has reached unthinkable levels.

He stressed that the international community could not remain silent and stated that the press was not allowed covering and reporting from polling places.

“This again demonstrates how undemocratic the current regime is”, the Italian MEP emphasised.

“As President of the European Parliament […] I give my full support to the representatives of the Venezuelan people: the National Assembly. We will not recognise this election,” Tajani concluded. 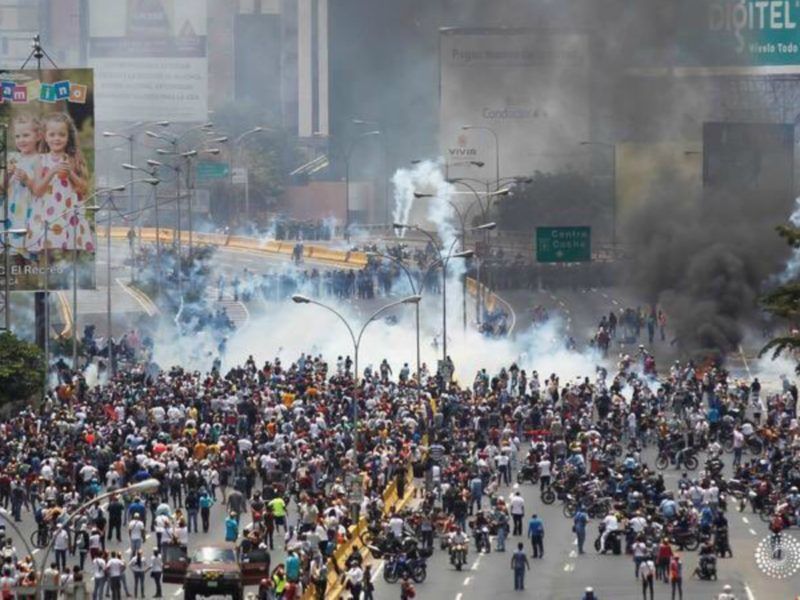 Venezuela entered a fifth day of violent protests yesterday (10 April), as its president travelled to Cuba to seek support from fellow leftist leaders. The EU expressed concern over the escalating tensions and called on all parties to find common ground and end the violence.

In Brussels, the European Union voiced its concern today over the ‘fate of democracy” in Venezuela, adding there are “grave doubts” that it can recognise a controversial vote to elect a new assembly.

“The events of the past 24 hours have reinforced the European Union’s preoccupation for the fate of democracy in Venezuela,” European Commission spokeswoman Mina Andreeva said.

“The Commission indeed has grave doubts about whether the election result can be recognised.”

S&D Group President Gianni Pittella said, “Yesterday’s vote cannot be seen as a genuine act of democracy- it was held against a backdrop of political violence, only increases divisions in the country and threatens Venezuela’s democratically elected institutions.  The election was a sham and the latest example of President Nicolás Maduro's slide towards authoritarianism”.

“We condemn his actions in the strongest possible terms. We urge President Maduro to change course and act to end the turmoil in the country rather than intensifying it. People are dying and thousands lack access to food and basic medicines. This cannot continue. We will not close our eyes to the plight of the Venezuelan people - a peaceful solution must be found as quickly as possible,” he noted.