Taliban hail Oslo meet as success ‘in itself’ 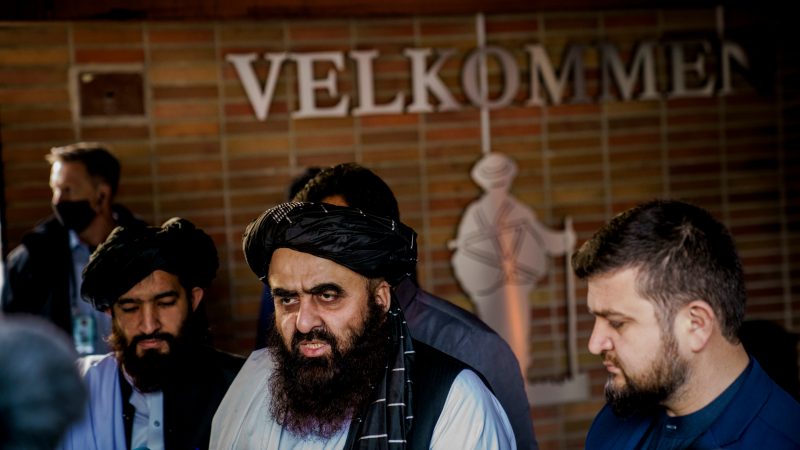 Taliban acting Minister of Foreign Affairs Amir Khan Muttaqi speaks to reporters at the Soria Moria hotel in Oslo, Norway, 24 January 2022. Norway has invited representatives of the Taliban to Oslo to hold meetings with the Norwegian authorities and representatives of the international and Afghan community for negotiations. [EPA-EFE/STIAN LYSBERG SOLUM]

On their first visit to Europe since returning to power, the Taliban held landmark talks with Western diplomats in Oslo on Monday (24 January) over the humanitarian crisis in Afghanistan, a meeting the Islamist regime’s delegation called an “achievement in itself”.

The international community has however insisted the Taliban must respect human rights before aid can resume as hunger threatens more than half of Afghanistan’s population.

Having accepted a controversial invitation from Norway, the Taliban were holding talks on Monday with representatives of the United States, France, Britain, Germany, Italy, the European Union and Norway. 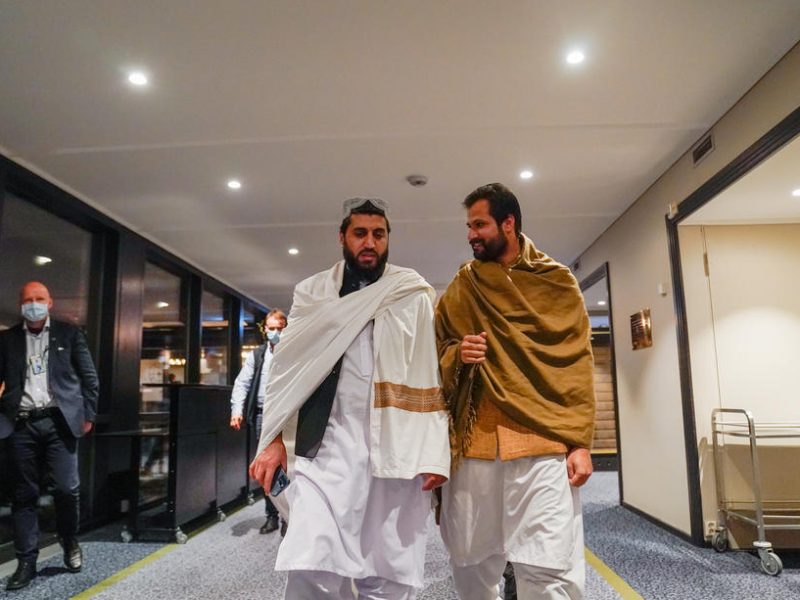 Taliban and Western diplomats meet in Oslo on Monday for talks on Afghanistan’s humanitarian crisis and human rights, especially those of women whose freedoms have been curbed by the hardline Islamists.

The closed-door discussions were taking place at the Soria Moria Hotel, on a snowy hilltop outside Oslo, with the Taliban delegation led by Foreign Minister Amir Khan Muttaqi, who hailed the fact that the meeting took place as a success in its own right.

“Norway providing us this opportunity is an achievement in itself because we shared the stage with the world,” Muttaqi told reporters Monday.

“From these meetings we are sure of getting support for Afghanistan’s humanitarian, health and education sectors,” he added.

Afghanistan’s humanitarian situation has deteriorated drastically since last August when the fundamentalists stormed back to power 20 years after being toppled.

International aid came to a sudden halt, worsening the plight of millions of people already suffering from hunger after several severe droughts.

Thomas West, the US special representative for Afghanistan, tweeted on Sunday: “As we seek to address humanitarian crisis together with allies, partners, and relief orgs, we will continue clear-eyed diplomacy with the Taliban regarding our concerns and our abiding interest in a stable, rights-respecting and inclusive Afghanistan.”

No country has yet recognised the Taliban regime, which hopes that meetings of this kind will help legitimise their government.

Norway’s Foreign Minister Anniken Huitfeldt has stressed the talks would “not represent a legitimisation or recognition of the Taliban”, but because of the humanitarian emergency “we must talk to the de facto authorities in the country”.

Experts and members of the Afghan diaspora have criticised the Norwegian invitation to the Taliban, and protests have been held outside the foreign ministry in the capital.

In Kabul, Wahida Amiri, an activist who has protested regularly in Kabul since the Taliban’s return, told AFP she was “sorry for such a country as Norway for organising this summit, sitting with terrorists, and making deals”.

Since August, international aid, which financed around 80 percent of the Afghan budget, has been suspended and the United States has frozen $9.5 billion in assets in the Afghan central bank.

Unemployment has skyrocketed and civil servants’ salaries have not been paid for months in the country.

Hunger now threatens 23 million Afghans, or 55% of the population, according to the United Nations, which says it needs $4.4 billion from donor countries this year to address the crisis.

But the international community is waiting to see how the Taliban intend to govern after being accused of trampling on human rights during their first stint in power between 1996 and 2001.

While the Islamists claim to have modernised, women are still largely excluded from public-sector employment and most secondary schools for girls remain closed.

Before meeting with the Taliban, the Western diplomats held talks early Monday with members of Afghanistan’s civil society, including women activists and journalists, who had themselves held talks the day before with the hardline Islamists on human rights.

One of those in attendance, women’s rights activist Jamila Afghani, told AFP “it was a positive icebreaking meeting” where the Taliban “displayed goodwill”, but it remained to be seen “what their actions will be”.

On Monday, another woman activist who took part in Oslo, Mahbouba Seraj, said the Taliban “acknowledged us and they heard us”.

“I’m hopeful. I’m hoping for some kind of an understanding of each other”, she told reporters.

Meanwhile, Taliban spokesman Zabihullah Mujahid tweeted after their talks that “the participants recognised that understanding and joint cooperation are the only solutions”.

Among the 15 members of the all-male Taliban delegation was Anas Haqqani, a leader of the most feared and violent faction of the Taliban movement, the Haqqani network, blamed for some of the most devastating attacks in Afghanistan.

His participation has been heavily criticised on social media and local media reported a Norwegian-Afghan has filed a police complaint in Oslo against Haqqani for war crimes.

“This is a country that has been at war for decades,” Norway’s minister of international development Anne Beathe Tvinnereim told broadcaster NRK.

“If you want to meet with the people who matter, the authorities who actually govern Afghanistan, you have to expect that some of them have blood on their hands,” she said.

One response to “Taliban hail Oslo meet as success ‘in itself’”