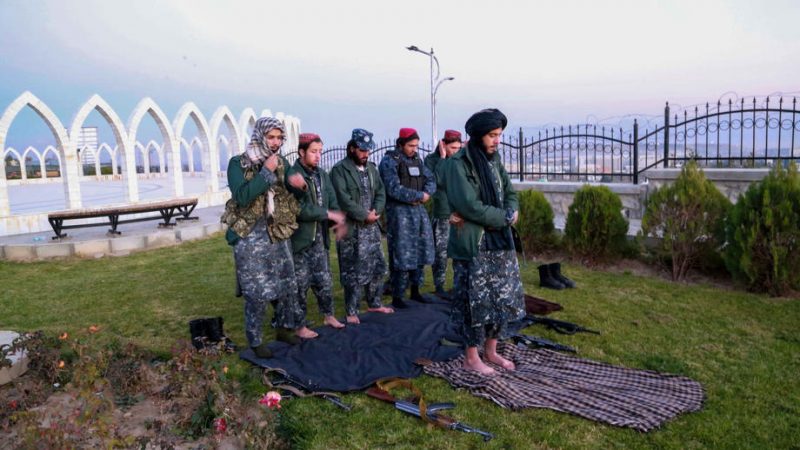 The US, other Western nations and allies on Saturday said they were “deeply concerned” by allegations by Human Rights Watch and others that point to “serious human rights abuses”.

We join our international partners in reiterating the United States’ grave concern about killings and disappearances of former Afghan security force members as documented by @hrw and others. https://t.co/lnIPOF5pty

Alleged summary killings and enforced disappearances “contradict” an amnesty declared by the Taliban for former security force personnel after the Islamists defeated a Western-backed regime and retook control of the country in mid-August, the State Department said.

The European Union, Australia, Britain, Japan and others also put their names to the statement.

But the Taliban’s Interior Ministry on Sunday rejected both the Western rebuke and rights groups’ allegations.

“These reports and claims are not based on evidences,” spokesman Qari Sayed Khosti said in a video statement released by the Taliban. “We reject such claims.”

“We have some cases where some former ANDSF members were killed but they have been killed because of personal rivalries and enmities,” he said, referring to the now-defunct Afghan National Defence and Security Forces.

Many ex-regime security personnel “who had martyred hundreds of mujahideen and civilians are living peacefully” in the country on the basis of the general amnesty the Taliban granted, he added.

HRW on 30 November released a report that it says documents the summary execution or enforced disappearance of 47 former members of the ANDSF, other military personnel, police and intelligence agents “who had surrendered to or were apprehended by Taliban forces” from mid-August through October.

The Taliban’s return came some 20 years after they were driven out by US forces who toppled a government that earned outrage for its brutal treatment of women, failure to uphold human rights and harsh interpretation of Islam.

Today’s Taliban leaders, keen to gain international respectability, have pledged their regime will be different.

But in its report HRW said Taliban leaders have directed surrendering security forces to register with authorities in order to be screened for ties to certain military or special forces units, and to receive a letter guaranteeing their safety.

“The Taliban have used these screenings to detain and summarily execute or forcibly disappear individuals within days of their registration, leaving their bodies for their relatives or communities to find,” HRW said.

Calling for an investigation into these incidents, the joint statement released by the State Department said: “We will continue to measure the Taliban by their actions.”

“We underline that the alleged actions constitute serious human rights abuses and contradict the Taliban’s announced amnesty,” the US-led group of nations said, as they called on Afghanistan’s new rulers to ensure the amnesty is enforced and “upheld across the country and throughout their ranks.”

The Taliban demanded that the claims be backed by evidence.

“If they have documents and evidences they should share it with us,” Khosti said, adding that falsely “tagging personal enmities” onto actions by the Taliban authorities “is unjust”.

Washington held talks with Taliban officials earlier this week, the second round of discussions since US forces left the country at the end of August.

At the talks, in Doha, US officials urged the hardline Islamist group to provide access to education for women and girls across the country.

It also “expressed deep concern regarding allegations of human rights abuses”, a US spokesman said.

Cut off from billions of dollars in aid provided to the previous regime, Afghanistan’s new rulers — designated Specially Designated Global Terrorists by the US — are grappling with an insurgency by a division of the Islamic State and are struggling to feed millions of people as Winter descends.