Turkey’s highest electoral body is expected to rule in the coming hours on the appeal by President Recep Tayyip Erdoğan’s AKP, for a re-run of the Istanbul local elections, five weeks after a stunning opposition victory in the city.

The verdict of the High Election Board (YSK) of Turkey will come amid growing tension between the ruling Justice and Development Party (AKP) and the main opposition Republican People’s Party (CHP).

The polls held on 31 March have become one of the most controversial Turkey’s political history due to its unexpected setback for the government.

The AKP lost control of the capital Ankara and Istanbul, the country’s biggest city, for the first time in 25 years.

The President’s AKP and their nationalist MHP allies have refused to recognise the CHP’s victory, citing what they say are irregularities that impacted the outcome.

While those appeals have been pending for weeks, the YSK has ordered partial and full recounts across Istanbul. Istanbul’s new CHP mayor, Ekrem İmamoğlu, finally took office last month after the recounts were completed. 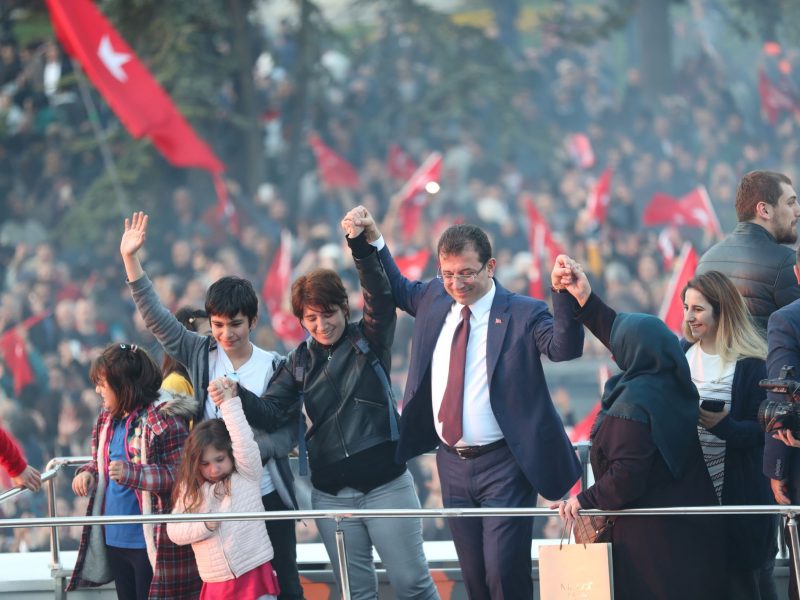 Turkey’s main opposition candidate took office as Istanbul mayor on Wednesday (17 April) after a stunning victory over President Tayyip Erdogan’s AK Party, but the new head of the country’s largest city still faces an appeal for the vote to be re-run.

However, in its interim ruling on the objections, the YSK ordered district electoral officials to inspect their respective polling station officials. Prosecutors also launched probes into the alleged irregularities, calling 100 polling station workers in for questioning as suspects.

The YSK is composed of 11 senior judges and issues its verdicts by majority vote. The decisions of the YSK are final and cannot be taken to a higher court.

However, AKP Deputy Chairman Ali İhsan Yavuz said on Sunday (5 May) that they will submit an additional petition to the YSK regarding the ineligibility of voters previously dismissed from public office by emergency decrees due to their links with terrorist organisations.

Yavuz later told a broadcaster that the party was preparing to file criminal complaints related to the alleged irregularities, but that it would wait for the YSK’s ruling.

He added that the AKP would file a new appeal to the YSK to block individuals dismissed through government decrees after a June 2016 coup attempt from being able to vote. The YSK rejected a previous appeal by the AKP on the same issue.

If the YSK decides to hold a new election, more than 9 million voters in İstanbul will vote again vote in July. Based on the YSK’s rules, political parties will not be able to change their candidates.

Growing tension between AKP and CHP

In a statement at the weekend, President Erdoğan called for a re-run of the mayoral election in Istanbul.

“Correcting the corruption in the elections would vindicate the YSK and relieve the hearts of the Turkish people,” said Erdoğan, adding, “All our efforts are towards giving the value of the nation’s vote back to the nation.”

Echoing Erdoğan, MHP chair Devlet Bahçeli said that his party was in favour of a re-run.

CHP leader Kemal Kılıçdaroğlu has accused Erdoğan’s AKP and the MHP of putting political pressure on the YSK to re-hold the Istanbul election.

“There is neither controversy nor a plot. It’s about [the AKP’s] inability to digest [the results]. They have started to bring a cloud of suspicion on the YSK. Leave the YSK alone,” Öztrak said.

While the CHP won the mayoralty in İstanbul, the AKP won most of the districts and earned the majority of seats in the municipal council. The AKP says this proves the irregularities, but İmamoğlu said on Saturday (May 4) that they could “only laugh at this”.

Speaking to flag-waving supporters chanting ‘Mayor Ekrem’ in İstanbul on Sunday, İmamoğlu said the elections were over and the results clear, and added that he believed the YSK would make a decision to safeguard Turkey’s future.

The uncertainty over the results in Istanbul, which accounts for around a third of the country’s economy, has kept financial markets on edge, as Turkey tries to recover from a currency crisis that saw the lira lose more than 30% of its value last year.