The Brief – An unhealthy obsession 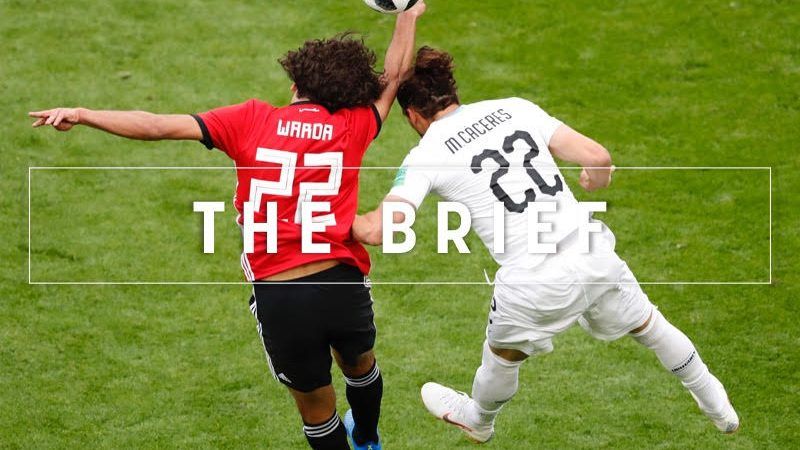 Like the Olympics, the World Cup is one of life’s great distractions. Its enduring popularity ensures that it is also an obsession for politicians.

Argentina’s military junta was so desperate to win the competition it hosted in 1978, that it is widely alleged to have bribed Peru to ensure that it won a second-round match by the five goals needed to reach the knock-out stages. Argentina won 6-0 and went on to beat the Dutch in the final.

Even Vladimir Putin’s Russia is unlikely to go quite that far in pursuit of victory.

But football is also a peril to politicians. The Labour government was surprisingly defeated in an election held just days after England lost to Germany in the 1970 quarter-finals. Ousted Prime Minister Harold Wilson blamed the football team. Fortunately, none of Europe’s qualifiers face national elections this summer.

As is their way, the English team has chosen the contrarian approach: based at a resort on the Baltic Sea, on the border with Finland, nearly 2,000 kilometres from its first match in Volgograd. Few in Brussels need to worry about an England World Cup win emboldening the bulldog Brexit spirit in Theresa May’s government.

Two years ago, England followed up the Brexit vote by contriving to lose to Iceland – dumping themselves out of Europe twice inside a week. In Russia, they will do well to reach the knock-out stages.

Indeed, Barclays’ head of investment reckons that there is slightly less chance of Italy leaving the EU than of England exorcising the ghosts of 1966.

But if the coming weeks are likely to deliver another chapter of English footballing disappointment, the chances of a European victory are high. Aside from Brazil, the teams most likely to win the trophy are all European.

Despite this, the European Commission has wisely decided to give the competition a wide berth. That is a welcome break from the well-intended but utterly misguided (and unrealistic) suggestion of having a single European team.

Pressed by reporters looking for an easy story on Thursday (14 June), the European Commission’s chief spokesman, Margaritis Schinas offered the dignified response (though he had no alternative) that the Commission would be supporting ‘all European teams’ in the competition.

Schinas added that, equally wisely, no Commissioner is planning to attend any games. Staying away from Putin’s bun-fest is a smart move. It is just a shame that FIFA’s members didn’t do the same.

Meanwhile, after his summit with Kim Jong Un, Trump visibly acquired a liking in how the people deal with North Korea’s leader.

‘Jean-Claude – you are a brutal killer’, Trump allegedly told the Commission chief during the G7 last week. No matter if compliment or offence, one cannot quite image him in such a role…

Don’t fight with Italians, when it comes to food: We will not ratify CETA, because it does not sufficiently protect the country’s food specialities, the country’s agriculture minister threatened. Will Italy become the new Wallonia?

The name dispute deal reached between Greek PM Alexis Tsipras and his FYROM counterpart Zoran Zaev has not all pleased the main opposition parties in their countries. Painful family history might explain, says EPP’s frontman on foreign affairs.

In the long term, migrants will be part of A solution in Europe, an MEP is convinced. Will German Chancellor Merkel’s chancellorship end over asylum policy? After a tweet caused stir among policymakers and media alike, some already saw the days of the German coalition doomed.

The Commission has defended its plans to overhaul its foreign spending budget, promising that it would deliver a large increase in aid spending and ‘eliminate bureaucratic barriers’.

Despite concerns over a potential new euro crisis due to Italian political instability, the president of the European Central Bank, Mario Draghi, believes the currency is holding up strong.

If emissions continue at their present rate, human-induced warming will exceed 1.5°C by around 2040, according to a leaked draft UN report ahead of an intense climate-focused week.

The ninth Petersberg Climate Dialogue kicks off in Berlin next week, co-organized by Poland, the host of the next UN Climate Change Conference taking place  in Katowice in December.

A defiant Putin welcomed to the World Cup yesterday and saw a high score win by the host team in the opener that led some to wild speculations. World Cup fever arrived everywhere: It definitely reached the UN Security Council already, but it is the grocery stores in Poland that know how to celebrate their country’s participation.