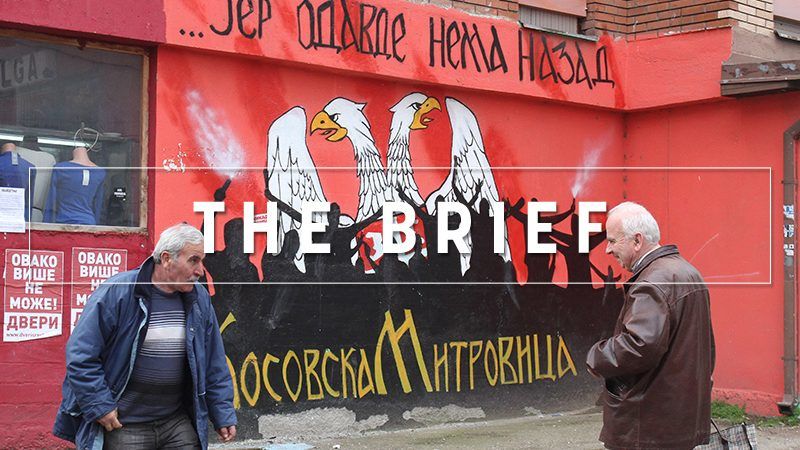 Not changing borders in Europe has been the mother of all rules after World War II. This fundamental principle was contravened once, when Kosovo unilaterally declared independence from Serbia in 2008, with the support of the US, led by a trigger-happy George W. Bush.

Croatia and Slovenia had quit the Yugoslav federation in 1991 but opponents of Kosovo’s independence said the two who had been republics in Yugoslavia, with the right to “self-determination”, while Kosovo was merely an autonomous region of Serbia.

The border created in 2008 left some 120,000 Serbs stranded as a minority among Kosovo’s 1.8 million people, with about 50,000 ethnic Albanians on the other side of the new frontier, in the so-called Preševo Valley in southern Serbia. The idea now is to swap those territories – and populations – before the end of this Commission’s mandate next year.

But is it a good excuse to transgress fundamental rules, to repair the injury of a bigger violation? Would this political homeopathy work? And what does the Commission want to achieve? Ethnically clean countries, such a dangerous utopia?

The diplomatic fig leaf appears to seek to dissimulate the incapacity, both of local leaders and of the international community, to achieve a reasonable degree of reconciliation after the 1999 Kosovo war.

But does the Commission realise that, just like before World War I, the Balkans are still the powder keg of Europe?

Moreover, the developments are unfolding at a time when nationalism takes precedence globally and when there is a huge deficit of international leadership for conflict resolution.

A precedent with a border change is likely to open a Pandora’s Box, possibly first in Bosnia-Herzegovina, where Republika Srpska cannot wait to secede.

Next could be Macedonia, a country after which a fruit salad is called, because it represents a mix. This could boost the appetites for a Greater Albania, and then we will see the perfect storm.

By pushing towards border changes between Kosovo and Serbia, Hahn thinks he is making history. In a way he is right, because the historic mistake may result in a full-fledged war.

But possibly many more than five EU members could oppose actually changing borders. It’s high time that they say something.

On top of dealing a blow to President Emmanuel Macron, the departure of France’s favourite minister is a scathing criticism of the government’s environmental policy.

On her tour of South Africa, Nigeria and Kenya, British PM Theresa May vowed that post-Brexit UK will be a leading investor in Africa. Is Global Britain back? She also broke out some questionable dance moves.

Rule of law stand-off latest: Poland threatens to ignore future rulings from the EU’s top court, which is currently investigating if the recently adopted legislation on the retirement age of Polish Supreme Court judges complies with EU law.

Meanwhile, Italy’s Deputy Prime Minister Luigi Di Maio threatened to veto the European Union’s seven-year budget plan should the bloc not do more to share the burden of migrant arrivals.

In the aftermath of the tragic Genoa bridge collapse, Di Maio and fellow minister Matteo Salvini are in disagreement over whether the country’s motorway network should be nationalised.

The German government has agreed on the cornerstones of the new Immigration Act. But experts, business representatives and trade unions see still significant room for improvement.

The EU does not believe Syria is safe for refugees to go back, officials in Brussels said of a Russian push to have people return to the war-torn country and the international community to spend money on rebuilding it.

After the Cambridge Analytica scandal made headlines earlier this year, the Commission wants to crack down on data misuse ahead of the 2019 European elections.