The Brief – How to (not) deal with rogue nations 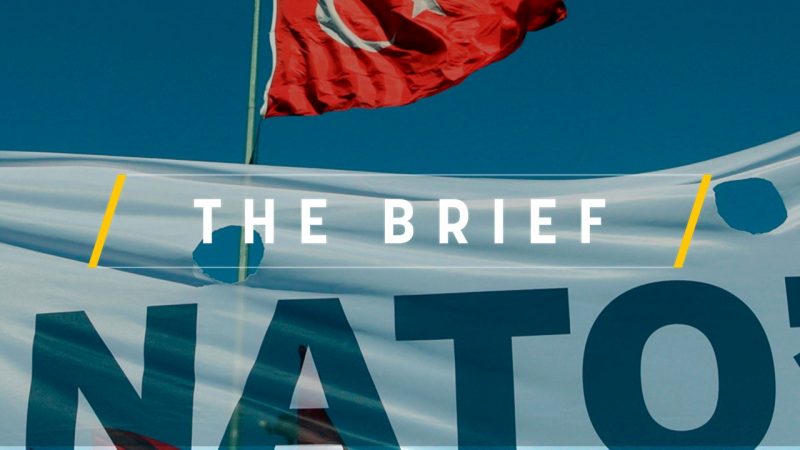 In Russia’s Black Sea resort Sochi, just hours before a ceasefire deadline – a signal for Turkey to restart its assault on Northeast Syria – Erdoğan and Putin trashed out a last-minute deal to ensure Kurdish forces withdraw from areas close to the Syrian border.

The agreement cements Russia and Turkey’s roles as the main foreign players in Syria, with Moscow only too happy to fill the void left after Trump ordered US troop withdrawal from the country’s north earlier this month, leaving the Kurds, long-standing Western allies, to their own fate.

At the same time, a serious humanitarian crisis is in the making and those who think this deal will be able to guarantee safety are kidding themselves.

While Erdoğan keeps playing the Russian roulette, Europeans are facing two dilemmas that could end up in a defeat on two fronts.

First, the EU seemed rather helpless in reacting to the Turkish military invasion. It came up with a cautious, watered-down statement but failed to defend its Kurdish allies, who have for years been fighting the Islamic State, also for the sake of European security.

True, more and more European countries have stopped arms sales to Turkey – it was so far a unique decision made about a NATO member. But once again, EU foreign ministers failed to reach a common decision on an EU-wide arms embargo, and EU leaders did not discuss Turkey’s war adventure in Syria at their two-day summit.

EU lawmakers, meanwhile, did debate the Turkish offensive and its consequences on Wednesday (23 October) and urged the EU to be more active and ambitious in its security and defence policy – in a rare cross-party consensus.

The Russo-Turkish deal and the creation of a ‘safe zone’ in Syria has essentially become the establishment of a war zone, Socialist MEP Kati Piri warned.

A ‘real safe zone’, an internationally controlled security zone in Syria in cooperation with European partners, plus Turkey and Russia, as Germany recently proposed, would indeed be an opportunity for Europe to act decisively to protect the abandoned people of Rojava and prevent another humanitarian disaster.

But this ‘coalition of the willing’ would comprise a few willing European countries, at a time when the EU does neither seem to be able nor ready to provide and secure a fully-fledged EU peacekeeping mission.

With no troops of its own, it remains indeed a toothless tiger in foreign policy.

Erdoğan, in the meantime, keeps Europe hostage with the migration deal that might not hold if the humanitarian crisis in Northern Syria worsens.

Major cracks in the long-held alliance between Washington and its fellow NATO member Turkey worsened after the failed 2016 coup, aggravated by Washington’s reluctance to extradite Turkish cleric Fethullah Gulen, the alleged coup’s architect.

Turkey’s military endeavour is another example of its disregard for NATO values, while Erdoğan’s flirting with Moscow underscores his unreliability, indicating that the rift is becoming deeper and broader.

Ankara’s purchase of the Russian S-400 missile defence system – incompatible with and therefore uncontrollable by NATO communication systems – has the potential to create an irreparable split.

The threat of punitive measures such as imposing sanctions, expelling Turkish pilots, blocking Turkey’s ability to procure US-made F-35s and Patriot missiles, or even withdrawing all nuclear weapons, did little to change Ankara’s stance.

Although NATO Secretary-General Jens Stoltenberg said he was encouraged by the reduction in violence over recent days, it is clear that Turkey will dominate the agenda of the upcoming NATO defence ministerial in Brussels.

The reality is that NATO, built as an alliance of like-minded nations, lacks any mechanism to deal with a rogue member, just like the EU.

The EU moves towards a Brexit delay as UK’s PM Boris Johnson seeks an election to break the impasse. What could the delay look like?

After the European Parliament rejected Sylvie Goulard as the French Commissioner, rumours suggest that Thierry Breton, the CEO of French multinational Atos, might be in the race.

It is now the turn of Sandro Gozi, the EU adviser to France’s prime minister, to be in the spotlight. The Italian had allegedly collaborated with the Maltese government while working for France.

No high-level EU official was to be found at the opening of a two-day Silk Road Forum in Tbilisi, Georgia, which was attended by 2,000 delegates from some 60 countries, including several EU member states.

Having recently taken up his seat at the helm of the EU’s cybersecurity table, new ENISA chief Juhan Lepassaar spoke to EURACTIV about security of 5G networks, consumer protection in the digital world, and the digital robustness of our everyday products and services in the EU.

The EU has called for a number of ‘concrete steps’ to be made in order to improve the EU’s data transfer accord with the US, the Privacy Shield.

It is often forgotten that, even though Facebook is a US-based company, its largest market is not the United States. That is why the EU has been able to force its regulations on Facebook and other companies like it.

NATO defence ministers meeting for their autumn session in Brussels to discuss the situation in Northeast Syria, commutations systems and the upcoming NATO Leaders meeting in London in December.