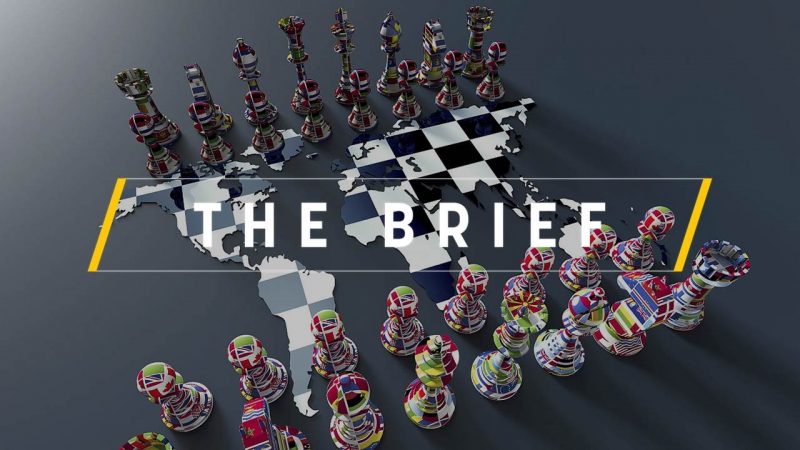 Russian President Vladimir Putin has lost his grip on power and recalled his henchmen from the war in Ukraine.

US President Donald Trump lost the US elections (and not only by popular vote) against a liberal Democrat candidate who introduced universal healthcare and withdrew all US troops from the Middle East.

Turkey’s Recep Tayyip Erdogan suffered a sweeping defeat and stepped down, opening the way for the country to resume EU membership talks.

Meanwhile, Iran and North Korea have become blooming democracies while world leaders have sat together to prepare a successful fight against climate change.

Imagine there’s no countries
It isn’t hard to do
Nothing to kill or die for
And no religion, too

But judging by the revival of tensions in the Gulf region, the looming Cold War tensions and the overall crisis of multilateralism, this ain’t gonna happen.

It’s a Utopian dream so let’s wake up.

Trump might very well get reelected, Erdogan has still four more years to go and Putin faces no major opposition force at home that could challenge him now. In fact, they all seem still pretty stable in their saddles.

In the setting of 1984, there has been no big access to information. Overthrowing power in such an environment is difficult, but not impossible.

In our reality, citizens are able to inform themselves. But most still live in filter bubbles, consuming only the news and accepting only the information that fits their own narrative and world view. Pretty much like 1984, but by choice.

However, what we can see now could be the first signs of autocrats stumbling.

Erdogan’s sweeping and humiliating defeat in the recent Istanbul elections created a new political star, someone who could become dangerous for him.

And America? There was a time when Europe was looking up to the US as the land of the free, a land of opportunities, overlooking America’s ‘flyover’ regions, the huge chunks of the country that were left behind and grew more and more angry.

Now liberal America looks to Europe when it comes to our achievement like healthcare and if Democrats succeed in offering a better perspective than Trump does, his dreams of a second term might burst like a soap bubble.

Nevertheless, there is still a long way to go until world peace becomes a reality. In the meantime, Europe should do its best to reduce tensions and become the mediator it has always aspired to be.

On a side note, somehow it is always the angry strongmen on Europe’s borders – loud, proud, and impossible to ignore – who create new headaches for a continent that’s already divided internally.

Perhaps a woman at the helm of the new European Commission would be a good idea.  There have not been many female dictators around…

It goes without saying that research suggests that including women in peace and security efforts, the resulting agreement is 64% less likely to fail and 35% more likely to last at least fifteen years.

Until then, we can all hang on to our hopes with this little video.

You, you may say I’m a dreamer
But I’m not the only one
I hope someday you will join us
And the world will be as one.

NATO urged Russia to destroy its new missile system to save the INF nuclear treaty or face a more determined response by the military alliance. Meanwhile, an August deadline now looms ever larger.

The EU called for an “immediate de-escalation” of tensions in the Middle East, as the US government announced new “hard-hitting” sanctions on Iran after launching a series of cyber-attacks on the country last week.

Seven political groups have been formed in the new European Parliament and there are two major left-outs still looking for their place ahead of the Parliament’s inaugural plenary on 2 July. Here’s a look what Poland can expect. Meanwhile, Czech MEPs are ‘all over the place’, except in the S&D group.

Thousands of anti-government protesters rallied in the Georgian capital for the fifth consecutive day as the increasingly unpopular ruling party’s promise of sweeping reforms failed to appease mass demonstrations.

Bosnia’s Serb entity withdrew a bill to set up a reserve police force under pressure from Western peace envoys who said it would be divisive, with memories still fresh of reservists’ role in ethnic cleansing during the 1992-95 war.

The Council of Europe’s parliamentary assembly agreed to allow Russian representatives to return to the body, five years after it was stripped of its voting rights over the annexation of Crimea.

Climate change should be seen as an opportunity rather than a threat but the tools at the EU’s disposal need to be changed to deal with the coming challenge.

The prototype of a solar-powered electric car able to travel 720km on a single charge was officially unveiled in the Netherlands.

NATO defence ministers gathering in Brussels the next two days to discuss saving the INF Treaty and set to adopt the military alliance’s first space policy.