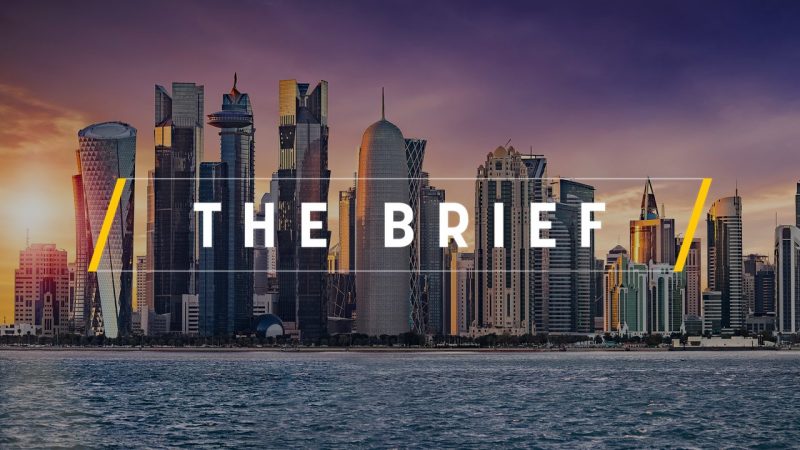 One of them, Qatar, could offer some valuable lessons, as Doha is also in the process of rethinking its power and tools, pushed by difficult neighbours and big goals. Ring a bell?

Your brief author witnessed over the past days the results of the gas-rich nation’s efforts to survive the blockade of its Gulf neighbours and thrive in a world that wants to end its carbon dependency.

From looking at the Qatar Foundation’s cube-shaped headquarters in Doha, nobody could imagine that the outright blockade is having any impact on its economic development.

From its balcony, the visitor can see the new ‘Education stadium’ that will next month host FIFA’s Clubs World Cup, a trial for the 2022 World Cup. Organising major sports events is part of the national strategy to gain relevance and diversify the economy. It also includes investing in a long list of sectors, like tech, media, arts and culture.

The surrounding area, the ‘Education City’, hosts twin campuses of some of the best universities in the planet, including Georgetown or HEC Paris. No surprise – Qatar wants to base its development less on energy and more on brainpower.

Europe and Qatar don’t share the same challenges, one could say, and their resources differ. Our living standards are an object of envy beyond our borders, but Qataris enjoy the highest GDP per capita in the world.

Still, useful conclusions can be drawn from their experience in improving the country’s soft diplomacy, and used in our process of bolstering our hard power.

Firstly, money can’t buy you all. Despite the vast resources dedicated to education, Qatar ranked at the bottom 10 of the OECD’s education index (PISA) in 2015.

Its push to host major sports events with impressive infrastructure was tarnished by the hardship suffered by thousands of workers building the stadiums. On top of it, poor attendance at the World Athletics Championships last month added to the criticism of those who questioned the decision to grant them the World Cup.

Secondly, the importance of strategising with realism. Qatar has launched a 2030 strategy to diversify its economy. But as one local observer noted, the task is herculean, given that more than 60% of its GDP and 70% of the government revenues come from oil and gas.

And thirdly, one should know well one’s own strengths but even better the limits. Qatar’s big appetite and even greater financial resources ($340 billion in reserves) undoubtedly help to progress towards achieving a stronger voice in the region and beyond.

Its high-income economy is considered as the most advanced Arab state in terms of human development. But the country is limited by its size, lack of manpower (88% of the 2.6 million citizens are foreigners), and a history of being mostly under foreign rule.

What lessons could be learnt in Europe?

Secondly, we have big strategies to increase our sovereignty in areas including digital or finance. But these ambitions are hardly realistic if none of the largest ‘tech’ companies are European, or if we continue to live in an uncompleted monetary union.

Finally, we should know our limits. When it comes to our foreign relations, it all boils down to overcoming a long-standing obstacle: the fragile consensus and the urgency to review the unanimity principle to adopt decisions.

Hungarian Prime Minister Viktor Orbán hailed the confirmation of Budapest’s nominee as a key EU commissioner as the country’s “biggest diplomatic success” in a decade.

Politically motivated prosecutions are a matter of concern in Europe, said Donald Tusk, the outgoing EU Council president. He was commenting on an unfolding scandal in Ukraine following leaked phone conversations.

Attempts to regulate lethal autonomous weapon systems (LAWs), often dubbed “killer robots”, have once again ended in a stalemate as UN talks in November produced few results. Europe, meanwhile, is struggling with its role in the regulation efforts.

Outgoing European Commission president Jean-Claude Juncker has returned home to Luxembourg after stomach surgery that kept him hospitalised for more than a week.

A number of companies have made commitments to reduce their food waste, but a number of barriers still stand in their way.

The EU is due to relaunch its powerful executive arm under the new leadership of the German conservative Ursula von der Leyen from 1 December but faces legal risks after Britain refused to name its representative for the European Commission.

It’s the European Parliament’s Strasbourg session week and Ursula von der Leyen’s Commission team is likely to be approved, but who knows…

2 responses to “The Brief, powered by CEPI – A Gulf tale for European sovereignty”