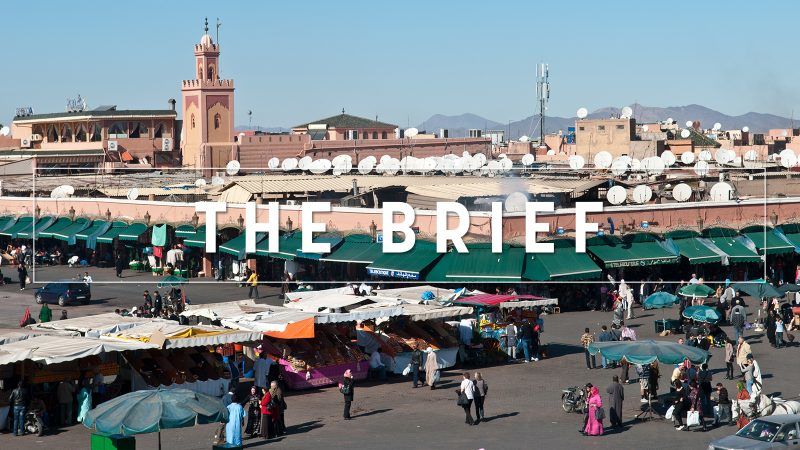 This year Marrakesh was expected to become the flashpoint of a dignified global approach to migration.

It was expected that the Global Compact for Safe, Orderly and Regular Migration, approved in July by all 193 UN member nations except the United States, would be approved unanimously, as was indeed the Paris Agreement on Climate Change (again, with the exception of the US).

By the way, the Paris Agreement was prepared by the 2016 Marrakesh Climate Change Conference. Regrettably, this time the Marrakesh express got stuck in the sands.

After Hungary, Austria, Poland, the Czech Republic, Croatia and Bulgaria, Slovenia too made it plain that it will not send a representative at the intergovernmental conference in Marrakesh on 10 December.

But for the liberal Belgian Prime Minister Charles Michel, joining a group of countries together with Viktor Orbán’s Hungary or Austria’s Sebastian Kurz, who is in a coalition with the far-right, represents a risk for the country’s image.

How did this happen?

On the one hand, the pact has mobilised the far-right internationally (the far right sits in the coalition cabinets also of Bulgaria and Switzerland). The arguments against are not for what the pact is; it is about how it is described by its detractors.

In reality, the pact acknowledges that no country can address migration alone, that migration is a source of prosperity in a globalised world, and provides guidance how to improve this positive impact via better migration governance.

But on the other hand, there has been a well-organised diplomatic offensive, with the obvious purpose of not letting the US being the only country isolated outside the pact. And who were Trump’s best friends?

According to reports, Israel withdrew from the pact as a result of pressure by Trump, but also by Orbán and Kurz. Of course, the other camp, led by Germany, also lobbied Israel in the opposite direction, but it was not successful.

Migration made the United States great, but not all remember. As the caravan of almost 3,000 Central American migrants arrived at the Mexican border city of Tijuana, the grandson of a German migrant gave the US troops the go-ahead to use lethal force against those people he calls “criminals”.

FIGHTING CANCER FOR A BRIGHTER TOMORROW

Over the past 20 years there has been a 20% decline in cancer deaths.

Nothing better sums up the 26-page declaration on post-Brexit relations as the one single sentence devoted to space activities: it promises everything and nothing.

In our fresh edition of Tweets of the Week it’s Juncker and May in a Brexit schmooze, Italy thinking it’s got nothing to lose, and Finns are all about rake news.

In an open letter, experts and MEPs from more than 20 countries lament about underfunding of the EU’s task force countering Russian disinformation.

Poland urged the world to plant more forests. Wondering what the bison of the Białowieża Forest would have to say on that issue…

Spain’s PM Pedro Sánchez breaks the ice in Cuba on the first official bilateral visit by a Spanish leader to Cuba in 32 years.

Refugees and immigrants have become modern-day scapegoats for demagogues, who are turning a blind eye to the real causes of the crisis – rising inequalities, says Greece’s alternate foreign minister.

At a tense news conference in Ankara, top EU officials rebuked Turkey over its arrests of journalists and academics and the long pre-trial detention of a Kurdish politician.

After Green parties unexpectedly surged in Germany, Luxembourg and Belgium last month, the movement is now preparing a bid to fill the political vacuum surrounding environmental issues in Italy.

Eastern European countries have a positive opinion of nuclear energy while others like Belgium and Spain are shifting against. The big question for the industry is whether Germany will turn even more anti-nuclear than it already is.

With end-of-year festivities approaching, packaging waste is set to reach a seasonal peak in Europe.

Theresa May once again makes the trip over the Channel on Saturday on the eve of the crucial EU leaders gathering, to speak to Commission chief Jean-Claude Juncker and Italy’s Giuseppe Conte. Stay tuned to EURACTIV for all the developments from the Sunday summit.