The Brief, powered by MPE – Americans are bad… but not when it comes to crises 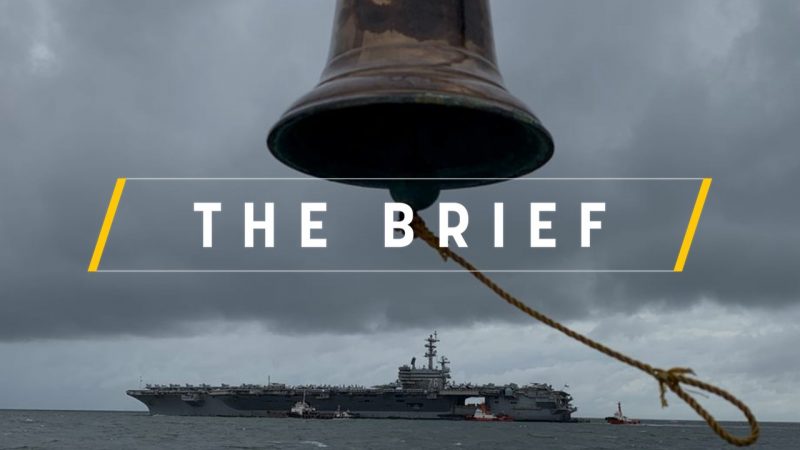 The US is once again being asked to step in again to tackle the ongoing escalating disputes in the Mediterranean. Since Turkey and Libya signed a memorandum of understanding (MoU) demarcating maritime zones in the region, a series of gradually worsening diplomatic episodes have unfolded in Europe’s neighbourhood.

In the meantime, the Greek-Turkish relations have plunged and reached a deadlock. Although the EU’s support for Athens has been vocal, a number of incidents have exposed the Union’s inability to speak with one voice.

First of all, Italy’s double language: After Rome called on states to gather around ‘the table’ to settle the Libyan crisis, the head of the UN-backed Government of National Accord (GNA), Faiez el-Serraj, cancelled his Rome visit at the last minute after finding out that his nemesis, General Khalifa Haftar, was having talks with Italian Prime Minister Giuseppe Conte.

In Cairo, Italy’s Foreign Minister Luigi Di Maio also refused to sign a joint document between Egypt, France, Cyprus and Greece, describing it as “too harsh” on Turkey and the GNA.

A deal on EastMed pipeline, a project of EU common interest, was signed earlier this month between Greece, Cyprus and Israel, but Italy did not join it either, at least for now.

For his part, Mitsotakis just came back from the US, where he reportedly asked Donald Trump to take initiative and de-escalate the situation with Turkey. Greek media reported on Thursday that the US administration is planning to take specific steps in this direction.

The only available tool Europe had at its disposal to put pressure on Ankara was the framework of sanctions. But at the last EU Council, sources confirmed that it was not even mentioned as a word.

It’s not the first time that the Europeans ask US assistance to fix its neighbourhood problems, just think of Bosnia in 1995 or Kosovo in 1999.

This Brief has no intention to support or justify US policies in Europe or elsewhere. But when one needs to ask the Americans to pressure France into lifting its veto on the EU accession of North Macedonia, then the problem is structural.

When France blocks Skopje to “punish” the German Balkan policy – because Berlin blocked the French Mediterranean ambitions some years ago – then it’s clear that we, as Europeans, do not speak in one voice, that each country pursues its own interests, and that we should refrain from using big words against Washington.

Bulgaria’s minister for environment and water resources, Neno Dimov, was placed in 24-hour custody, the office of the Prosecutor General said, after an investigative report by EURACTIV Bulgaria exposed mismanagement that left the city of Pernik without drinking water.

EU foreign ministers currently gathering to discuss Iran should be mindful of a changed domestic situation in the country, experts warn.

European Commission President Ursula von der Leyen was put on the spot during her visit to Zagreb: When asked how she would prove that her Commission is ‘geopolitical’, given the EU’s weak response to growing challenges in the region, failed to provide convincing answers.

Britain’s parliament finally approved Brexit, allowing it to become the first country to leave the European Union by the end of this month, ending years of arguments that toppled two governments and divided a nation.

Germany’s Interior Minister Horst Seehofer plans to use automatic facial recognition at 134 railway stations and 14 airports, according to a news report published on 3 January.

Lisbon’s public transportation company Carris has joined forces with the private sector in a project aiming to boost sustainable mobility in the country’s capital through the use of 100% used cooking oils.

A scathing article critising the generous grants allocated by the European Research Council (ERC) appeared in the Italian daily Corriere della Sera, reviving a long-running debate in Italy over the poor state of the country’s research.

The European Parliament’s first Strasbourg session of the year with a heavy agenda. EU lawmakers are set to discuss “Conference on the Future of Europe”, Green Deal/Transition Fund, Brexit, Iran and Libya crises, while Croatian Prime Minister Andrej Plenkovic will present priorities of Zagreb’s Presidency.