The Brief, powered by MPE – Geopolitical wishes for 2020 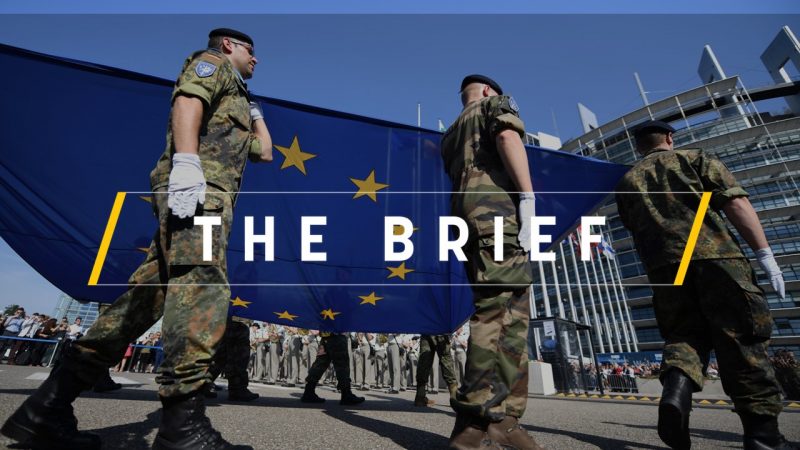 At the turn of 2020, a big bunch of geopolitical issues are staring Europe right in the face. What will matter in the end is the capacity of the new European Commission, which by the way calls itself geopolitical, to respond to the challenges.

Libya and Iraq are both in the EU’s neighbourhood. If someone is destabilising those two countries, the EU itself can also be undermined. In fact, this might well be (or not) the primary objective of any such destabilisation.

In any event, the EU cannot afford to be a passive observer of events of such proportions.

Let’s remember. How did the ‘Yellow vests’ protests in France start? The reason was fuel prices.

What boosted the far-right across Europe? It was the migration crisis.

And right now, the current events in Iraq-Iran and Libya have the potential to revive both problems.

The endgame could be the EU disappearing from the map, to the delight of those who dislike its role of promoting certain values and rules, as well as certain regulation on big businesses.

Can the EU keep its eyes wide shut when Turkey’s Erdogan is building a colonial Sultanate under its nose?

Can the EU ignore Iran’s spreading military influence across the Middle East, including Teheran’s covert operations on EU soil?

Can the EU afford to overlook the increasing role of Russia across the Middle East – and can it possibly admit that it is not always negative?

Is the EU aware of Egypt’s stabilising potential and is it considering synergies?

It’s true that the developments unfolded over a holiday period for Europe. But we cannot be reassured by the response the Union has offered so far. In most cases, it was the spokesperson for foreign and security policy who issued bone-dry press releases.

At the same time, NATO is ineffective for many reasons, including because its two largest members are led by the biggest international troublemakers. If this continues, individual EU countries that feel more exposed than others will try to deal with the issues on their own.

But this would already be a sign of the EU unravelling.

Instead, the EU should take the opportunity of having a brand new lineup in place and engage in what it does best – diplomacy and soft power.

Maybe in a disruptive style – such is the flavour of our time.

EU leaders should be seen in the world news more often than Trump or Pompeo, because this is not America’s region, it is ours. The world should always find comfort in the EU’s voice and action.

It’s not about making Europe ‘great’ – it would suffice if it is meaningful. This is what we wish for in 2020.

Fearing the fallout from the killing of Iran’s General Soleimani, Europeans called to de-escalate the crisis which threatens to collapse the landmark 2015 nuclear deal and puts NATO’s training mission in Iraq in jeopardy.

The US Department of Homeland Security (DHS) is monitoring the hacking of a government website, which may have been conducted as retaliation.

Have a look at our other features from the main challenges the EU will be faced with in 2020 in several policy sectors here.

The French government continues to defend its pension reform proposal initially recommended by the European executive. Although it has since been watered down, its divisiveness has led to the paralysis of the transport system for almost a month.

In her latest investigative report for EURACTIV Bulgaria, award-winning reporter Valia Ahchieva focuses on Pazardzhik, a Bulgarian city that was awarded the title of ‘European city of sports’, even though it let its once significant sports base fall into disrepair and then gave it to real estate concessionaires.

Futurology and Transport Design Professor Stephan Rammler predicts the year 2019 may have been a historical turning point for the transport industry.

European reactions regarding the Iran crisis as European Commission President Ursula von der Leyen is set to make a statement later the afternoon.