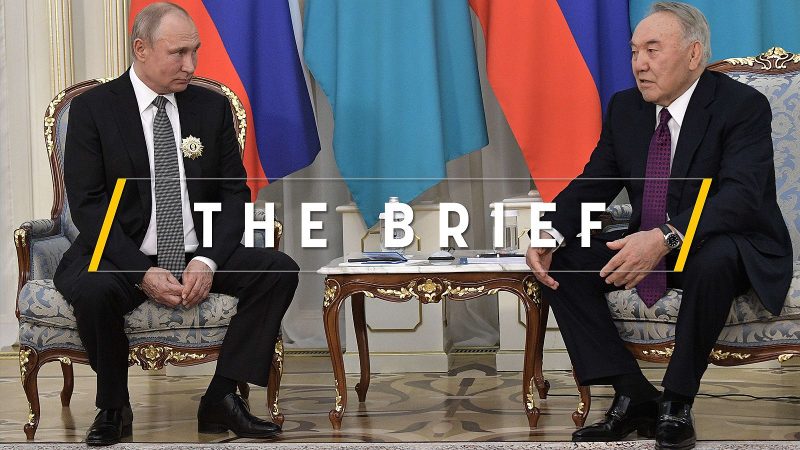 Deng Xiaoping created a post-Mao model of governance in China: president and prime minister for five years, with a possible second consecutive mandate. But he retained control of the powerful Central Military Commission, thus supervising all the crucial processes in the country.

Kazakhstan’s President Nursultan Nazarbayev tweaked that model last year: he nominated his successor (in the Chinese model it was the Communist party’s job until Xi Jinping declared him lifelong leader), called fresh elections (which his favourite won), and stayed on as Chairman of the Security Council of Kazakhstan for life.

This way, he does not need to take care of trivia or take blame for anything, but is still the one who makes crucial political decisions.

The rationale is clear. A smart leader must understand when he has to step aside, rather than down, but at the same time make sure that transition – because biology is implacable – will be smooth.

We can see that kind of thinking in the moves Russian President Vladimir Putin made on Wednesday.

He understands that “the mother of all questions” in Russia is what will happen when his second consecutive presidential term ends in 2024.

After the elections in 2018, a task force was established in Kremlin with one aim: find a way for Putin to stay in power. And they did. But according to the Constitution, he cannot run for a third term. And yet he will be only 72, too young to retire (Donald Trump is now 73).

The first idea of a union between Russia and Belarus, of which Putin could become the leader, failed last December. Alexander Lukashenko, “the last European dictator”, was too reluctant, and “spontaneous” anti-Russian protests immediately sprang across Belarus. So, the Kremlin backed down.

But, time is of the essence here. There are reports of fierce in-fighting in Putin’s inner circle about future positions in the state hierarchy. It is obvious that he has to launch the ‘Putin after Putin’ project as soon as possible.

So the brains around him came up with a new model, rebalancing the relationship between the president and prime minister.

Thus, the latter will get more power, supported by a stronger Parliament. But the president will also stay strong. We can see that as a cohabitation of sorts.

Putin knows that his party, United Russia, is not strong enough to guarantee him the unhindered position of the next prime minister. Besides, the new prime minister, as Putin explained, should mainly take care of social and economic issues, like demography. This is not Putin’s playground.  And the president’s powers will also be curbed.

Enter Russia’s State Council, as a possible, probable way out of this trap.

Putin created the Council, as an advisory body, soon after taking power in 2000. And now we come to the core of the idea: change the Constitution through a popular vote, confirming the new power balance between the president, prime minister and parliament.

And giving the Council a constitutional role (“it would be appropriate to fix the status and role of the State Council in the Russian Constitution”).

Putin named former prime minister Dmitry Medvedev his deputy in the Security Council knowing that Medvedev is unpopular (only 35% of people approve his work – Levada Centre), and cannot win any elections.

And there is a warning from last year’s local elections in Moscow, which triggered public protests because a lot of candidates were banned from running. This could be repeated in the national elections due by September 2021, with the constitutional changes, maybe earlier.

A crucial question still without an answer is: what will be the authority of the Council?

A probable scenario is parliamentary elections in 2021, Putin with his old presidential powers uses the position of prime minister to test possible successors for the post of president.

And after 2024, Putin becomes president of the State Council, with the powers to control all political processes. Like Deng, or Nazarbayev.

Obscured by the flurry of “what if” speculation, an important announcement almost went unnoticed: the new Constitution will confirm the priority of Russian laws over international conventions, treaties and court rulings. So, ECHR can say whatever it wants, Moscow will not abide by it.

Which may spell the end of the world order based on international law, as we know it.

Before you continue reading, we would like to introduce you to our brand-new AgriFood Brief, a weekly update on what’s happening in the world of EU foreign affairs and defence. You can subscribe to it here.

The EU must set out concrete demands and deadlines for Poland and Hungary over their rule of law and judicial independence situation, lawmakers in the European Parliament demanded in a Strasbourg debate on Article 7.

Germany’s decision not to invite Greece to a conference on the Libya crisis next Sunday (19 January) while Turkey will attend the meeting, has left the Greek government smarting from a perceived diplomatic snub.

Nicolas Schmit will have a busy 2020. The EU Commissioner for Jobs and Social Rights outlined a comprehensive agenda to beef up the EU’s social policies. He discussed the details in an interview with EURACTIV.

The UK defended its much-criticised scheme to guarantee the rights of EU nationals after Brexit, as the country’s Home Office announced that a vast majority have already applied for settled status.

A Bulgarian lawyer has sent an eight-page letter to the European Commission pointing to various alleged violations of EU competition rules relating to the oft-delayed Belene nuclear power plant.

The European Commission has proposed removing mining activities and fertiliser manufacturing from a list of heavy industries eligible for state aid, arguing EU climate policies no longer put them at risk of relocating production outside Europe.

2 responses to “The Brief, powered by Orgalim – Once in power, always in power”