The Brief, powered by Orgalim – Playing games for fun in Libya 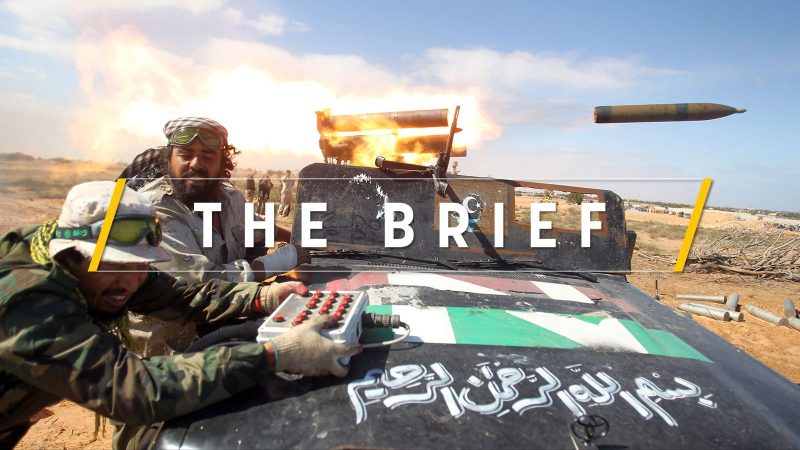 No single geographic location makes the EU more vulnerable these days than Libya. Regrettably, the situation in this Mad Max country is likely to get worse before it gets better.

When the EU doesn’t take care of its neighbourhood, others will. Turkey is projecting its neo-Ottoman imperialistic ambitions in and around Libya, trying to re-write the exclusive economic zones of the Mediterranean. Greece and Cyprus are crying foul.

Turkey obtained the signature of Fayez al-Sarraj, prime minister of the UN-backed Government of National Accord of Libya, on a document Nicosia and Athens consider illegal.

So Turkey sides with al-Sarraj while Russia supports the strongman Khalifa Haftar, leader of the Libyan National Army (LNA) who controls almost all the country, except the capital Tripoli, Khoms and Misrata.

Haftar counts on military support from Egypt’s President Abdel-Fattah al-Sisi and says he could finally take Tripoli – his forces attacked the capital last spring – in days if Cairo sends support. Al-Sisi would gladly oblige, be it only to upset his arch-foe Erdogan.

And don’t even try to imagine EU unity at work here.

France, which has oil assets in eastern Libya, has provided military assistance to Haftar in past years.

Conversely, Italy, also a player on the Libyan oil chessboard, supports al-Serraj and counts on him to prevent new waves of migrants on Italian shores. At the behest of Italy, Libya’s coastguard routinely blocks migrants from reaching Europe.

NATO is blocked, first because Donald Trump doesn’t have a clear position on the conflict and second because two key allies, Greece and Turkey, are in opposite camps.

In this situation, Russia, which has a few hundred mercenaries on the ground, can play the role of a peacemaker, and Angela Merkel has just had her friendliest meeting with Vladimir Putin since Russia annexed Crimea.

With Putin’s blessing, a Libya peace conference is likely to be held in Berlin soon. As we wrote three years ago, Russia plays ‘games for fun’ in Libya.

Libya allows Putin to pose as a champion against the imported revolutions of the West, which, incidentally, in the case of Libya, destroyed the country.

Secondly, Russia is scoring another point in the Middle East after Syria, posing in both cases as a rather constructive force.

And most importantly – Russia is sending messages to EU capitals:

“Guys, you cannot control Ankara but maybe we can. We can handle Libya for you. Or maybe we won’t. We are either together or against each other. Libya is your nightmare. It’s up to you – wake up, make up your mind.”

The EU, US and Japan put forward a proposal to limit industrial subsidies among WTO members and explored ways to address forced technology transfers, two issues at the core of ongoing trade frictions with China.

The EU-Iran trade mechanism INSTEX has become a point of contention between Europe and US, with Washington threatening to sanction anyone using it. However, no transactions have been made so far.

Pro-independence Catalan leaders Carles Puigdemont and Toni Comin sat for the first time as members of the European Parliament, calling on the EU to take a stance on the political conflict currently gripping Spain.

Spain called for the inclusion of services in the first phase of EU-UK negotiations on the future relationship, adding more complexity to trade talks that must be concluded before the transition period ends on 31 December.

Human rights watchdogs hailed an opinion from the advocate general of the EU’s top court which said restrictions imposed by Hungary on the financing of civic organisations from abroad breach EU law.

Meanwhile, Hungarian news website Népszava has published what it said were leaked documents that suggest the government’s proposal for spending EU money in 2021-27 would block investment in Budapest. The government cries ‘fake news’.

An anti-abortion campaign poster displayed in the Athens metro has triggered a strong reaction from the government, which forced the transportation company to immediately remove it.

From May onwards, hundreds of EU citizens will be invited to reflect on Europe’s future at a conference that will debate European policy priorities in an attempt to introduce direct democracy in EU decision-making.

The EU’s regional policy Commissioner Elisa Ferreira revealed details of the €100 billion Just Transition Mechanism, a key financial component of the European Green Deal that should make the bloc climate neutral by 2050.

EU lawmakers in the European Parliament debate rule of law in Hungary, Poland.