The Brief, powered by Orgalim – Proxies to a civil war 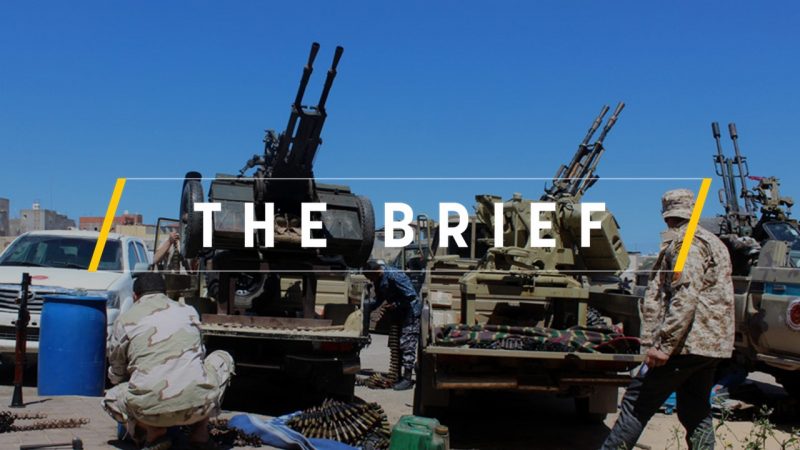 Until the last few weeks, most of Europe had happily ignored the civil war on its doorstep. The war in Libya between Faiez el Serraj’s Government of National Accord (GNA) and General Khalifa Haftar’s Libyan National Army (LNA) has been raging for several years.

Last April, the dialogue between the two sides came to an official end when General Haftar’s Libyan National Army launched its offensive on Tripoli which, eight months later, is still ongoing, at the cost already of several thousand lives and the displacement of well over 100,000 people.

Complicating an already nigh-on intractable conflict is a plethora of proxy battles between Libya’s neighbours in the region.

Turkey and Qatar support the GNA – which is also backed by the United Nations – with weapons and other support, while the UAE, Saudi Arabia and Egypt are behind the LNA.

On the diplomatic front, Haftar’s position is bolstered by perceived support from France and Russia, while Italy and the United Kingdom firmly back the GNA. The Trump administration has hedged its bets so far.

The EU, meanwhile, has stood back from the conflict, while France, the UK, Italy and others have pursued their own domestic agendas. Lest we forget, the origins of the Libyan civil war lie in the French and British-led ousting (and assassination) of Muammar Gaddafi during the Arab Spring back in 2011.

Back in September, Germany announced it would host a summit in Berlin intended to end international meddling and force all the Libyan players back to the negotiating table. The summit will now, belatedly, take place on Sunday (19 January).

The chances of the summit producing a peace deal were already slim to none before the latest front was opened, courtesy of Turkish President Recep Tayyip Erdogan.

In late November, Erdogan and Serraj agreed a deal which paved the way for Turkey to send more military hardware, and possibly troops, in exchange for Serraj’s government agreeing favourable border and energy exploration areas in the Mediterranean.

Locked in a battle for his own survival, it’s not hard to see why Serraj agreed. But Erdogan’s aggression has, unsurprisingly, prompted a furious response from Athens.

Greek Prime Minister Kyriakos Mitsotakis says he will block any European Union peace deal for Libya unless the maritime deal between Turkey and Libya is scrapped. Meanwhile, Greece has boosted its own ties with Haftar and has said it is ready to send ‘forces’ to Libya to help monitor the situation.

Curiously, Mitsotakis has not been invited to the Berlin summit (though Turkey has), and even more curious is the fact that the German government has given no explanation for the snub.

These proxy battles and diplomatic missteps illustrate why the peace summit has been repeatedly delayed since last autumn and why it is almost certain to fail. They also speak volumes about the EU’s so-called soft power and the idea of ‘speaking with one voice’ in foreign and security affairs.

It is hard to believe that the Berlin summit is part of a peace process for Libya when none of the foreign states involved are ready to abandon their own allies and power plays in the country.

Before you continue reading, we would like to introduce you to our brand-new AgriFood Brief, a weekly update on what’s happening from farms to fish and everything in between. You can subscribe to it here.

The European Commission is considering measures to impose a temporary ban on facial recognition technologies used by both public and private actors, according to a draft white paper on Artificial Intelligence obtained by EURACTIV’s Samuel Stolton.

The EU will assess whether a US-China deal to roll back some bilateral tariffs in exchange for increased US imports to China is compatible with World Trade Organisation rules, said Trade commissioner Phil Hogan.

It’s one of Belgium’s worst kept secrets. Lawmakers narrowly rejected a resolution asking for the removal of US nuclear weapons stationed in the country and joining the UN Treaty on the Prohibition of Nuclear Weapons (TPNW).

The leaders of the V4 group met in Prague’s renovated national museum to discuss migration, border security, competitiveness, enlargement and climate. The newly appointed Austrian chancellor Sebastian Kurz, also in attendance, said he wanted to “fight” the “gaps” between Western and Eastern Europe.

The new political season in Ukraine kicked off with audio tapes leaked, suggesting that the prime minister, the finance minister and the deputy central bank governor had criticised President Volodymyr Zelenskiy’s incompetence in the fields of economy and finance.

The UK Government revealed a new version of their post-Brexit agriculture legislation as part of a radical shift to move subsidies away from the EU Common Agricultural Policy (CAP) system of direct payments, which correlates payments with the total amount of land farmed.

An agreement reached in the early hours of Thursday between the federal government and representatives of the four German coal states won’t bring the country much closer to reaching its climate goals, analysts said.

London also needs to provide £1.8 billion (€2.1 billion) per year to the poorest regions of the country to mitigate the loss of EU Cohesion funds, as part of a new Shared Prosperity Fund, according to a new report.

German Chancellor Angela Merkel is hosting talks aimed to end the crisis in Libya and has invited the US, Russia, China, UK, France, Italy, EU and the UN as well as the two rivals for control of Libya Faiez el-Serraj, Prime Minister of the UN-backed Government of National Accord (GNA) in Tripoli and the Tobruk-based Libyan National Army, led by General Khalifa Haftar. An invitation was also sent to Turkey, the African Union, the Arab League, the Republic of Congo, Algeria, Egypt and the United Arab Emirates.