The Brief – Solidarity with the South 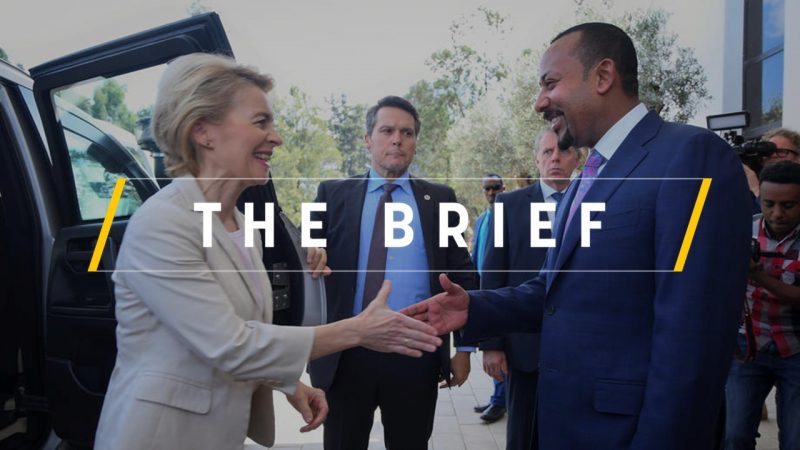 ‘Solidarity’ is one of the most overused words in EU discourse. There’s plenty of talk of needing it to combat the health and economic challenges of the coronavirus. What a shame that when it comes to actions, solidarity is in such short supply.

The solidarity required to combat a pandemic seems obvious to scientists and most pundits. But it is largely missing in the EU.

Italy and other eurozone countries are calling for jointly issued coronabonds as they seek to avert a new debt crisis. With a debt burden already at 135% of GDP, Rome would struggle to avoid default if the coming recession is as deep as feared. Yet, Germany and the Netherlands remain as intransigent as ever.

But the need for solidarity extends beyond the EU’s borders.

Earlier this week, African finance ministers requested support from the EU, IMF and World Bank for an immediate emergency economic stimulus worth US$100 billion as they face up to the pandemic. That would include the waiver of all interest payments, estimated at $44 billion for 2020, and potentially for at least two or three years for all African countries.

Given that one of the European Commission’s final pre-COVID pandemic announcements was to launch its EU-Africa strategy, aimed at reinvigorating trade and political relations with, in the Commission’s lingo, Europe’s ‘sister’ continent, it’s not unreasonable to expect that the EU might look south of the Mediterranean Sea.

For one thing, a devastating pandemic in Africa would herald a new north-south migration crisis.

Besides, $100 billion is small potatoes in comparison to the €2 trillion worth of financial rescue measures already announced by European governments.

Yet the early mood music from Europe and the United States is that they would rather focus on their own back yard. Last week’s G20 and European Council summits broke up without a mention of financial rescue programmes for Africa, or indeed, anyone outside the wealthy club.

That blinkered approach may make sense in the court of domestic public opinion, but geopolitics is continuing apace and a fortress Europe approach will only further weaken the bloc’s status and influence on the world stage.

While Europe and the US dither and delay, China is quietly winning the COVID-19 PR war, offering medical equipment and software to developing countries. That won’t translate into an economic gain for Beijing – yet – but it is an easy and unchallenged diplomatic victory.

“Will the space to look beyond the European borders be there to comfort the strategic southern neighbour?” asked Carlos Lopes, the African Union’s chief negotiator on the post-Cotonou agreement covering EU-African trade.

It’s a good question and, as Europe’s north appears unwilling to help its own southern member states, the answer is currently ‘no’.

Eleven of Europe’s centre-right political leaders have asked Donald Tusk, the president of the conservative European People’s Party (EPP), to expel Hungarian Prime Minister Viktor Orbán’s Fidesz party from its ranks, according to a letter seen by EURACTIV.com

While you enjoy working from home, make sure you have a look at our weekly newsletters on foreign affairs, digital and agrifood to catch up with all the latest from the EU’s policy sectors.

The Hague and Vienna are insisting on including stricter conditionality attached to loans for coronavirus-hit countries, toughening up the formula proposed by the eurozone’s bailout fund (ESM).

The EU’s next long-term budget should be a key instrument in the recovery plan to confront the huge economic consequences of the COVID-19 crisis, European Commission President Ursula von der Leyen said.

Some 53% of consumers are willing to pay for news in the future and as many as 70% for entertainment, according to a report by the World Economic Forum.

The coronavirus pandemic has led to a flood of disinformation: Fictitious numbers of infection, ineffective treatments or false insider information. Austrian digital expert Ingrid Brodnig, who monitors such cases, explains to EURACTIV Germany how and why coronavirus created a breeding ground for disinformation.

Poland, Hungary and Czechia failed to fulfil their legal obligations under EU law when they refused to participate in the relocation system for refugees in 2015, the European Court of Justice ruled.