The Brief, sponsored by EDAA – Deal with the real issue in the Mediterranean 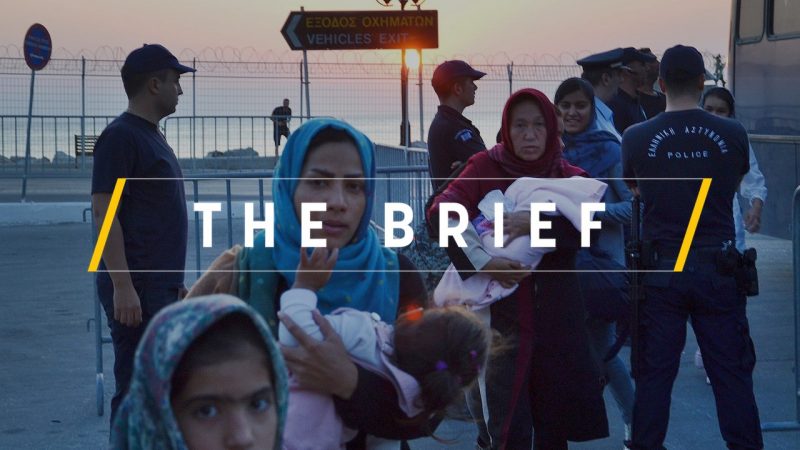 Last weekend, Italy, Malta, France and Germany reached a deal on sharing the burden of asylum seekers who arrive via sea from North Africa. On the surface, it’s a welcome humanitarian initiative that will help save lives in the central Mediterranean.

Under the plan, rescued migrants will be distributed to other member states within four weeks, while under current EU rules, refugees and asylum-seekers are supposed to stay in the first country they arrive while their cases are being processed..

“From today, Italy and Malta are not alone. There is recognition that these two countries represent the gateway to Europe,” Italian Interior Minister Luciana Lamorgese said.

One could say this deal was made to shore up the new Italian government, after Europe’s inaction on migrants coming to Italy had helped stoke xenophobia in the country and bring far-right leader Matteo Salvini rise to power. Salvini is now gone and the EU probably felt that the ‘decent Italian government’ needed a friendly gesture.

Some malicious thoughts suggest that the brief “Salvini interlude” was somewhat helpful in bringing this about as Brussels tends to listen more carefully to bullies than to nice guys.

But there is a nagging feeling that the latest deal sidesteps the real problem and that the  EU – not for the first time – is turning a blind eye to a potential disaster lurking around the corner.

The numbers of rescued migrants and refugees from North Africa can hardly compare to the slowly brewing migration crisis on the other side of the Mediterranean, which is basically the real problem: the rising numbers of migrants coming to Greece and Bulgaria from Turkey, which the EU once again tries to put aside.

Why? Because no one truly dares to find a permanent solution to this, as long as Erdogan sits on the other side of the table. But also because an all-encompassing solidarity solution among all 28 member states seems impossible to reach.

The arrivals of migrants and refugees to Greece have reached a two-year high. Greek media report that only in the last two days, more than 750 refugees and migrants have been either rescued from the sea by the coastguard or reached the shores by themselves.

Meanwhile, Brussels and Ankara have launched a blame-game on whether Turkey has received the EU money that was pledged in 2016.

But the Commission’s new guardian of the ‘EU way of life’, Margaritis Schinas, probably should not worry too much. For Erdogan, migration is just a pressure tool to advance on real issues related to gas and oil activities in the eastern Mediterranean.

More trouble to come for the UK. Boris Johnson’s proroguing of parliament is ‘unlawful, void and of no effect,’ the country’s Supreme Court ruled.

Russia, the world’s fourth largest emitter, has formally adopted the Paris Agreement, drawing an end to months of national tensions on the subject.

The European Commission said it was aware of the recent increase of migrants coming illegally from Turkey into EU members Bulgaria and Greece, but dismissed any immediate plans for a possible new migration deal with Ankara.

Google has fended off a landmark legal challenge from the French data protection authority after the EU’s top court ruled that the search engine giant does not have to apply ‘right to be forgotten’ rules globally.

The added-value of Commissioner-designate for agriculture, Janusz Wojciechowski, is that he is aware of Eastern Europe’s specificity when it comes to farming policy, Polish farm minister Jan Krzysztof Ardanowski told EURACTIV’s Gerardo Fortuna.

ECB President Mario Draghi urged EU co-legislators to set up a fiscal capacity to counter the eurozone’s economic shocks, while he warned of the worsening economic outlook in his farewell debate with MEPs.

The collapse of Thomas Cook, the world’s oldest travel company, will put the new EU Package Travel Directive to the test.

Seven people have been diagnosed with measles in Zagreb in the past two weeks. Will more cases of this highly contagious virus occur in light of the rising anti-vaccination campaigns?