The Brief – Trump and the gatekeepers 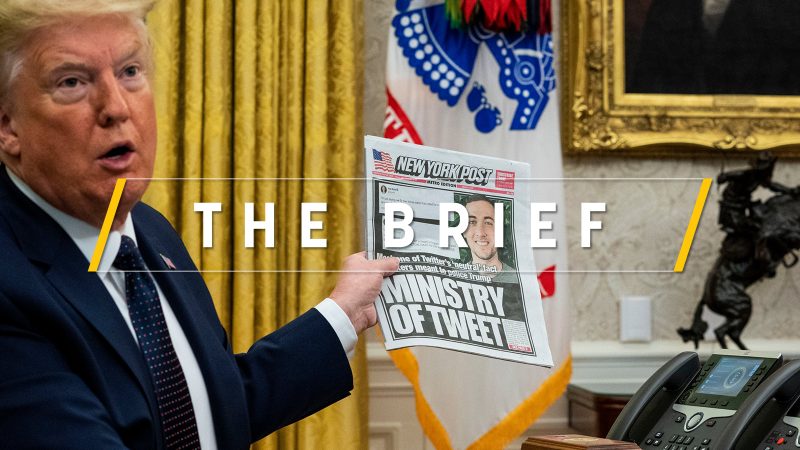 In the world we used to know, Donald Trump was a Twitter fan and a big champion of this social media channel. In the last two days, the world is no longer as we knew it.

On Thursday afternoon, the American president attacked Twitter for tagging his tweets from this week about unsubstantiated claims of fraud in mail-in voting. Twitter had added a warning prompting readers to fact-check the posts and Trump went ballistic.

He vowed to introduce legislation that may scrap or weaken a law that has protected internet companies, including Twitter, in an extraordinary attempt to regulate social media platforms where he has been criticised.

Twitter replied that if needed, it would re-locate to Germany.

On Friday the situation escalated, when Twitter hid a tweet by Trump, accusing him of breaking its rules by “glorifying violence” in a message that said looters at protests in Minneapolis would be shot.

The background is racially charged civil unrest, including violence and looting across the United States, after a white policeman killed a black man, George Floyd. Graphic video footage shows Floyd gasping for breath while the white police officer knelt on his neck for several minutes.

Trump condemned the killing of Floyd and promised justice. His subsequent tweet, however, warned that “when the looting starts, the shooting starts”.

A Twitter spokeswoman said CEO Jack Dorsey had been informed of the decision to tag Trump’s tweet before the label was applied. In a thread, Twitter said it had taken its action on Trump’s tweet “in the interest of preventing others from being inspired to commit violent acts”.

What happened is indeed a revolution, and the EU has certainly played a leadership role in the process.

Asked to comment on Friday, European Commission Executive Vice President for the digital agenda, Margrethe Vestager, modestly said that the giant platforms, also known as the “gatekeepers”, were no longer purely neutral channels as they were 20 years ago.

“And the reason is that we asked them not to be such,” she added.

Twitter’s decision to intervene in Trump’s messages was in stark contrast with Facebook, whose founder Mark Zuckerberg said earlier this week: “I just believe strongly that Facebook shouldn’t be the arbiter of truth of everything that people say online.”

It is indeed difficult to imagine that Twitter or Facebook could fact-check everything that is said online. Maybe AI will do it one day, but we’re not there yet.

But when Zuckerberg admits that “when Europe sets policies, they often become the standard around the world” – isn’t it music to our ears, here in Brussels?

China started to back Russian narratives of Washington-led biological weapon development in Georgia and other post-Soviet countries.

Italians are the least satisfied of all EU citizens when it comes to the bloc’s response to the coronavirus crisis, according to a survey carried out for the European Parliament.

EU competition chief Margrethe Vestager said that the European Commission is not creating obstacles to the German government’s €9 billion Lufthansa bailout and that her services are only looking to remedy potential competition disturbances.

While fossil fuel projects are in theory excluded from EU funding, natural gas will continue to play a key role in replacing coal while helping to build a hydrogen infrastructure at least cost, EU climate chief Frans Timmermans said.